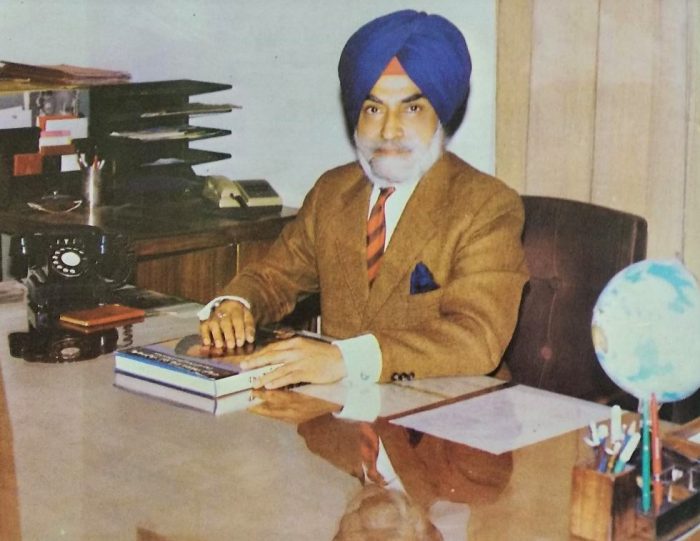 Gp. Capt. Amar Jit Singh Grewal did his early schooling privately under two Englishmen Major Jarvis and Mr.Walkem, and then completed his school education and graduation at Lahore. Later, he did his Masters in English from Government College, Ludhiana. After a course in journalism, he worked freelance with ‘The Statesman’.

In 1952, he joined the Indian Air Force. In 1957, he did the basic course in mountaineering, following it up with the advanced course at the Himalayan Mountaineering Institute (HMI), Darjeeling.He was part of India’s first expedition to Mount Everest under Brigadier Gyan Singh, but had to abandon his attempt to scale the peak barely 750 feet away from the summit, due to bad weather. Later, he climbed Mount Neelkanth.

He was the Director, Indian Supply Mission, London, from 1967 to 1972, and a member of the Board of Governors of St. Paul’s School, Darjeeling. From 1973 to1977, he was Principal at HMI, Darjeeling and later at Nehru Institute of Mountaineering, Uttarkashi. His hobbies included photography, trekking, journalism and shooting. He is a Fellow of the Royal Geographical Society, London, and a member of the Alpine Club, London. 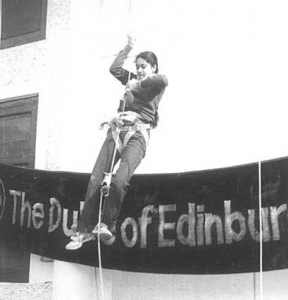 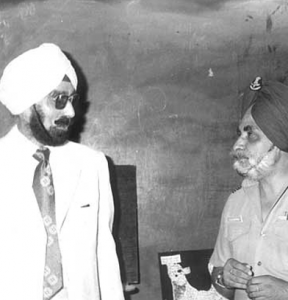 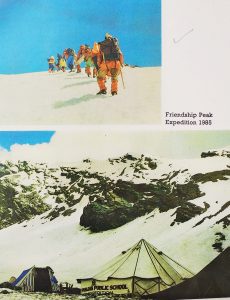 The pictures show activities related to adventure under The DEAS scheme; With Lt Gen Harbaksh Singh a long time board member and Army Commander western Command; The Friendhip peak expedition.

When he joined The Punjab Public School in 1979, the School was going through a lean patch. There was lack of activities for the characteristic needs of teenage students involving adventure and creativity. Within no time, he introduced activities that animated the campus. The World Wildlife Club and Hiking Club sprang up quickly and the school was abuzz with action. Judo and Karate coaching was also introduced. His vision was to create a future generation which would not only “do well” in the materialistic sense but also aspire to excel spiritually, morally and intellectually. He wanted to raise a generation which would set an example in simple living and high thinking. He dreamt of PPS alumni proving themselves as efficient administrators, honest businessmen, gallant soldiers and dedicated and clean politicians. 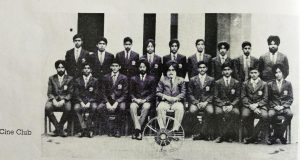 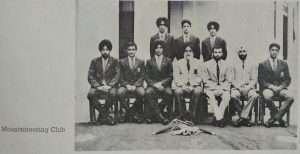 To prevent encroachment on School land, Gp. Capt. Grewal had the boundary wall constructed around the entire school. He also introduced the concept of SUPW ((Socially Useful Productive work) in the school to raise awareness levels about social work among students. In March 1980, he launched an ambitious project to plant 5,000 trees on the campus. The Rose Garden on the land adjacent to the Hospital, was started with more than 30 varieties of roses which continues to enchant visitors. Later the Cacti Garden was conceived and laid by the School Horticulture Club. Two new Tennis courts were also constructed.

The School Horse Riding Club was started in July 1981, and 25 enthusiastic students immediately registered themselves as members. The PPS conducted it first Equestrian Display at the annual Athletic Meet in November that year. The event continues to be a show-stopper for visitors and guests. Mountaineering and hiking activities reached their zenith during the tenure of Gp, Capt. Grewal with trekking trips to Rohtang Pass, and Pindari and Kolahai glaciers. With regular adventure courses at NIM, Uttarkashi, and HMI, Darjeeling, The PPS firmly established itself as one of the pioneers and torch-bearers in mountaineering. 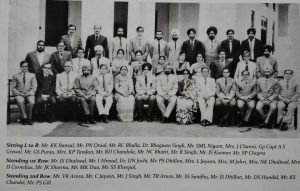 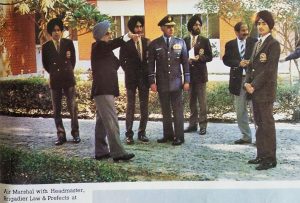 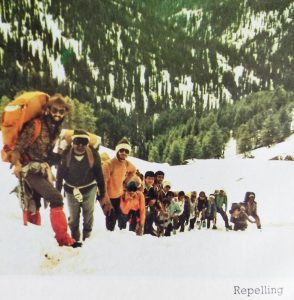 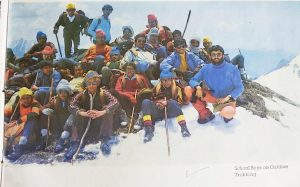 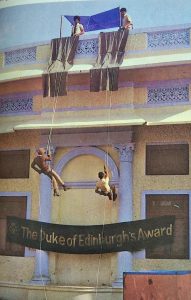 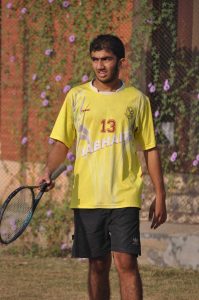 It was during his tenure that The Old Nabhaites Association was formally launched by the Old Nabhaites. Dr Jashanjot (S-52,1967) approached him for school support. Mr Grewal not only fully supported but also encouraged the Association to establish itself. The front right dome of Kairon Block was designated for ONA office by converting it into a room and providing essential furniture. The School office was used for postal and official work. Gp. Capt. AJS Grewal was also made the first ex-officio President of the Association by the ONA. 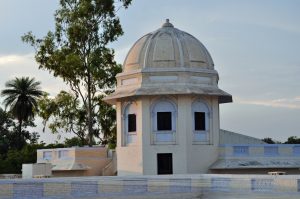 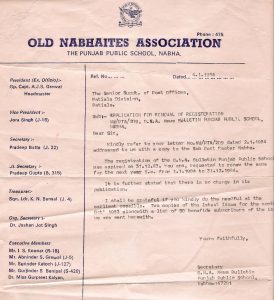 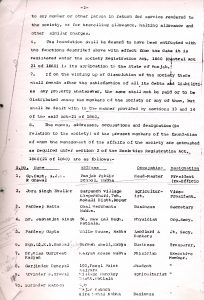 There were two changes he brought in school which were not acceptable to many. He changed the eagle in the school logo; This was not appreciated by many older nabhaites, as Public schools follow traditions, without such changes. it was later reversed to older design. Another deviation he made from tradition was that he shifted the Founders’ Day to Diwali break usually in October, perhaps for cooler weather and Diwali break. This has now been reversed to original and actual Founders’ Day in April when school started. 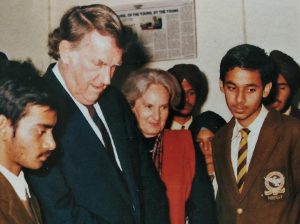 The logo made by founders and Founding Headmaster Mr.JK Kate, and the changed logo of Gp. Capt. AJS Grewal. Sir Edmund Hillary and wife interacting with school children. 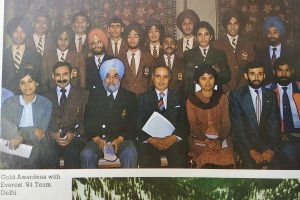 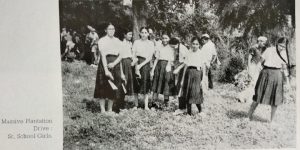 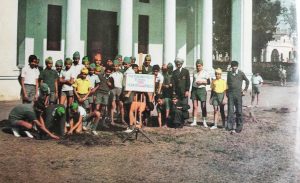 The Headmaster with Duke of Edinburgh’s Adventure Scheme Award winners; The tree plantation drive, when 5000 trees were planted in India by the Nature Club. 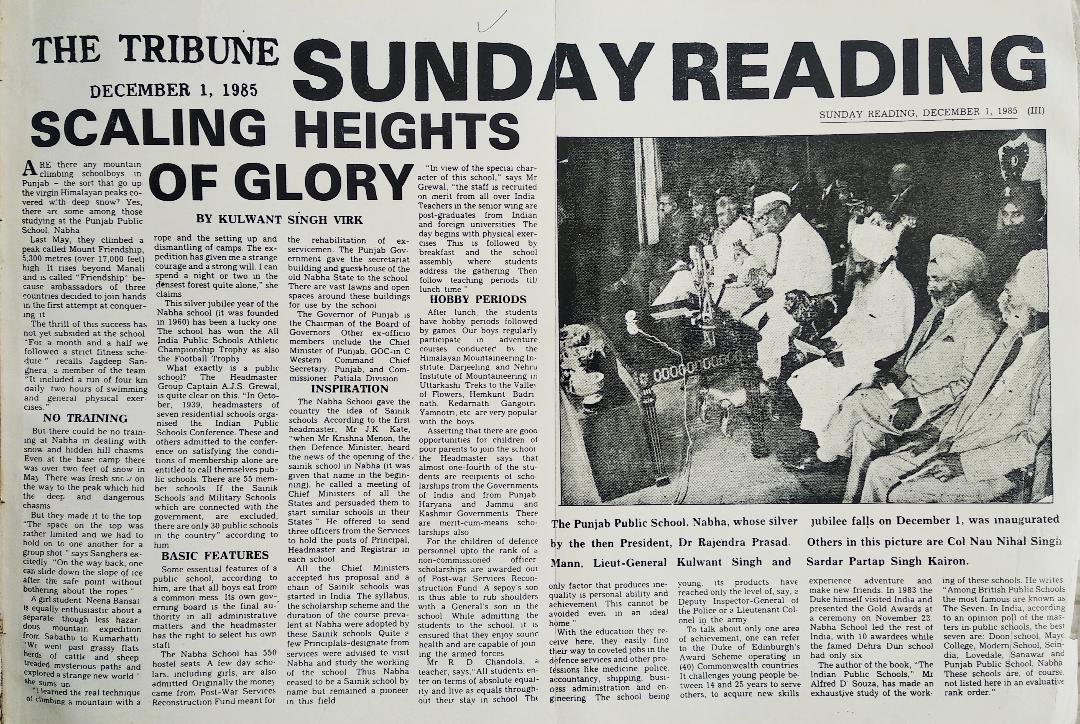 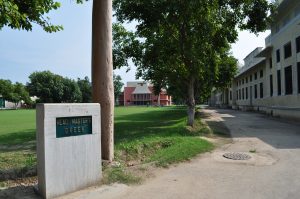 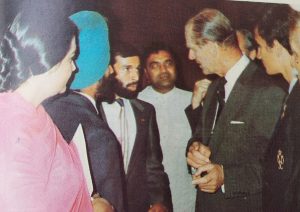 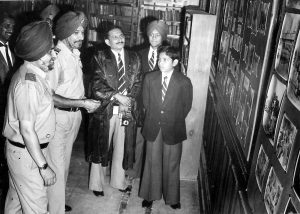 The School’s Silver Jubilee Celebrations were held under the helmsmanship of Gp. Capt. Grewal. In 1988, he held additional charge of looking after Dashmesh Academy, Anandpur Sahib.The last few years of his tenure were marred by extremism sweeping Punjab those days. The school was affected too. The students had fights, the support staff and some teachers formed unions. The school executive committee set up an inquiry to improve the school. Under given circumstances, Gp. Capt. Grewal resigned as Headmaster on May 15, 1991, after serving the School for more than a decade. During majority of his tenure the School scaled new peaks of glory.