Inder Bir Kakar, an educationist par excellence, dedicated his life for the development of children.  Born in 1929 He completed his post-graduation in Physics from Aligarh Muslim University. Mr. Kakar stated his professional career as a Physics Teacher in Delhi Polytechnic (Delhi College of Engineering and Technology) in Delhi. 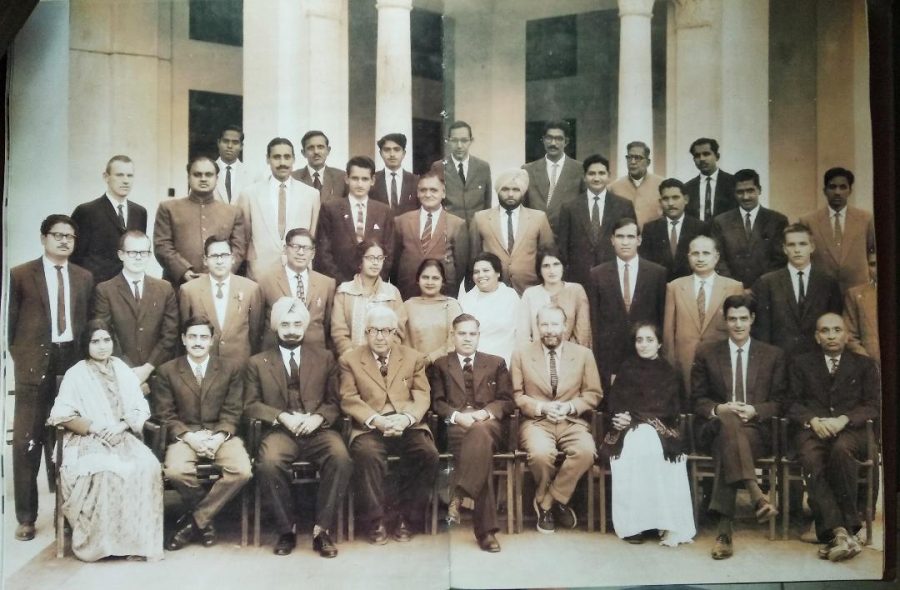 Mr IB Kakar as part of the elite staff of 1960s. He is in the first row standing ,fourth from left 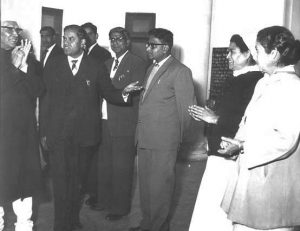 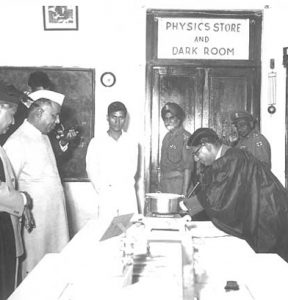 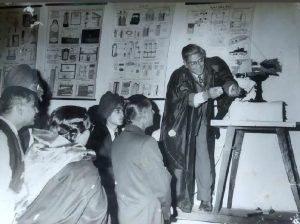 Mr IB Mr Kakar looks on above Mr Kate’s arm as ladies of staff are introduced to a chief guest. Other two pictures show Mr Kakar involved in the Physics Exhibition of Founders’. 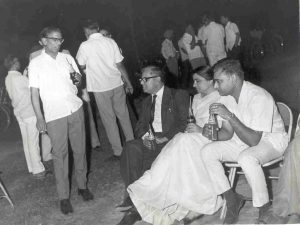 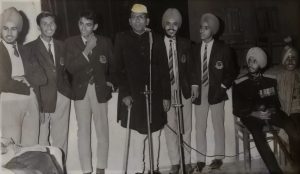 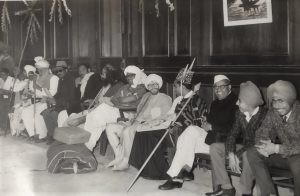 Mr IB Kakar on the left with MR JK Kate at latter’s farewell, Mrs Kakar is sitting with Mr Kate and Mr RC Bhalla looks on. Other two pictures are of the ‘Fancy dress’ farewell party of 1970 batch.

He joined the elite group of teachers at The Punjab Public School Nabha in 1962. He served the School in the capacity of Beas House Master and as the Head of Physics department until 1977.

In the year 1977 Mr. Kakar undertook the task of fulfilling one of the dreams of our former Prime Minister Mrs. Indira Gandhi for imparting quality education to the less privileged children of our Society. Thus he came to head The  Navyug School, a prestigious institution. This was funded by the Government of Delhi and under his able leadership reached great heights. 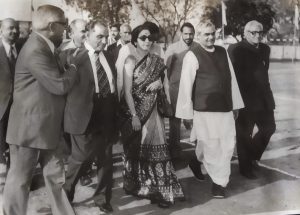 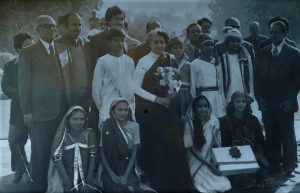 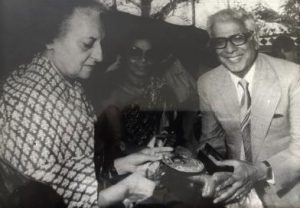 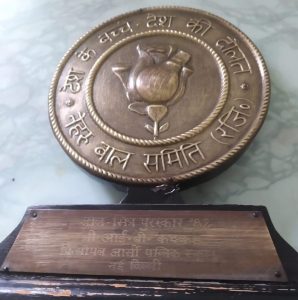 Recognizing his efforts and contribution to the cause, the Government of India conferred him with the prestigious “Bal Mitra” (friend of the child) award. The award was personally handed over to him by PM Mrs. Indra Gandhi on 16th March 1983.

During his tenure at Navyug, the First Lady of United States of America Mrs. Rosalyn Carter visited School. 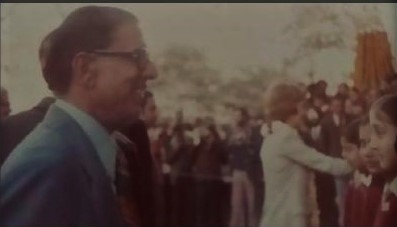 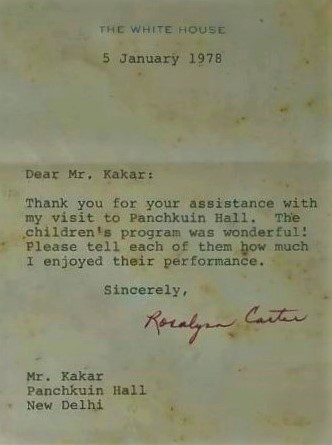 During his tenure at Navyug School the First Lady of USA Rosalyn Carter visited the School.Pictures show her in School and a letter shoe wrote to Mr. Kakar.

A celebrated Author he wrote nineteen books in Physics which were published by renowned publishers viz Oxford University press and Orient Longmans. List includes a series for NCERT. He was also for some time Physics Head Examiner, CBSE, 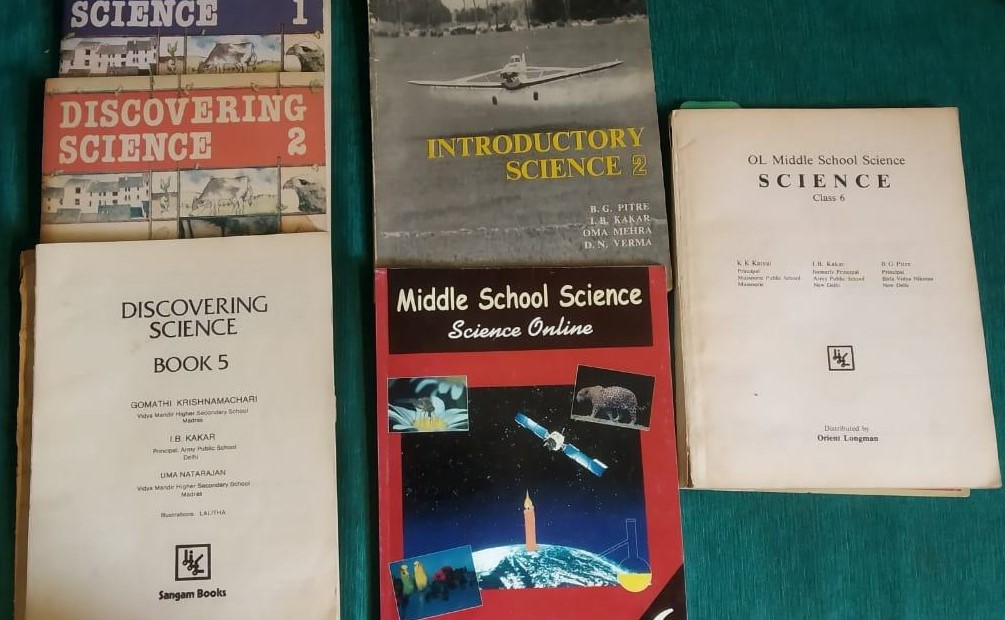 Some of the many books written by Mr IB Kakar.

Mr. Kakar left for his heavenly abode in 1984 while performing his duties as the Principal of the prestigious Army Public School Dhaula Kuan, New Delhi. He had moved there after a fulfilling tenure with Navyug School.

In September 1965 , the staff club was started. In a Badminton competition, Mr.Johri and Mr.Kakkar joined hands to lift the doubles trophy.

In August ,1968, Mr. I.B.Kakkar was also awarded a scholarship by the British Council to study for four months in England to learn new techniques for teaching of Physics.

In July 1969, On his return from England Mr.I.B.Kakkar took over the reins of Senior Beas House from Mr.Sibal who shifted base to Sutlej House in the absence of Mr.Y.P.Johri.

In September, 1969, After the teachers, it was Mr.G.S.Punia, the school Bursar who was awarded a British Council visitorship. While he was away, Mr.I.B.Kakkar officiated as the School Bursar.

In April, 1977, Mr.I.B.Kakkar, the wizard of physics and the former housemaster of Beas House bid adieu to the School after a dedicated service of 15 years and a special assembly was organized to bid farewell to him. He took up the appointment of Principal at The Navyug Public School New Delhi.

In an article ‘Pride of Punjab’ (on early years of school) by Mr. JK Kate written at the time of Silver Jubilee, in 1985 he wrote ;

Mr. KakKar worked very hard to improve upon Physics results. It was no surprise that many science students ended up with distinction in Physics.

As a student, I remember he laboured very hard as he was very keen that all his students did well in the exams. He used to be as anxious as the students on the day of the exam. He took great personal interest and put in a lot of effort for the well-presented Physics exhibition, every year on Founders’ Day, as pictures will tell you. – Jashanjot (S-52,1967)