Dr. Satish Jain, MD, DM, FRCP, R107,1970 Batch is another achiever of PPS Nabha. At present, he is an Advisor (Cabinet Rank) – Healthcare, Human Services & Family Welfare, Govt. of Sikkim. He is proud to be an advisor and a part of human welfare. What he has achieved today, did he ever think that way back in 1964 when he did his schooling at Nabha he would be fulfilling such a responsible role!

Dr. Satish Jain throughout his life till date has done a lot for the cause of epilepsy, his other areas of interests are Genetics and Social aspects of Epilepsy.

In his very own words, “My only effort is to keep everyone FIT during the lock-down and even otherwise.

Suggest all to watch this video and learn NEUROFIT. It is easy and everyone at any age can do it anywhere.” This is what a true Nabhaite is! Always thinking ahead and finding ways to empower and help people.

The video shared below has been made in collaboration with Ratna Shukla Anand who was a Senior Correspondent with ABP News.

Dr. Harshbir Pannu S-366, another achiever of PPS Nabha and an illustrious doctor amongst the many in our Alumni.

With a vision for the future, Dr. Harshbir Pannu has pioneered two original, innovative, and new cardiac surgical techniques for treating serious and difficult heart ailments scripted as his techniques in the American ASSOC of Thoracic surgery’s official “Journal of Cardiothoracic & Vascular Surgery” & “Innovations” official journal of ISMICS.

This visionary started his journey from PPS Nabha. After passing out in 1977, he did his MBBS & then went on to do Master’s Degree in General Surgery in 1987, followed by a stint of senior residency in AIIMS in cardiovascular surgery in 1989 & then COMPLETED his Post Doctoral (MCH) in Cardiothoracic & Vascular Surgery (CTVS) Surgery from PGI in Chandigarh in 1992. Since 1992 there has been no looking back. His line of work took him from Chennai to New Zealand to Australia (as an advanced trainee of Royal College of AustralAsia) then back to his roots in New Delhi after nearly a decade in various national & international pioneering centres of Heart & Lung diseases.

Practicing Cardiovascular & Thoracic Surgery ( CTVS) since 1992 in various Heart Hospitals in India & Abroad, it was in 2015, that Dr. Harshbir Pannu decided to become an entrepreneur based in Amritsar.

Till date, he has 11,650 Heart, Lung & Vascular operations to his credit & in addition, he is providing CTVS services in Mohali, Bathinda & Ludhiana.

Once upon a time there was this young charming boy who was popularly known as ‘singer’ in PPS. He used to take part in every extra curricular activity and used to excel in it. From playing lead roles in plays to singing, to debates, you name an activity and you’ll find this enthu boy there. This brilliant boy is none other than Manpreet Singh (S-472). He had joined PPS in 1976. He went on to be selected in the Union Territory Civil Services (U.T.C.S.) in the year 1987 and also served in the Andaman and Nicobar islands. Later worked with the Govt of Delhi, before taking V.R.S. in 2010. He did his MBA from FMS, D.U. Presently, he is working with the corporate sector and settled at Gurugram.

Adding another feather to his cap, recently, Manpreet has written a book ‘The Story of a Captain Doctor’, Dr (Capt) Amar Singh Takkar (Ex-IAMC), a war veteran of 2nd WW and 1st Indo-Pak war (1947-48), who also happens to be his maternal grandfather (Nana ji).

The book is a chronicle of the life and times of Dr A.S. Takkar popularly known as Dr Daddy. It’s a tribute to the generations that faced the Partition of India and speaks volumes on one’s grit, determination, jazba, labour of love, stories of those who survived the massacre and struggled as refugees in their own country, and worked hard to bounce back in life.

Enjoy the beautiful moments of the Book Release Ceremony, also you can see the documentary released during the function.
Click on the below links –

Mohinder Paul (Ex-J686) ICSE 1982-1987 batch was a very quiet but well known in school as a Mountaineer who represented PPS and India in national & international expeditions and exchange visits with other countries. Mohinder was presented with Gold Award for DEAS from Ambassador of UK. He was also Jumna House Prefect and best PT Commander for two consecutive years at school. During year XII, PPS sponsored him to go to London to attend Annual Conference of Royal Geographical Society where he was awarded the life membership of “The British Schools Exploring Society, London”, and later became the member of Royal Geographical Society as well.

While studying at college in Chandigarh, he carried on with his passion and became DEAS Instructor at Vivek High School and Shivalik Public school at Mohali and took students from both schools on an exchange visit to N. Ireland. Simultaneously, Mohinder engaged himself in doing Basic, Advanced courses in mountaineering and a skiing course from Kashmir and Manali. He has climbed few peaks to the height of 21000 ft. In Leh-Ladakh area, Himachal Pradesh and England/ Scotland. Mohinder also did Leadership Training Course from N. Ireland.

At Panjabi University, Patiala, Mohinder completed his MBA degree and also completed his B.Ed as well from South. After teaching for an year or so in local town in Distt Mansa, Mohinder got his first break to teach ICSE & IB program in an International school at Bangkok. He achieved fame as a true professional amongst students, parents and staff. Meanwhile, he got his residency for Australia.

Taking it further from there, Mohinder started looking for something more and eventually got recruited as an English Teacher/ Business Trainer in 5 countries via telephonic interviews. He chose a completely different role to be a Business Communications Instructor in the top Business school/ University of Poland where he enjoyed the best time of his life.

Back to Australia, Mohinder got a govt job to teach English and Business Management in a country town College. Mohinder nearly taught 14 different subjects for over 12 years in Australia. He embarked on a change and took Police exams and was recruited as a Police officer. Since then, Mohinder has been enjoying his current role having promoted recently.

Mohinder has traveled around the globe three times covering 62 countries where he was on TV and print media in Australia, India, England and Poland in various capacities and happened to meet people from all walks of life inclusive President of Latvia, office of President Putin, actresses and politicians. Passion of travelling continued still. Next trip is South America to Peru, Ecuador, Columbia and Bolivia 2021.

Mohinder attributes everything to his alma mater and feels proud to have studied from PPS as a result of which he admitted all his nieces and nephews at PPS.

Mohinder is a self made, self reliant and an independent person and a socially helpful person. Single handedly, Mohinder had rescued a poor Punjabi boy lodged in a Prison in Malaysia, got a person arrested in Bulgaria harassing my student in Poland and saved Punjabi boy from going to prison in australia.

Any PPS fellow is welcome to contact/ visit him for any help or first hand advice.

If additional photos to be put up, I attached some:

1. On the top of 21000 ft peak in Ladakh ( with booklet)
2. With Shivraj Patil as a Speaker of Lok Sabha and later as a Governor of Punjab ( half and half)
3. At PM, Rajiv Gandhi’s residence in Delhi during school days ( black and white photo)
4. With Female President of Latvia.
5. With El Salvadoran Army personnel in El Salvador. 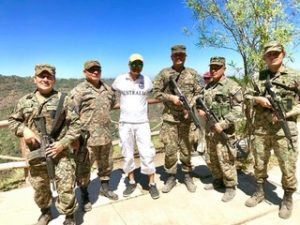 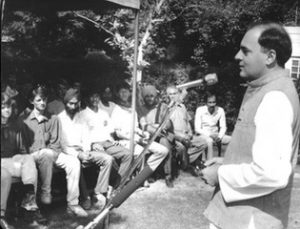 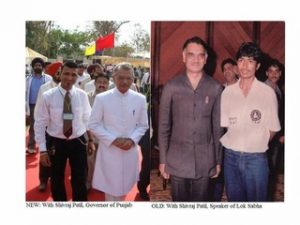 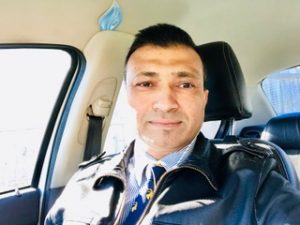 Dr Rupinder Singh Brar, known to friends and family simply as Gorki is a practicing cardiologist in Yuba City, California, where he serves as a member of the Board of Directors of the Adventist Hospital and the Director of the Adventist Cardiovascular Institute.

He finished schooling at The Punjab Public School, Nabha, in India and after obtaining his medical degree, went on to complete a twin fellowship in Critical Care Medicine and Cardiovascular medicine at Rush University Hospital in Chicago.

He is one of the founding members of the Sikh Community Center in Yuba City, where he teaches Sikh history to high school students in his spare time. Over the years Dr. Brar has won numerous awards and honors, including best teacher during his residency years and The Physician of the Year award recently. His non-professional writings include English and Punjabi literature, philosophy, history, culture and anthropology. 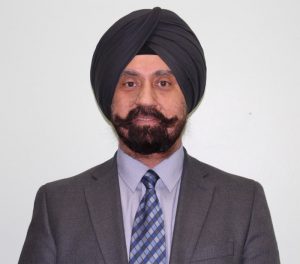 Progressive Intercultural Community Services Society (PICS) is a registered community-based non-profit, multi-service organization serving the South-Asian community since 1987. PICS assists immigrant youth, seniors, women and the local community members by providing a comprehensive network of services and programs in the Lower Mainland, with offices located in Surrey and Vancouver. We provide Employment Programs, Settlement Services, Language Services, Social Programs and Housing Services for our clients. You can visit our website (www.pics.bc.ca) for more information about these programs and services.