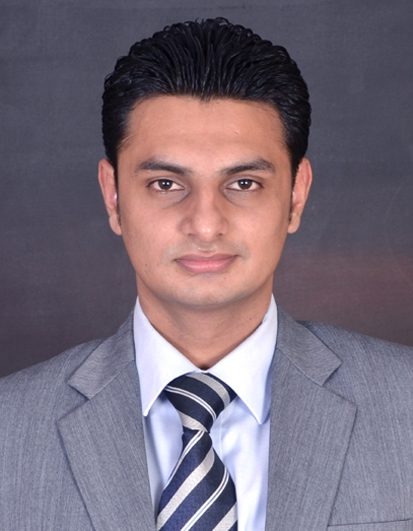 My writing journey began six with the School Chronicle of the Punjab Public School, Nabha, while I was in class. The School Chronicle gave a platform to hundreds of students from all classes to exhibit their writing talent. Mrs. Meena Thapar, the then head of junior wing, upon reading my first article on one of the English festivals, told me that she would send it for the chronicle. This decision took my joy and excitement to its zenith as reading articles in the chronicle by several other students, I had always felt like seeing my writing there; it was actually like my dream. Finally, as the article appeared in the Chronicle, I wrote a letter to my parents to especially inform them of my achievement. They were equally elated to read my article and name in the chronicle. Their encouragement accompanied with the galvanisation of many other teachers at school made my pen never stop!  My writing inspiration also comes from my maternal grandmother (naniji), Mrs. Swaran Kaur Bal, who is a Punjabi writer and often encouraged me to write.

As I entered middle school, I picked up many social issues and topics that could influence both the youth and the society. Above all, I wrote about whatever touched my sensitive mind. Soon it became a tradition that each month my articles would appear in the school chronicle. Appreciation came and grew from my classmates and also from many juniors and seniors. Interestingly, due to love for writing which had almost turned into a high passion, I was often spotted inside the chronicle room or waiting outside for it to be opened by the chronicle in-charge, Mr. Chandel Sir, who was also an English teacher. He also played a vital role in inspiring me to write on various topics and often suggested various ways on beginning or concluding any piece.

When I participated in any debate, public speaking or declamation contests, I always ensured that I wrote the text on my own rather than consulting any essay book. For the same reason, my speeches were able to connect with most students. Had I been bookish, I feel, the reverse may have been the case. I also feel when one expresses something from the heart, it provides an altogether unique experience.  I remember Headmaster Mr. MS Bedi appreciated my speeches many a times in front of all in the morning assembly.

By the time, I reached tenth grade, my interest grew also in Letters to the Editor column of various English dailies. With the help of my English teachers, I traced postal addresses of different newspaper offices to which I would regularly send my articles. Sometimes, they appeared and sometimes they did not. I was more regular with ‘The Tribune’ and ‘Hindustan Times’.

Although I had left the school after tenth grade, I continued writing even after joining DAV Public School, Amritsar. At least twice a week after school, I would personally visit the office of Hindustan Times and The Tribune located at Lawrence Road to hand over my letters. At times, I also used to tell my father to submit my letters there. I would be on cloud nine whenever I saw my name and informed everyone about it. I kept all cut-outs of the columns that carried my letters. I would rush to the photo-copy shop to keep more copies. Soon, my passion for writing became famous even among my relatives, including those abroad, due to which I got many ‘rare pens’ as gifts.

After wrapping up my schooling, I took off to beautiful Switzerland, called ‘Heaven on Earth’, where I completed my three-year graduation in Hospitality Management. During those three years, I travelled all over Europe.  It gave me great exposure.  I travelled to London, Venice, Vienna, Munich, Stuttgart, Paris and many more destinations. I wrote travel pieces on the same and I contributed regularly to travel diary column of HT City. Luckily, each of the travel pieces appeared in print and infused immense confidence in me. Experience in the hospitality industry, made me meet people from across the world and greatly opened my mind and widened my outlook.

Later, I returned and began working in the Front Office department of a luxury hotel in New Delhi (Hilton) for two years, followed by another year at Radisson in my home town, Amritsar. I continued to write. Not many know that I took out time to write while doing full-time jobs. I began with personal experiences columns (Middles) but my core contribution was in Hindustan Times. In January 2013, I left my hotel job as I planned to go back to Europe. However by June, I got an opportunity of a full-time job with Hindustan Times in Amritsar which I accepted and thus continued to live in India.

Prior to joining HT, I often became ‘Reader of the Week’ in HT’s debate columns with readers but wasn’t sure if I would work full time for any newspaper. However, my core interest is in feature writing than in regular news reporting. For writing features, I am very excited and ensure that I always come up with some interesting and different idea. For my vocabulary, I have maintained diaries and notebooks in which I sincerely and regularly pen down new words, proverbs and quotations that I often use in my feature stories. In the near future, even if I return abroad, I will always continue writing as I love it! I also love interviews whenever I do them. So far, I have interviewed many famous people including many actors and singers from both Mumbai and Punjab. Some of the names are Anupam Kher, Shilpa Shetty, Soha Ali Khan, Varun Dhawan, Neeru Bajwa, Mandira Bedi, Sussanne Roshan Khan, Malkit Singh, Dharmendra, Jazzy B and many more. I am more than grateful to everyone who has supported me in writing including my wonderful parents, seniors and of course our senior resident editor of HT.

For my work so far, I have enjoyed doing stories with youth on various themes as well as many other kinds of stories for which the list may never come to an end.

Warm Bond with School Chronicle from PPS Nabha: As School Chronicle was my first platform for writing, I have still kept all copies of the chronicles that carried my articles. They are all kept with respect at my home. After every few years, I love to explore them along with a cup of coffee. It is a great experience!

(The writer is an Old Nabhaite and HT correspondent based in Ludhiana. At School he represented his House in all debates, declamations, public speaking and House shows. He stood first or second in most such events and each month other than personal columns, he also wrote House reports for the School Chronicle.)