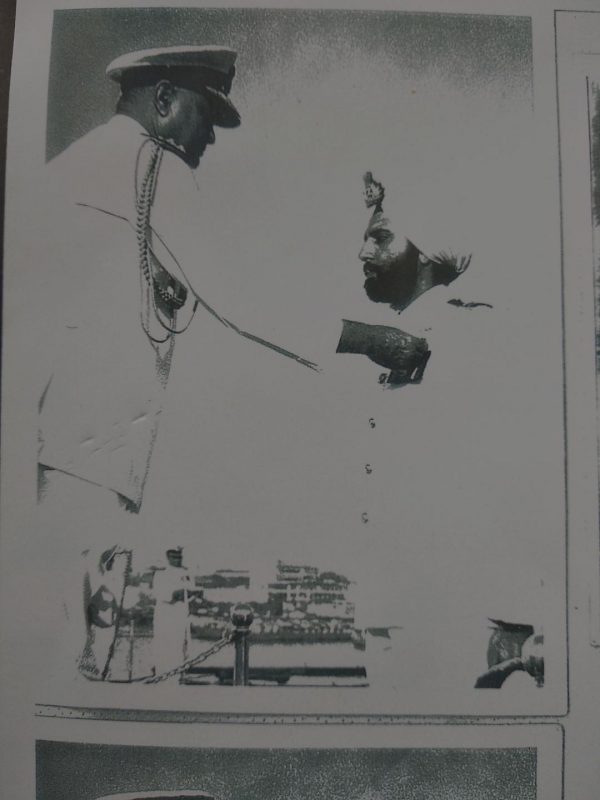 (The sinking of the INS Khukri 1971 war read to know what happened ?and citation of brave Madanjit Singh Ahluwalia (S-32,1964) who survived. He was son of first senior master of school Dr Surjit Singh Ahluwalia.)

Regarding the sinking of the Khukri- I was a sub-lieutenant then. The Fourteenth Frigate Squadron had been despatched for hunter-killer operations to patrol the northern approaches to Mumbai harbour. Khukri, Kuthar, Kirpan were proceeding in formation about thirty miles west of Diu Head when Khukri was struck by a torpedo. It hit us in the engine-room area, close to the ship’s magazine. The resulting explosions must have torn some good-sized holes in the ship’s side because we took on water very fast. Also, the entire after half of the ship caught fire. We had lost electrical power within a few seconds of the torpedo hitting us.

Captain Mulla gave orders to abandon ship about a minute after we had been hit. It was a dark night. Everything had happened very fast and some sailors were standing by the shipside, reluctant to go into the water. We had not had a chance to lower the boats or slip the life-rafts. He urged them to get into the water. On hindsight, Mulla-sahib assessed the situation rapidly and gave his orders in quick succession. He had probably run this scenario through his mind a number of times when he planned for various contigencies that the vessel might face. He knew what to expect if the Khukri took a hit in the engine and boiler-room areas. I am sure that he had also decided then that he would go down with his vessel if it was stricken.

I left the vessel within half a minute of the order to abandon ship. My side of the ship was already in the water by then. I just swam into the sea, taking care to see that I did not get entangled in the guard-rails. I swam away from the ship as fast as I could.

Within two minutes of my leaving the ship, it sank below the waves.
Some life-rafts were automatically released from the ship when it sank to a pre-set depth. I was able to help some of my ship-mates on to these. We spent the night in an overloaded life-raft. The next morning we were picked up by Katchall.

We had lost many good and brave men that night, starting with Mulla-sahib. 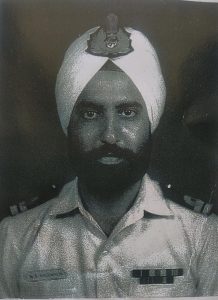 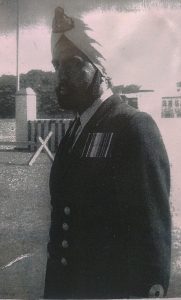 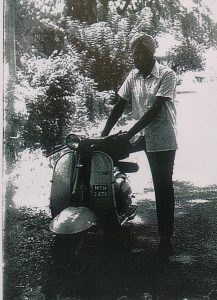 He was keeping watch on the Gun Direction Platform of Indian Naval Ship KHUKRI when the ship was torpedoed at about 2055 hours on 9th December 1971, while carrying out hunter-killer operations for enemy submarines in the northern approaches off Bombay.

From the life-raft Sub-Lieut. Ahluwalia twice again entered the extremely cold and dark waters on hearing cries of distress and saved the lives of G. Singh, LME, and K. Singh, ME.

Sub-Lieut. M.S. Ahluwalia’s actions on that pitch-dark and fateful night were thus responsible for saving the lives of four of his ship-mates.  His complete disregard of his personal safety whilst performing these noble acts of gallantry were well beyond the call of normal duty, and in the finest traditions of the service.

(It should be pointed out that Madanjit had learnt drown proofing and life saving in The PPS with Mr Dick Pine the Peace Corps worker who taught swimming -Dr Jashanjot(S-52,1967))