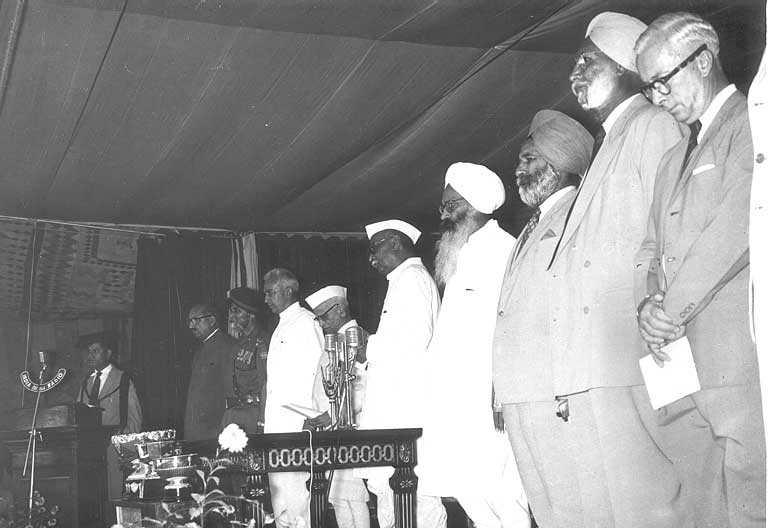 Just before 2010, the Golden Jubilee Year Celebrations of The Punjab Public School, Nabha, I felt it was a good time for the earliest Old Nabhaites like me,  to collect material, for telling the story of the origin of this great School.  Later, it may be too late.

The credit for setting up of the School goes to the mercurial Chief Minister of Punjab at that time , Sardar Pratap Singh Kairon and the Founding members like Lt. Gen Kalwant Singh and Col Sardar Naunihal Singh Mann and Sardar HS Achreja, IAS the Secretary, to the Governor of Punjab NV Gadgil, as well as Honorary Secretary of the Post War Services Reconstruction Fund (PWSRF). The Governor was the Chairman of the Fund.

Below is a collection of documents that tell the story of how the idea of the School evolved and how these great personalities went about implementing a  unique project for the future of Punjab State and the young new free country, that is India. These loose documents,  are from the personal file of Lt. Gen Kalwant Singh which I got from his daughter Mrs. Amrita Bedi. These documents tell the story of setting up of the great Institution as it unfolded in 1959-60. I have tried to arrange the documents in sequence after going through them.

I did approach Mrs. Karan Kaur Brar , MLA Muktsar who is daughter of Col  Sardar NS Mann for any documents left by him related to origin of our School. He served as a member of the Board of Governor for the longest period. Unfortunately, she could not find any at any of their houses.

I hope those interested in the origin and roots of The Punjab Public School will find these documents, to say the least, interesting. The first page is a list I made of all the documents. This is followed by each of these documents, in serial order. I hope it is convenient for a serious student of School History. After the Document -3,  are scanned copies of the Rules and Regulations and MOA for the School, as drafted by the Sub-committee.  At the end of the documents from the files is a scanned copy of the Registration Certificate of The Punjab Public School, Nabha. It was registered in 1968, under the Punjab Societies Act of 1860. The last page is a compilation of dates and different happenings on those dates.

Below is the link to open these documents in serial order. 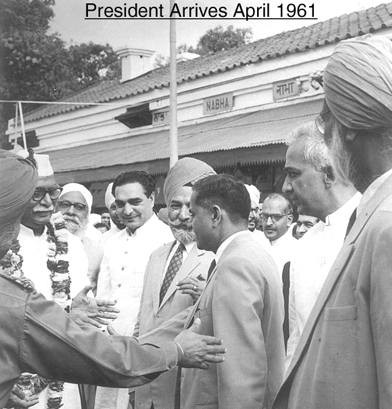 Receiving the President, Dr Rajendra Prasad at the Nabha Railway Station. Mr J. K. Kate being introduced to the President. Looking on is General Kalwant Singh. On his right is Chief Secretary of Punjab Mr Mangat Ram, ICS. Colonel Sardar Naunihal Singh Mann (in turban) is extreme right, partly seen. All  Members of Board of Governors of the School, in 1961. 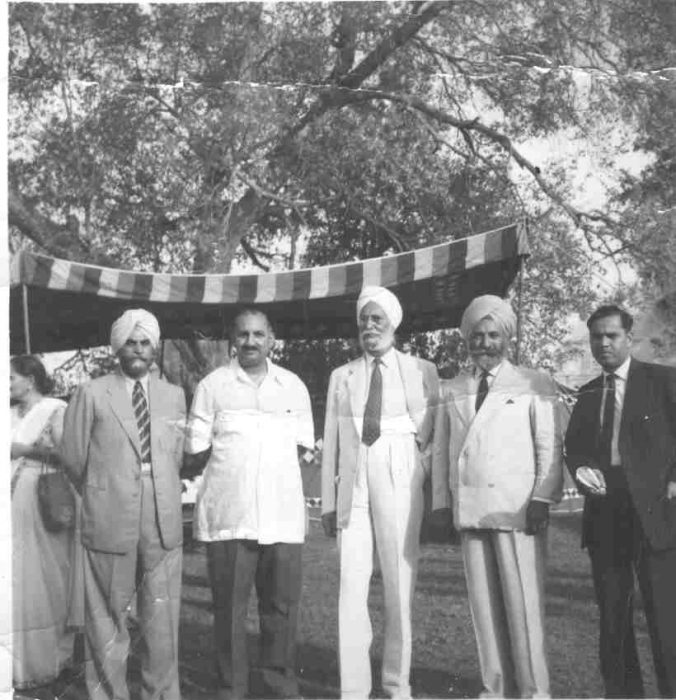 At the Inauguration of The Punjab Public School, Nabha on 11th April, 1961. Happy ! at their accomplishment in getting the School off the ground are the Board Members Brig. Gurkirpal Singh (Area Commander) , Choudhary Raghvendra Singh, Col Sardar Naunihal Singh Mann , Chairman of the Sub-Committee, for the School Lt.Gen. Kalwant Singh (last three were Founder Members)  and  Mr JK Kate the Founder Headmaster and Secretary of the Board.

« Previous article
"Pangs of writing the Chronicle and the School Van of 1960s" Next article »
"On Being The Cricket Coach!"