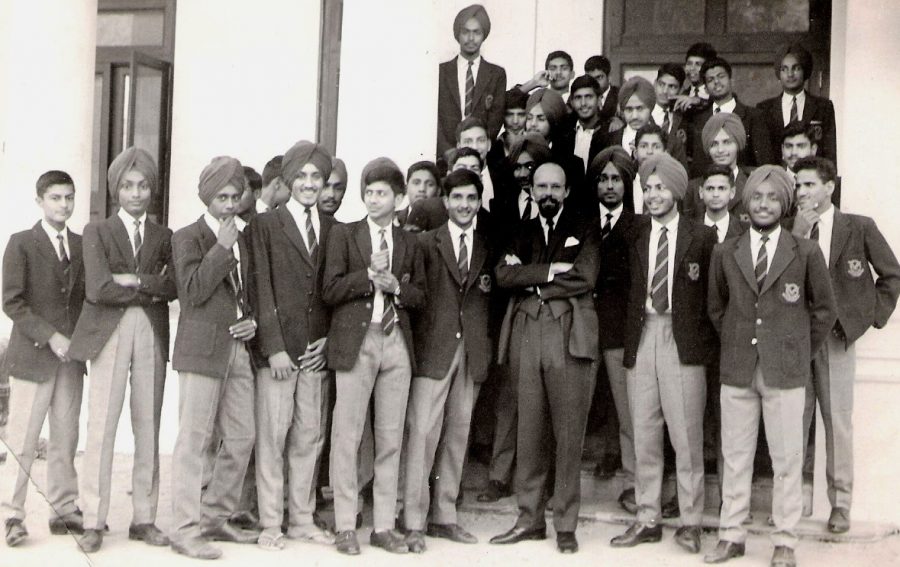 Though DEATH is sure and certain, and it has to follow BIRTH; it is an extremely sad occurrence to COPE with.  Death of someone close is always a loss.  Early in life, death of a grandparent, or someone from the older generation, though extremely painful, (and probably the first time one experiences the phenomenon), is eventually accepted as inevitable! As one grows and time passes, one keeps learning to cope with Death.  Death of someone from one’s own age group, generation, however, brings one closer to the fact of the fragility of one’s own existence!

It was extremely sad to learn of the passing away of, not ONE, but TWO of my classmates in a single article of THE EAGLE! Their images are still very very crystal clear in my mind’s eye!

JOHN STERLING’s words came to my mind on reading the sad news.

This our hope for all that’s mortal,

And we too shall bust the bond;

Death keeps watch besides the portal,

But ’tis life that dwells beyond.

What can one possibly say or add about a person whose very name “TAARIF ”!!! personified admiration! I had the honour to be in the same house (Jamuna), the same N.C.C. Naval Wing, and the same class as Tarif.  He had to repeat one class (the 9th or was it the 10th?), because of his inability to come to grips with the English Language! He was a simple soul.  He had his basics very clear.  For him there were only two classes of people.  The agrarians (read that as fighters), and the urbanite fats! For him I was the urbanite LALA! He always called me that! And believe me, it NEVER hurt.  A lot of OTHER nicknames most certainly DID: they were extremely pejorative to say the least!

At an N.C.C. Naval Wing camp, near Dharamshala, in the summer of 1967, I had bandages on both my hands.  Water for bathing and washing was accessed by going down a near sheer drop of hilly terrain some 150 feet.  Tarif really mothered me throughout the duration of the camp, be it for washing / bathing, or to reach different locations around the Camp for different activities.  Tarif never left my side even when we visited Dharamshala Town prior to the break of Camp! 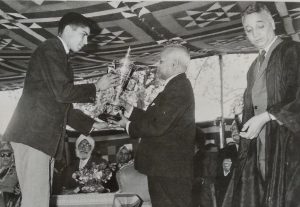 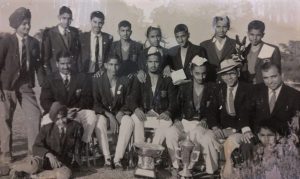 After a road accident between Bombay (MUMBAI now) and Lonawala – Khandala, while he was in the Indian Navy, he was admitted briefly in the AFMC hospital.  I came to know this from some ONs at the AFMC.  Unfortunately, on reaching the hospital, I was informed of his having been discharged.  What a personal loss to me! I would have loved to meet him and give him the opportunity to call me LALA again!

Lali, as he was popularly called, was in the same class as me throughout my stay at P.P.S.
While on a posting in Bhopal for a private Office Information Systems Company, I was working alone in my office on a holiday.  The front portion was my office, and the back was my residence.  Being new to the area I was catching up.  A gentleman walked in, asked if this was the company with its H.O. in New Delhi? And if this company was formally known as……? After replying him in the affirmative, I was wondering what this chap really wanted? I wanted to get back to my work as I had a lot of catching up to do.  He then informed me that an old schoolmate and classmate of his was working or had worked for this Organisation! He volunteered the name: Gurinder Singh Chhachhi (S-76)!!

I was taken aback completely, flabbergasted! Forgot my work and everything there and then! It took me a while to respond! I asked him which school! He did not at all look familiar! I was totally dumbfounded when he said The P.P.S.!!!

All three of us were in the same class throughout my stay at P.P.S.

Living alone (a forced bachelor), in a huge residence, I made him leave his hotel there and then.  Those few days that he spent with me are memorable.  After his marriage and his posting to Bhopal, I helped him get a decent accommodation.  We met often and spent time together.  My wife and I have extremely fond memories of that young couple.  They made you remember a couple of lovebirds! My wife still remembers Lali telling her so very proudly about his long thick hair before he sheared them off! For days my wife was not herself after hearing of his passing away.

Though belated, my heartfelt condolences to the families of BOTH these fine Human Beings! As also to the entire Nabhaite Family – especially all those Nabhaites who knew them or came in contact with THEM. 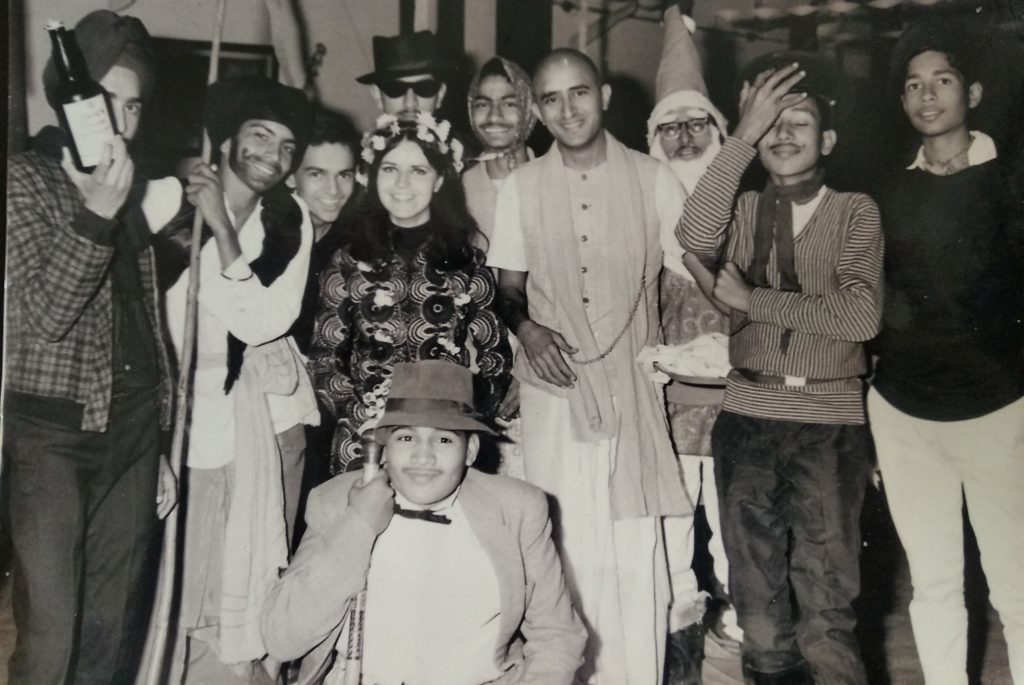 A few weeks back a call from Baljeet Mohil (J-128) late in the evening left me badly shaken up.  He informed me of the untimely sad demise of two of my batch mates Tarif Singh (J-53) and Lalinder Singh Dhindsa (B-52).  We had entered together the portals of Junior School in February 1961.  Ours was the first batch, which had an Entrance Test for class V level.  Our batch passed out in 1967.

Tarif Singh (J-53) was a Jat from the heart land of Haryana (Bhiwani).  Soon he outgrew us into a tall and tough character.  He excelled in all sports.  Some of his records in Athletics stood for years (I believe 110m Hurdles record still stands).  He also became the School Head Boy (1968).  Studies were not his forte; he fell behind by one year and could not make it through the written tests of NDA.  Undeterred he joined the other ranks in the Indian Navy.  He played Hockey for the Indian Navy.  He quickly rose up the ranks because of his excellence in Sports and Leadership qualities. He was able to enter INS Lonavala to become a commissioned officer. I had met him last when I was in AFMC (early 1970s) and he was admitted to Command hospital ,Poona. He was his usual jovial self, full of fun!

Lalinder Singh Dhindsa (B-52) (Lali) was the opposite of Tarif in physical terms.  He was small, frail and with a soft voice.  He was very neat in his work.  His Geometry Box had all the essential ingredients of a good student.  He had the latest expensive brands of pencils, pens, colours, rubbers, sharpeners etc.  He was in the Medical stream and later went on to graduate in Agricultural Engineering from PAU.  After this he went on to do MBA from IIM, Ahmedabad, the premier Management Institute of India (I don’t know of any other ON who may have studied there).  He was the only expert in India at that time who was an MBA with specialization in Pesticides.  He was offered a senior job directly in Rallis India.  His next job within few years was North Zonal Manager of Cynamid India, an MNC.  Later, he started his own successful pesticides business.  His younger brother Palinder Singh Dhindsa was also an Old Nabhaite who joined the Air Force and was martyred in air crash.  What a loss, it has been to ONA fraternity and their mother. 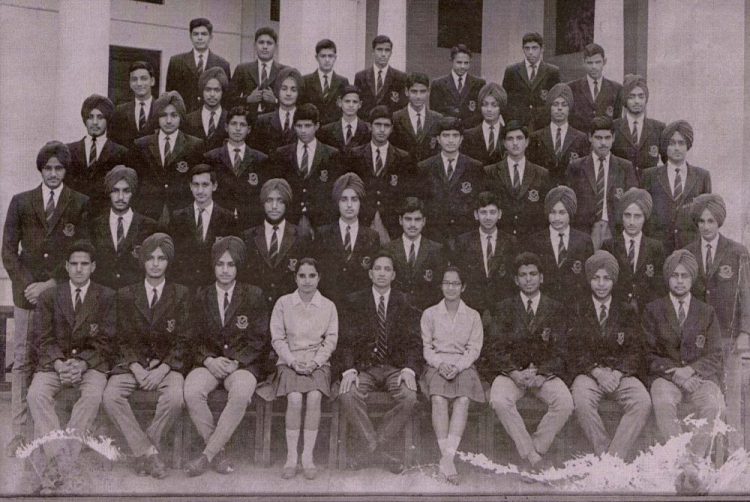