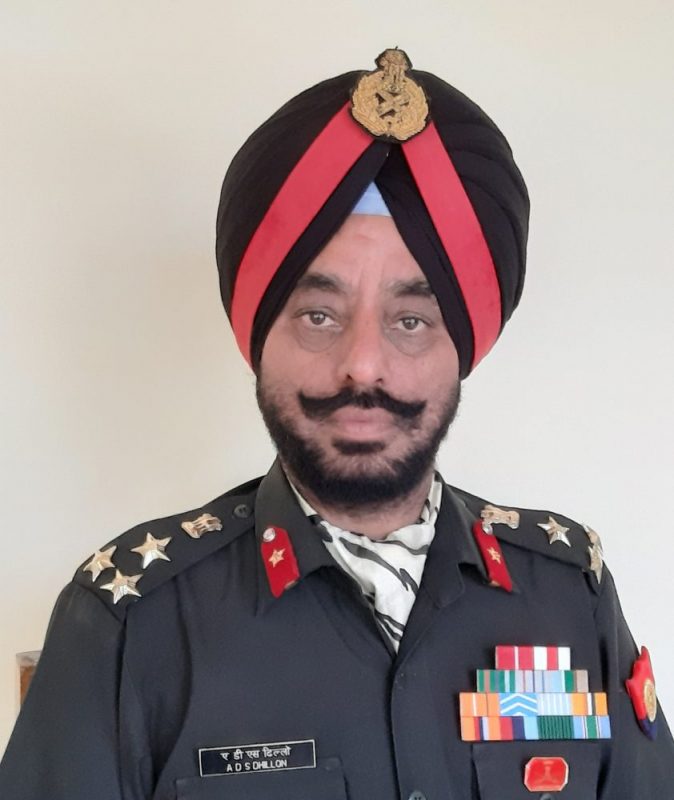 It was honour receiving your call today.

I am Amardeep Singh Dhillon, from Village Bandi in Bathinda District. I belong to a farming family and the only child of my parents.

I joined The PPS in Mar 1974 on Punjab Govt Scholarship (J 381). I was an average student throughout. I did participate in Swimming etc. After passing out in 1982 (12th, ISC), I did my College from Khalsa College, Sri Ganganagar. I did MSc 1st year from the same college. In Jan 1986 I joined IMA and passed out in June 1987.

I have commanded 90 Armoured Regiment, 8 Infantry Bde, President of Selection Board.

I have also been awarded with Sena Medal Gallantry and Army Commander’s Commendation card for carrying out Rail rescue operation in 2010.

The details of my account of Fighting through Ambush and the Citation are attached. I will try to send my School Photo soon.

Since I was on UN mission at the time of award of Sena Medal, I don’t have any photo of that.

‘The Eagle’ is proud of Maj. Amardeep Singh Dhillon’s (J-381) PPS (74-82) bravery and the ONA wishes and prays for his speedy recovery.

After doing Staff College Course (97-98) Maj. Amardeep was posted as GSO 2(Ops), HQ 57 Mtn. Div.  On 22-01-2K, while fighting militants he sustained numerous gunshots wounds i.e. a burst in left leg, another in stomach and another in the shoulder.

Since 30-01-2K, Maj. Amardeep is in Research and Referal Hosp., New Delhi.  He still has to undergo a few more operations and around Oct. 2000 is likely to be shifted to Offrs’ Surg. Ward, Base Hosp., Delhi Cantt.

( The point by point story of the Escape as narrated by Brig Amardeep himself.)

SURVIVED TO TELL THE STORY

An Ambush in Manipur: Breaking Through & Surviving

Emphasising the play of psychological and behavioural factors in adverse situations, and how they can be overcome, through a narrative of personal experiences.

I was posted as a staff officer at Division Headquarters in Manipur (Leimakhong) after my course at Defence Services Staff College (DSSC) in July 1998. The Division moved to its permanent location in Silchar, South Assam in Nov 1999 after the Kargil war. In Jan 2000, the Division was again deployed in Manipur in CI grid for the general election.

Highlights of the Case 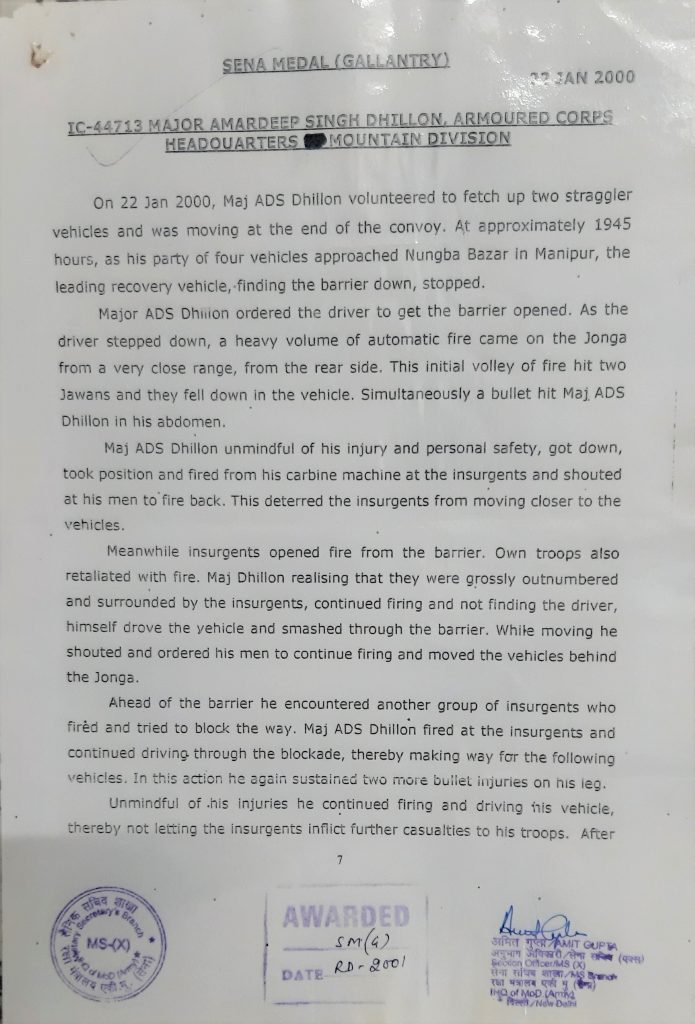 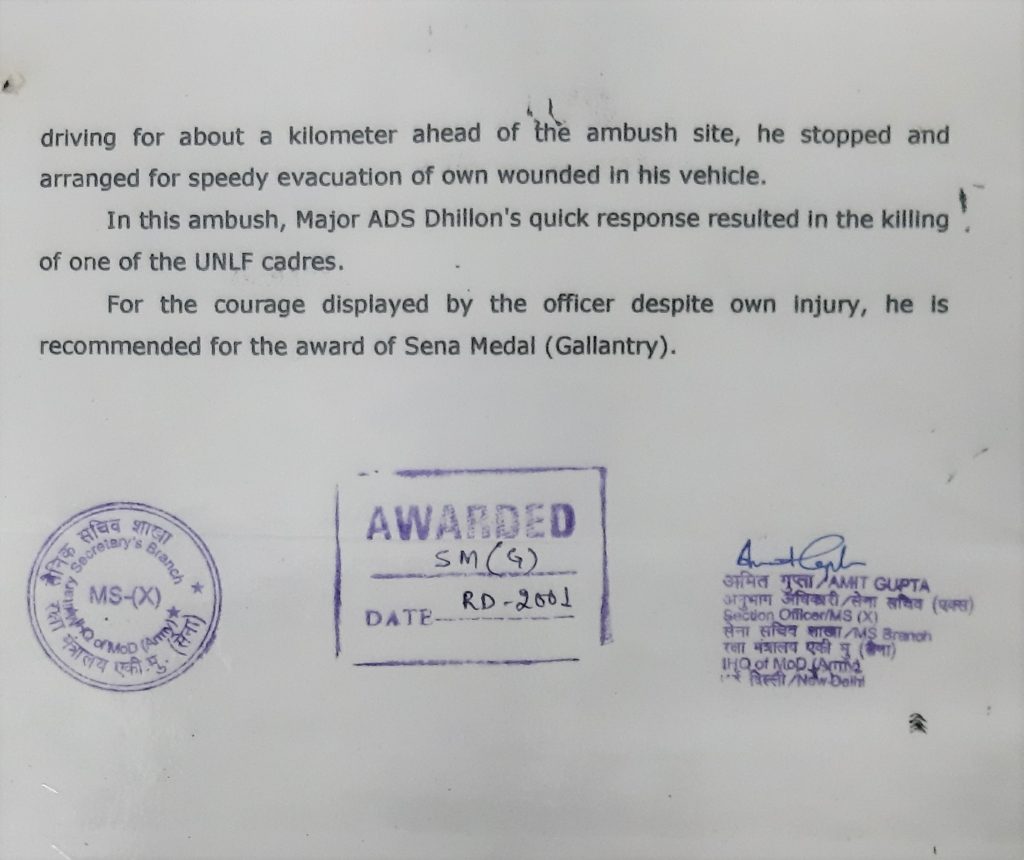