The Founders and the Foundations 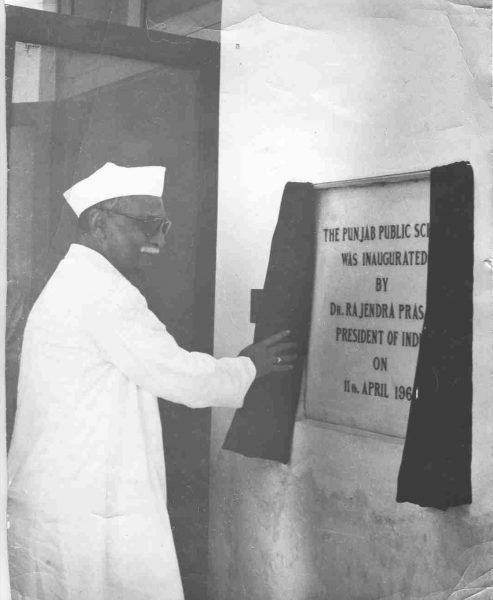 A moment in the history of The Punjab Public School, Nabha ,when the President of India inaugurated the School on 11th April, 1961.

This is a historical article which relates to the origins of the Sainik School, Nabha, (later to become The Punjab Public School, Nabha) , in 1960 and it’s eminent visionary Founders and how they did it .  Every Old Nabhaite must be familiar with this part of our school’s history. The article has been compiled with information collected from different sources.

The Founders and Foundations 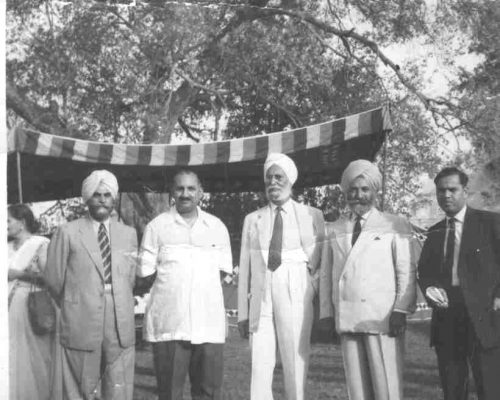 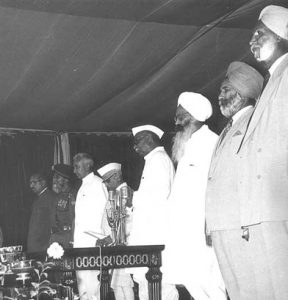 First Picture shows the Founding Members of the Punjab Public School in 1960, from left Brig Gurkirpal Singh. Chowdhury Raghuvendra Singh, Col Naunihal Singh Mann and Chairman of the special committee, Lt Gen.Kalwant Singh with Mr JK Kate, Secretary of the Board. The second picture of the Inauguration of the School shows the Board members from right Col NS Mann, Gen Kalwant Singh, Chief Minister Sardar Partap Singh Kairon, President in the center. On his right are the Governor of Punjab VN Gadgil, and Financial Commissioner Mangat Ram, Army Commander ,Western Command. 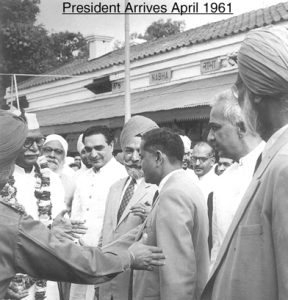 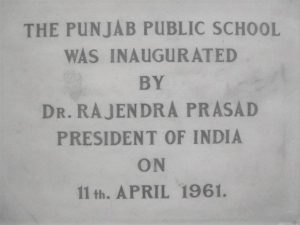 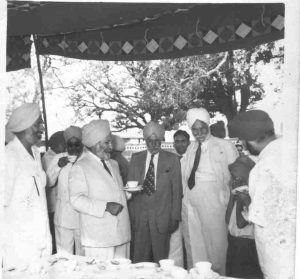 The first picture was taken on the Nabha Railway station, as the President came on the Presidential train, in 1961. He was received by the dignitaries. Here, Mr. JK Kate is being introduced to the President by Gen Kalwant Singh. Col NS Mann in foreground looking on. With Mangat Ram ICS in the middle. The second picture is the Foundation stone unveiled by the President. In the third photo the board members are interacting in amusement with a small school boy. 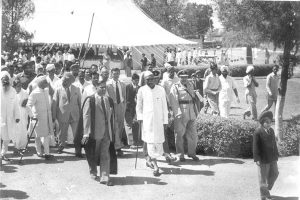 The famous picture of 1961 shows The President with dignitaries, walking after tea served in the lawns (Rose Garden now) to the porch of Secretariat (Kairon Block) to unveil the inaugural plaque. The little boy walking in front is Bhupinder Singh (B-20,1966) who later became a Urologist in USA.