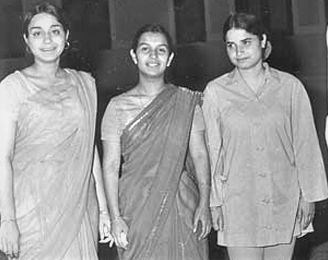 (It maybe strange to imagine now, the school had no girls when it started. Ever wondered, who were the lucky first ones to join?)

The PPS started off as an all-boys School since its primary aim was to prepare children for defence forces.

However, some girls were enrolled in the school during the early years on account of them being staff children.

Indira Surjit Singh (S-33) is the loan girl sitting in the foreground, in this picture of 1960 of the dining hall, which was then, behind the present Library. She was the first to join. She is no more. She passed away due to a terminal illness.

« Previous article
"When Kairon Block Became Lake Palace!" Next article »
"I Dream of Being in The Army"