The Doctor Who Won a Gallantry Award 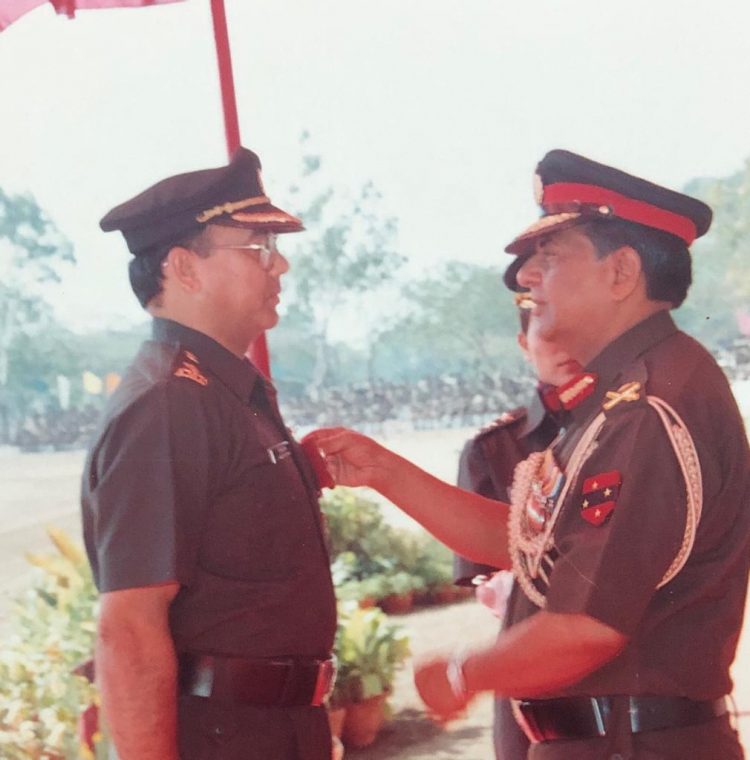 (There are not many doctors who have won Gallantry Award, Brig.Anil Kayastha (S-63,1968) is one of those rare ones. Picture show Anil Kayastha receiving the Honour. “Investiture ceremony for being awarded the Sena Medal”)

Dr. Anil Kayastha was awarded the Sena Medal on January 26, 2000, for his exemplary and heroic work while assigned as the only surgeon and leader of the forward surgical centre at Drass, Kargil during Operation Vijay.

Being the first point of surgical contact, Dr. Kayastha treated over 1,100 war causalities with nil mortality rate owing to his courage, quick-thinking and steadfastness amid life-threatening circumstances. 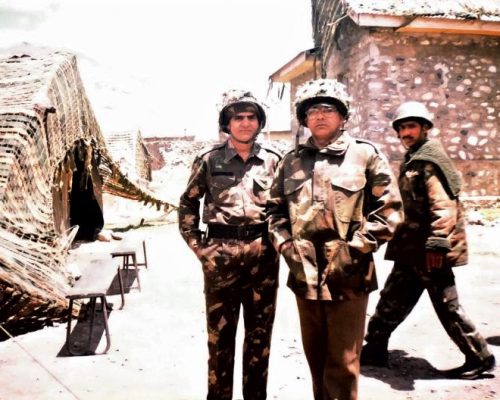 Causalities with splinters, shrapnels, gunshot and blast injuries encompassing multiple wounds to the chest, face and abdomen; mutilated limbs and other injuries were treated. These causalities were brought in a raw state of severe haemorrhage and physical, mental and emotional shock.

Braving heavy shelling and extreme weather conditions, Dr. Kayastha operated dedicatedly and tirelessly, with bare equipment, for 20-22 hours on average to save life and limb, during the two-month long assignment. 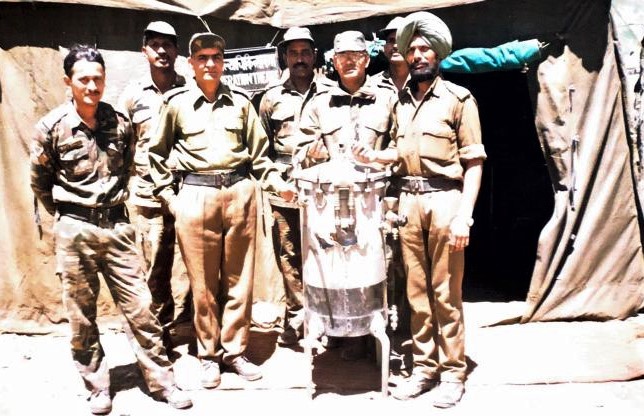 Self with surgical team at the new operation theatre location. Holding the splinters which had ripped the steam sterilizer, placed in front.

On one such occassion, the forward centre was destroyed by enemy shelling during surgery. Dr. Kayastha and his team escaped with their patients and equipment, navigating heavy shelling, set-up an ad hoc surgical centre in tents and resumed treating patients, even as more causalities poured in.

With disregard for his own well-being and safety, Dr. Kayastha sacrificed food and sleep and personally attended to up to 112 causalities on peak days, showing paramount concern for the safety and health of his patients. 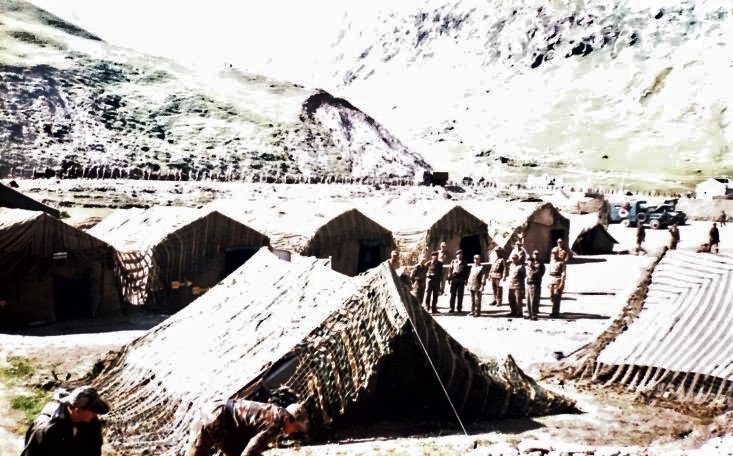 Heading the forward surgical centre, he conducted facio-maxillary and vital organ surgeries and amputations, all the while ensuring that the morale of his entire medical team and the injured soldiers, remained high.

In the face of unprecedented challenges, Dr. Kayastha rose to the occassion and for the first time in the history of the Indian Armed Forces, undertook resuscitation and blood transfusions at a forward surgical centre to treat critically ill patients, including 650 major surgeries. 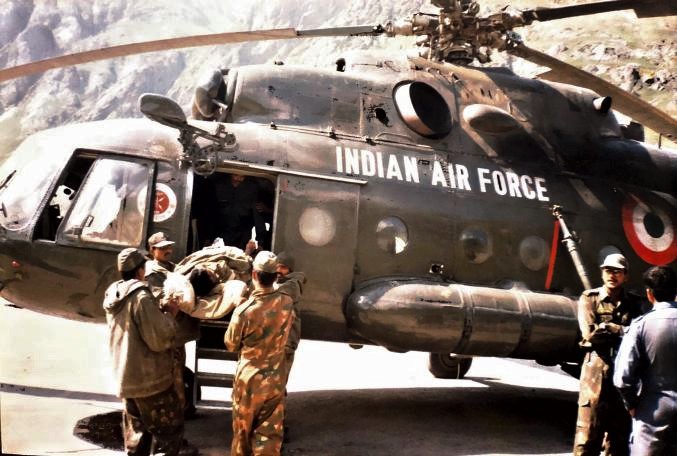 Air evacuation of a casualty

Even as the real war waged outside, he battled on with level-headedness, sincerity and prompt intervention, to save every last soldier that reached him, quickly and effectively.

In addition to treating them, Dr. Kayastha managed logistical and operational hurdles to ascertain timely evacuation of patients, which resulted in the overall mortality being minimal in comparison with the scale of the war.

For his efforts and contribution, he was interviewed and appreciated by several national and international media organisations covering the war, both while it was going on and retrospectively; and appreciated and awarded by the President of India.

The Notification and The Medal 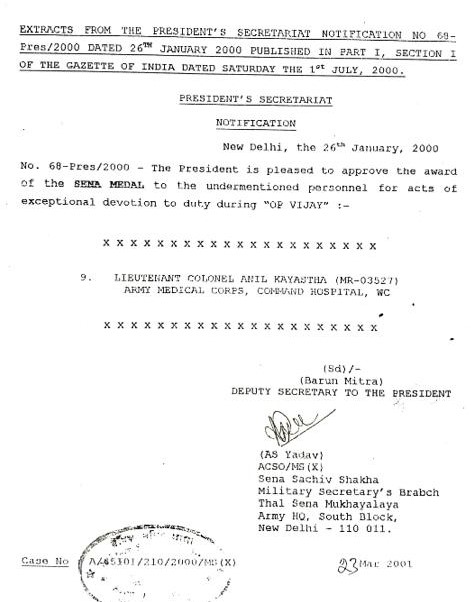 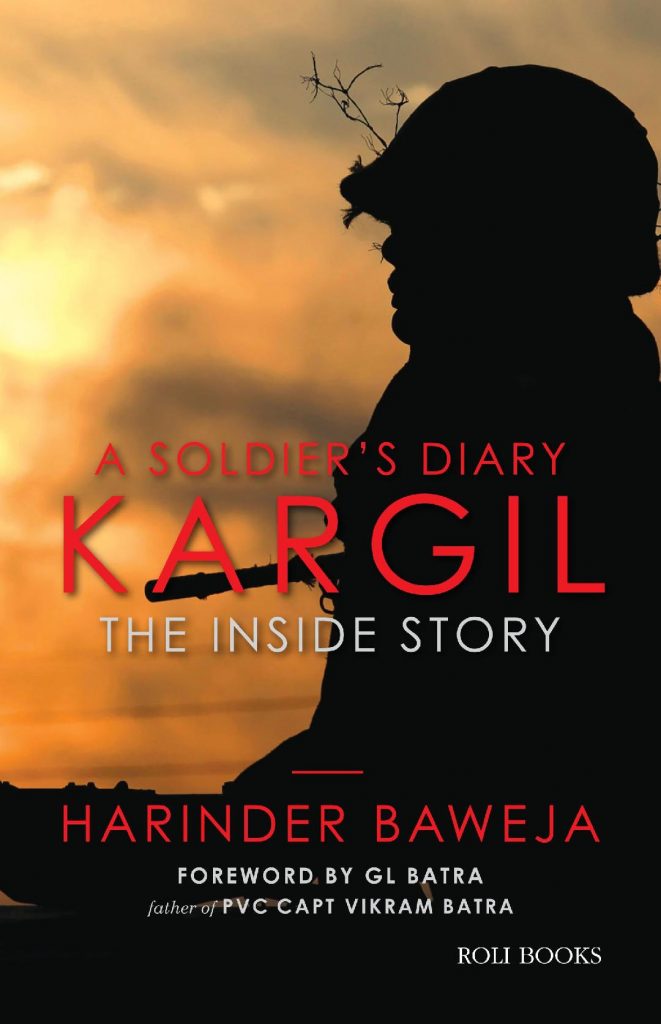 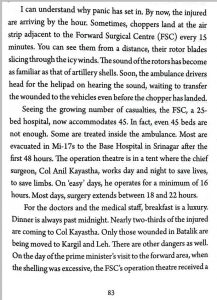 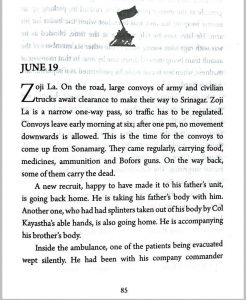 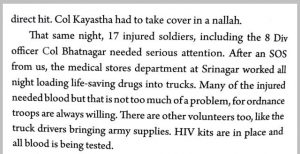 “A SOLDIER’S DIARY” KARGIL THE INSIDE STORY by Harinder Baweja 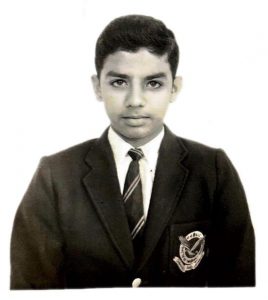 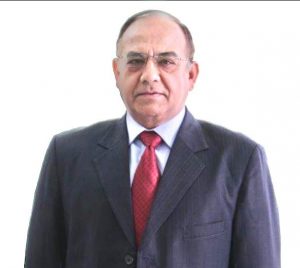 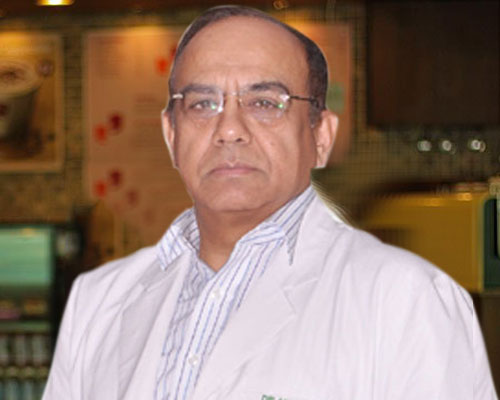