The Bandmaster Who Put the School Band on National Map 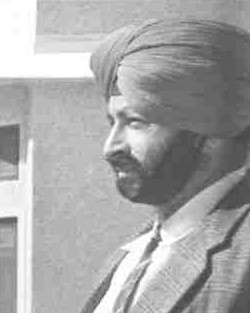 The Bandmaster Who Put the School Band on National Map. 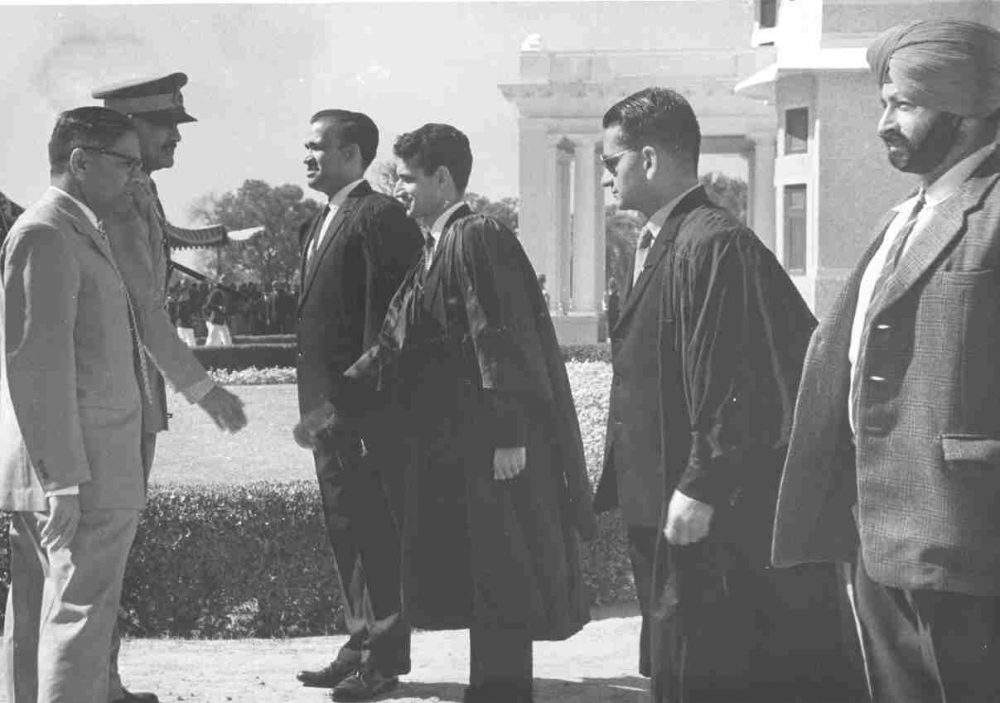 There was yet to be another contribution by Mr. JK Kate to the School for all times to come. In 1965, Mr JK Kate decided to have a school band and selected a very able Bandmaster retired Jemadar Sohan Singh Kooner. He belonged to a village near Adampur in Jalandhar district. He had been in the army band for many years. He would tell his trainees how he had marched in the band in front of the Queen in England on a ceremonial parade.

Soon Regular practices started in the afternoon. Sohan Singh was hard task master and often drove his point home in chaste rustic Punjabi. By the end of the year the band was playing many tunes and became presentable.

In 1966 on Founders’ Day the band for the first time took part in the guard of Honour to be presented before the Chief guest Gen. JN Chowdhary the COAS of India. Gradually Band became an important option for students to choose as an activity like crafts, music, photography and debates etc. in school. 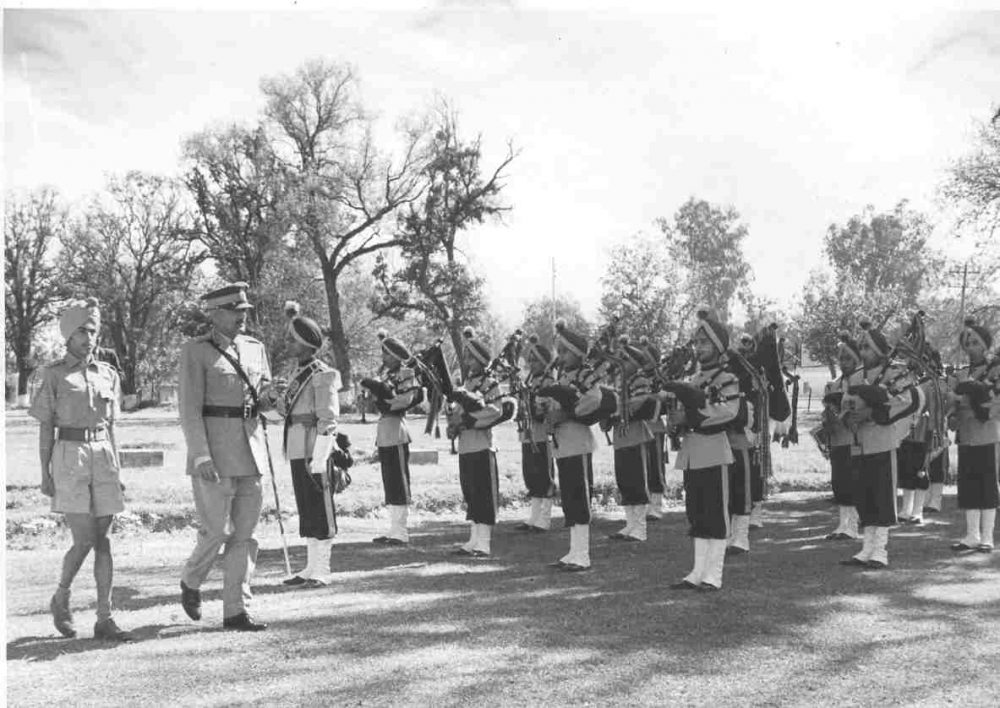 The First  Band: In March,1966, on Founders’ Day, Gen. JN Chaudhari Chief of Army staff inspects guard of honour. The first Band in attendance. Your truly is extreme right in second row with bagpipe.

From then on, there was no looking back. The band progressed by leaps and bounds. It was selected to be presented at many state ceremonies and The Republic Day parades at the national level. Perhaps the only School Band at that time. There used to be only a Girls band from Birla Public School, Pilani.

Following are excerpts from the Chronicles recording the important participations of the School Band.

1. 4th September, 1968 ; Lt Col Gill of NCC directorate ,visited to judge the School band for republic Day. There was a subsequent inspection of School Band by Lt Col Kapur of NCC Directorate. We hear we will be selected.

2.September 1967: The school Band played at the National School games and at the National Solidarity Day at Patiala. We are pleased to know Our School Band has been selected to participate in Republic Day Parade next year. Credit goes to Mr Sohan Singh our Bandmaster.

27th Jan, 1969: The School Band participated in the Republic Day parade in Delhi and from reports performed very well. Congratulations to Bandmaster Sohan Singh and the Band. The band was filmed in action.

3.September 1969 chronicle: The NCC issue of August of The Cadet carries a coloured photograph of the School Band marching down Raj Path on the Republic Day. The band was filmed in action.

4.February issue of 1970 : The School Band participated in 26th January Republic Day parade and from all accounts they were outstanding.

5.In Jan, 1972 issue again: The School Band has been selected to represent Punjab at the Republic Day Parade at Delhi. This year.

6.August,1974 issue: We paid homage to Martyr Udham singh and offered floral wreaths  to his mortal remains. The procession carrying them was escorted by the School Band as it passed through the School in Nabha.

7.Jan 1979 issue: The School Band participated in the Republic Day parade in Delhi. The cadets gave a good account of themselves and were awarded prizes for their performances.

8.Jan ,1980 issue: The School Band participated in the Republic Day parade in New Delhi and once again they mad themselves and the school proud with their performance.

9.In January 1982 issue:  The PPS Band team was adjudged as the best band on Republic Day Parade at New Delhi. It was not for the first time that the School band team had participated in the Republic day parade. It had been a regular feature barring a few gaps, but to be adjudged as the best band performance on a national platform was a glorious achievement. The school band leader J-473 Sarbjit Singh had breakfast with Mrs. Indira Gandhi the Prime Minister of India, after the Parade along with other guests, and on January 27th, the entire band team was invited at the Rashtrapati Bhavan to meet the President, Mr.N.Sanjeeva Reddy.

Ever since the early years, school band has performed at school functions like Founders’ Day, Athletics Day, Horse show and at home with governors of Punjab. When the girls joined school a separate Girls band was also added to the school show pieces. 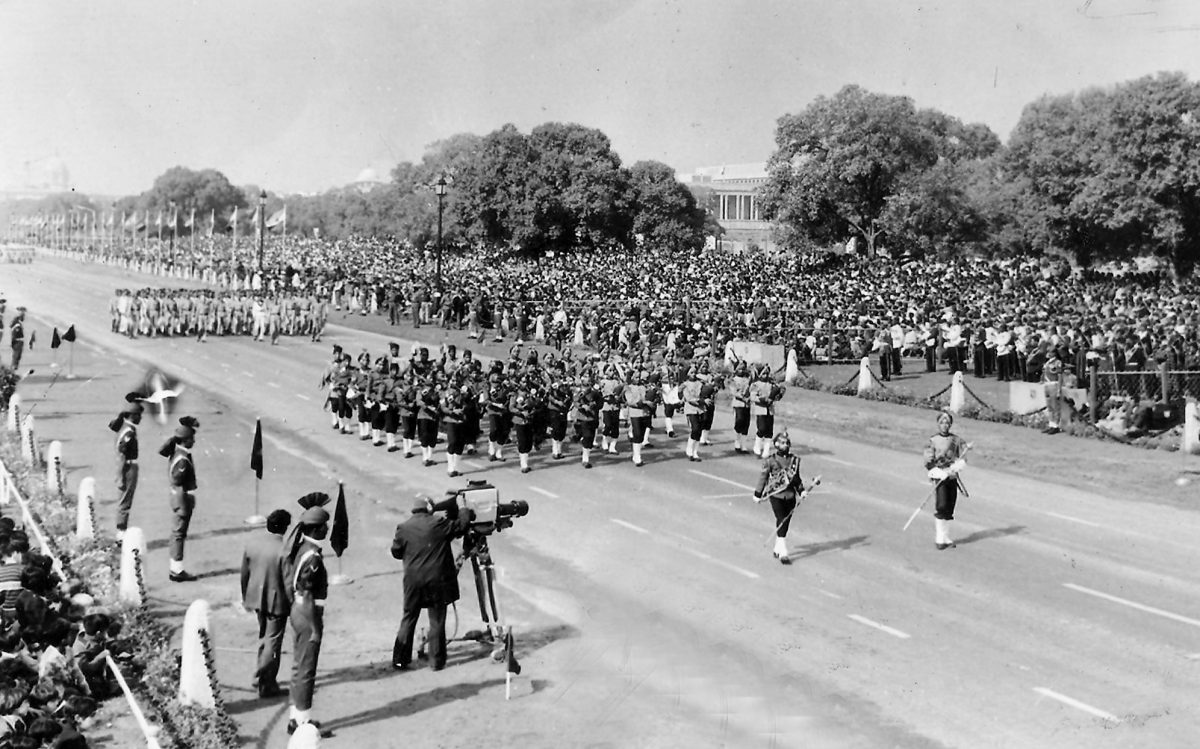 The Band Marching down the Rajpath 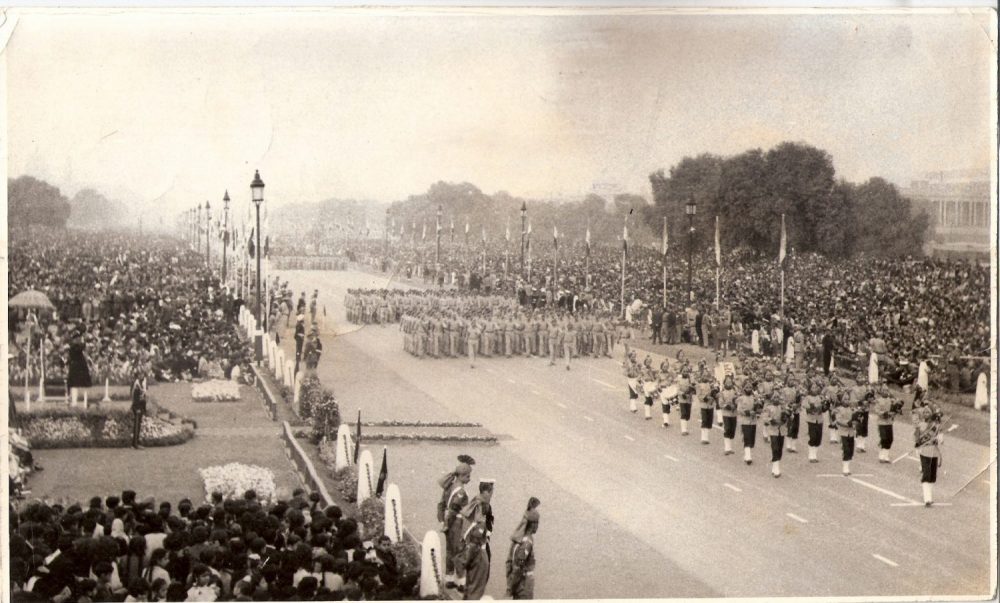 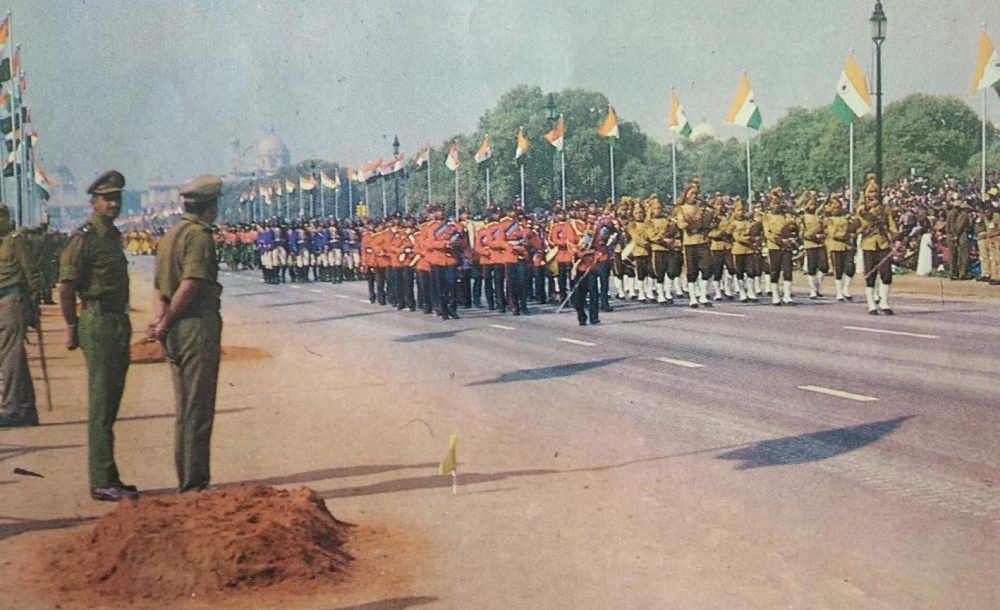 Initially, the band used to be marching alone but some times  for harmony and completing the contingent another band was grouped to march with our school band. 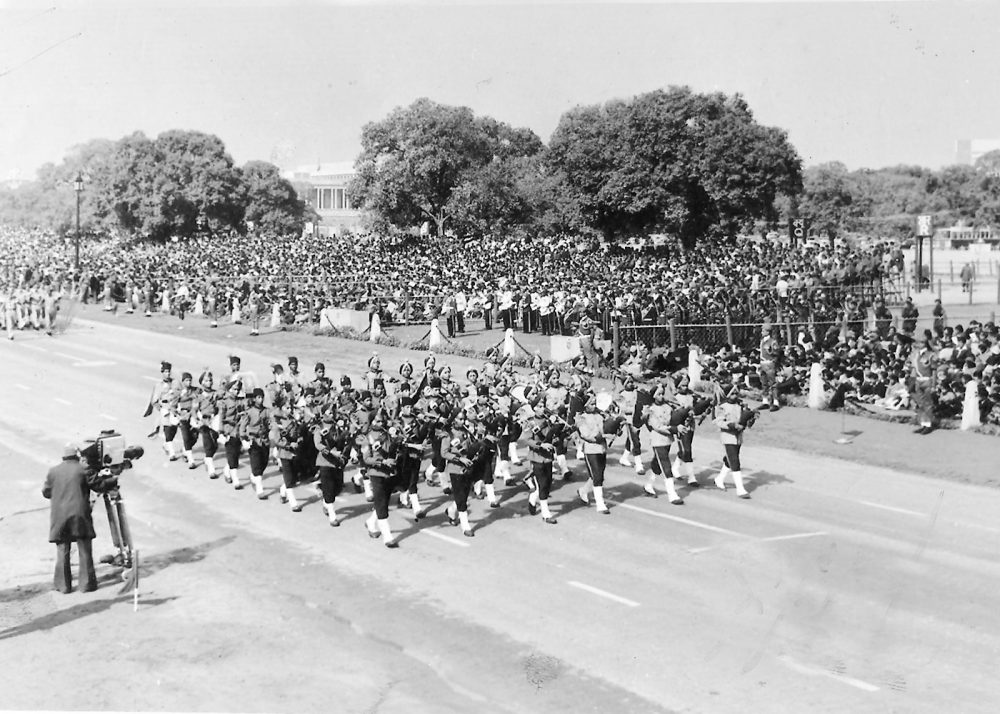 Photo Taken from the stands 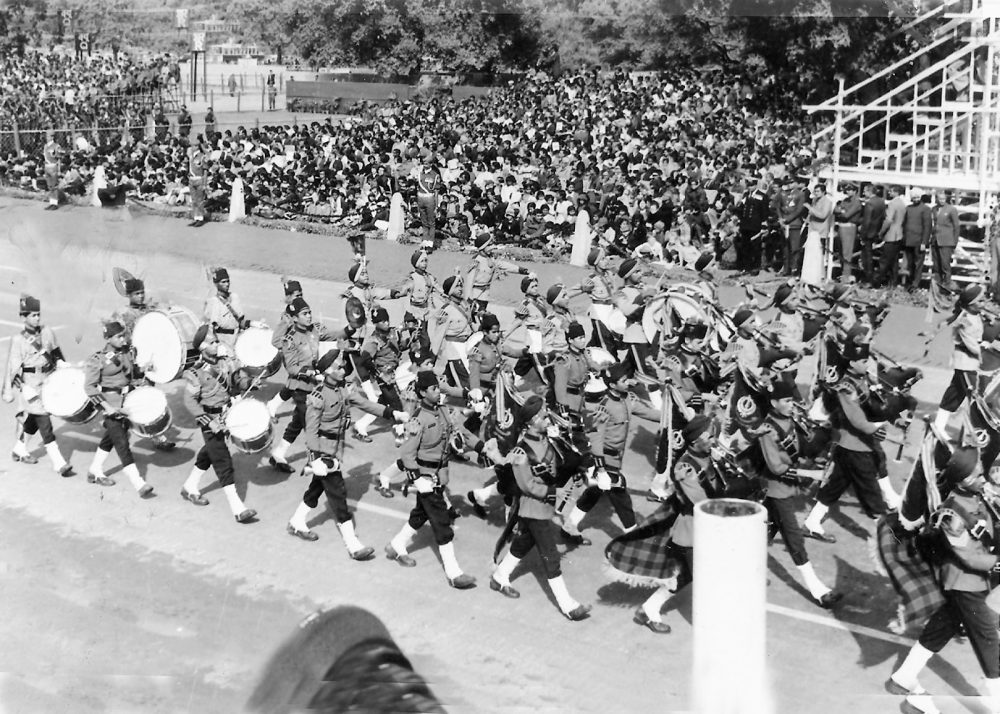 Taken from a height 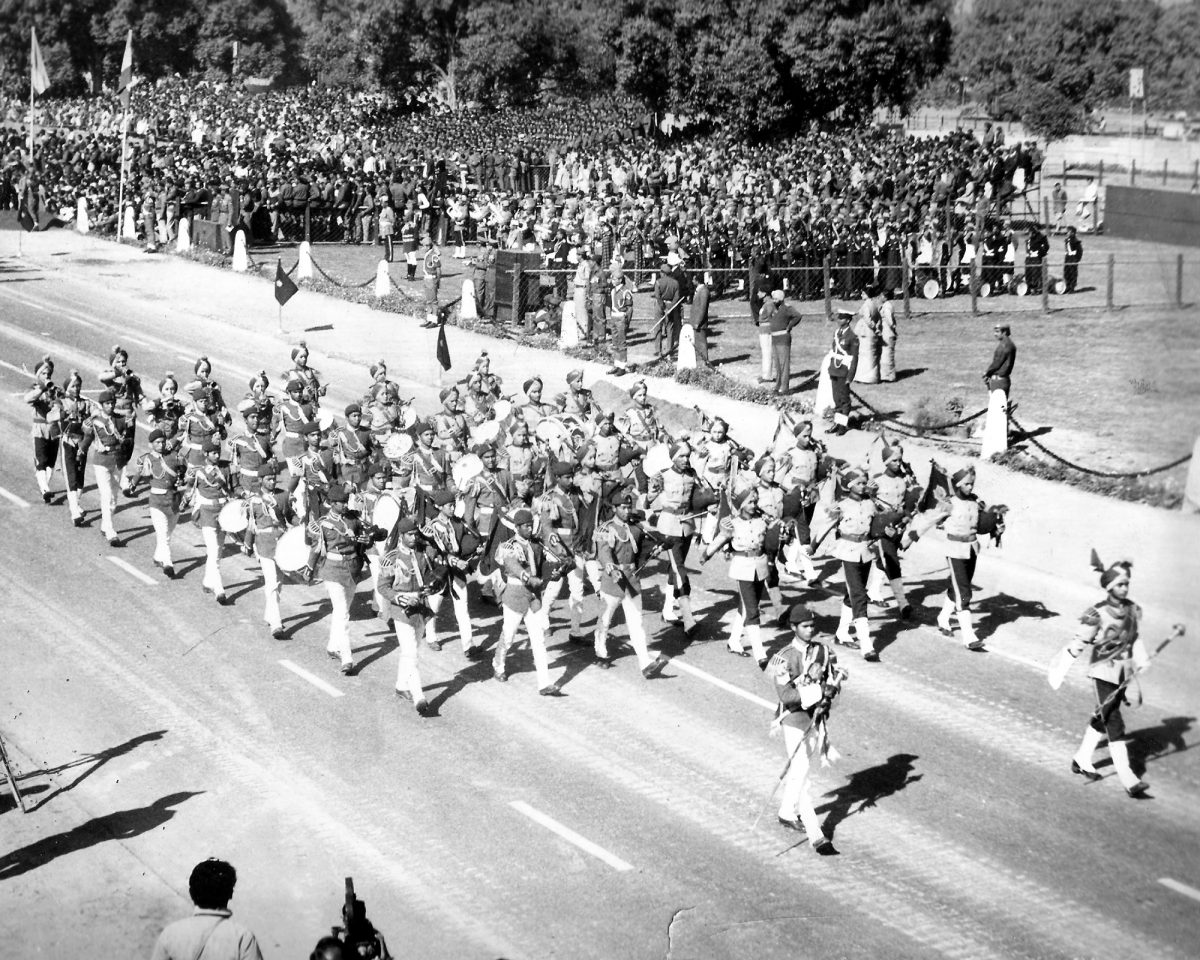 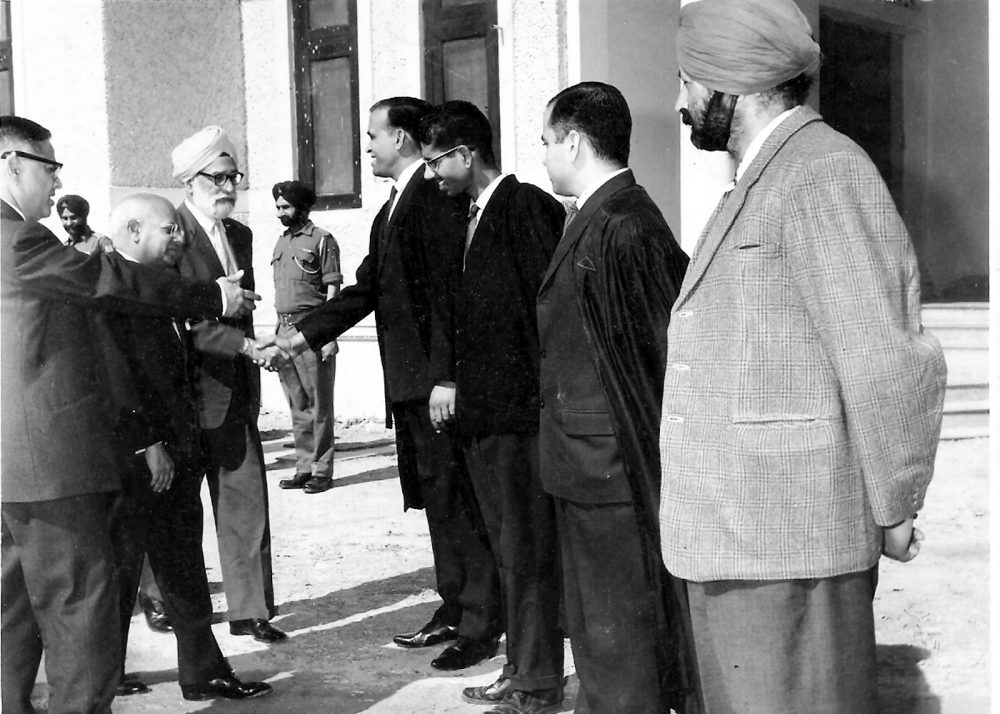 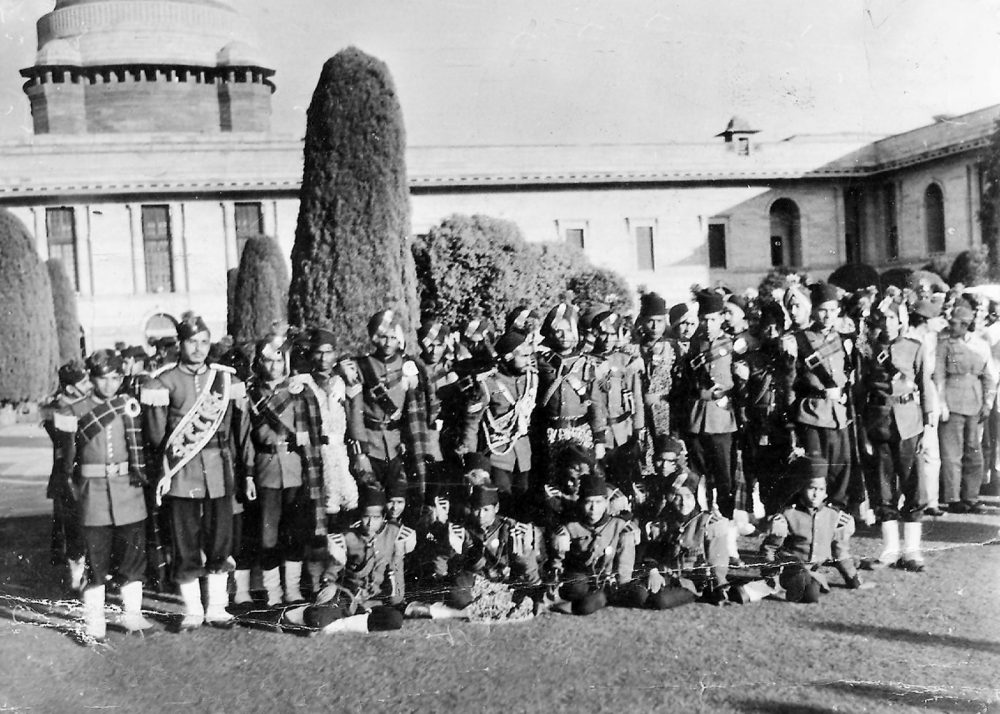 With the other accompanying band 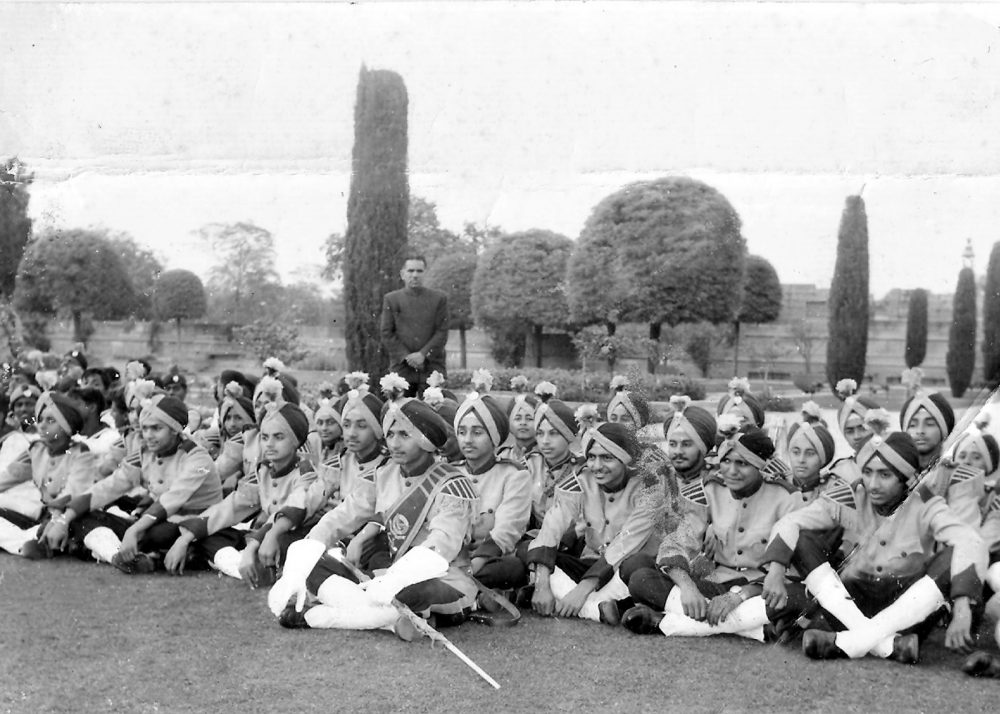 1982, The Band at Rashtarpati Bhavan. Moment of great pride. 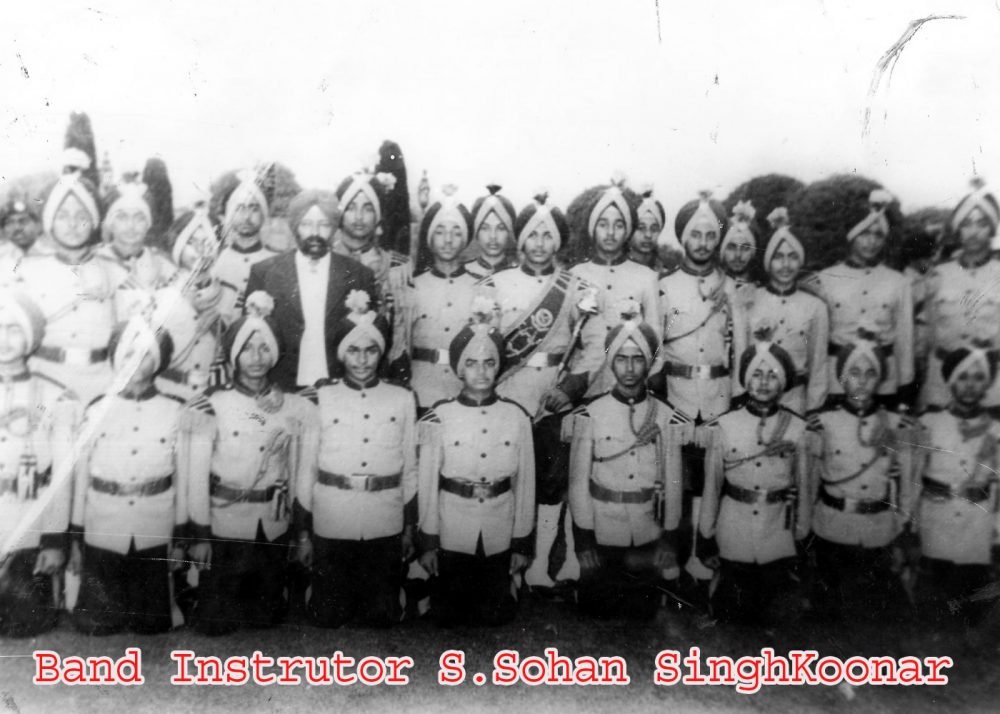 The best Band of Republic Day, 1982 parade with their Master. What an achievement!

The Bandmaster Jemadar Sohan Singh Kooner retired after 1982. He had done great service to the School. No other bandmaster since then, has equaled his achievements. He later joined Army School at Jalandhar and later served at MGN Public School, Jalandhar under MR RS Mehta the Principal who was an ex-Teacher of The PPS. He raised a very good band there too but was there for only few years retiring finally to his village.

« Previous article
"I became a Nabhaite and then, an Old Nabhaite" Next article »
"When Kairon Block Became Lake Palace, The 'Great Flood'!"