Requiem for ‘The Great Banyan Tree’ 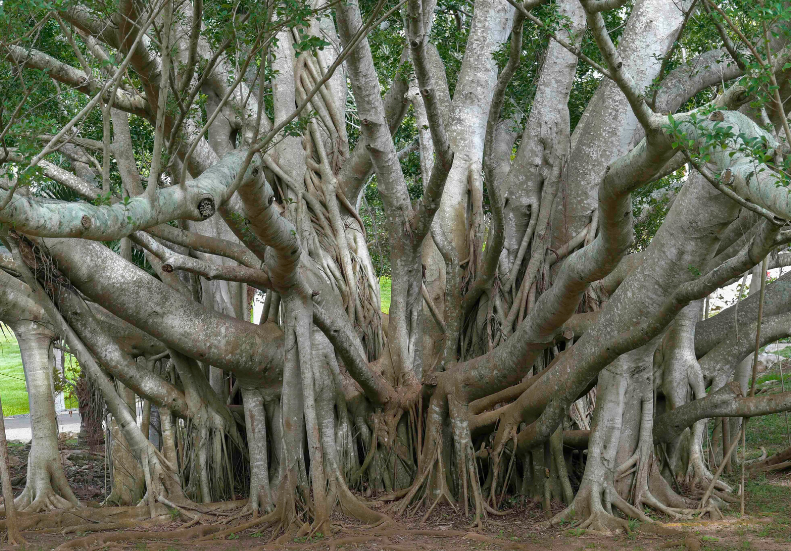 I first saw this majestic Banyan Tree in 1967 when in the Break between our two entrance examination paper, we trooped up to it for a cup of tea under its shade, which practically covered the entire ground between the M.I. Room and the Senior School Dining Hall.  (It was, also, during this Tea-Break that we came into contact for the first time with the rather Trade Mark round-shaped PPS Bakery biscuits, which we were to partake off and on for the next seven years).

In 1968, when we were in the Junior School, one night, this majestic tree got uprooted in a violent storm.  We, Junior School boys caught a glimpse of its remains when we went to the Senior School for the Movies.  Boys would claim, “Dara Singh can surely lift the Tree Trunk”.  “Aarey Ja!, That is Impossible”.

Time went by.  The Tea Counters got shifted to a new place in front of the Dining Hall Mess.  We passed out of PPS.

Later, many years after leaving school, my thoughts would meander to the Great Banyan Tree.  We realized that this mighty tree had been the mute witness to a long history, which probably started with a massive and formidable forest (called “BIR”), which once surrounded the Tree.  The Bir had a plentiful Wild Life.

But the great Bir of Nabha was gradually but systematically hacked and reduced.  Over a period of time, there was the Canal construction, then the railway line, later, construction of Royal Palace, Guest House, Secretariats and finally, Play Grounds for our School.