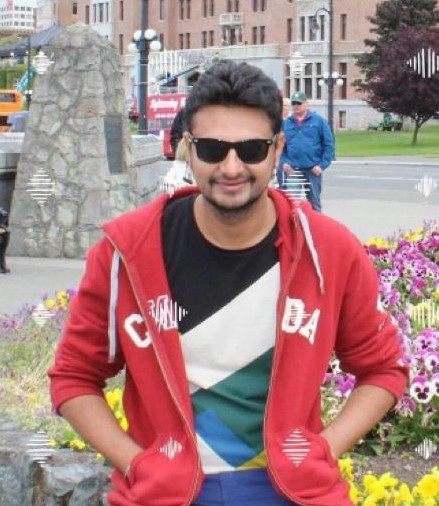 (Rameshinder Sandhu (J-0441,2004 ICSE) is an Old Nabhaite staff journalist with Hindustan Times based in Ludhiana at this time. He covers, administration, culture and personalities etc.) Picture shows him in a colourful mood.)

Last week, I boarded a train from New Delhi to Amritsar. I thought my journey would be boring since I neither had music nor books to read. So I slept for hours. Suddenly I heard someone discussing Gen Bikram Singh, who was recently appointed the chief of the army staff. It was an army family travelling to Patiala.

I also joined the discussion, saying, “He is a product of a famous public school — Punjab Public School, Nabha. It is the same school that I attended.”

Later, I went to sleep again and dreamt of my school. Finally, when I got up, Patiala had arrived. I decided to get down at Nabha as I was missing my school.

I called up one of my local friends, who came to pick me up at the station. The moment I stepped down at the platform, I felt good. From there we went to the school.

Seeing the campus after ages was special. The royal palace building of the school enthralled us. We felt proud on reaching the inauguration stone that stated that President Rajendra Prasad had inaugurated it in 1961.

As we entered the building, memories came back flooding. We also saw our classrooms that were still the same. On seeing the blackboard, I remembered how I used to write on the board in the teacher’s absence.

Later, we went to the school auditorium. The stage was special for me as it had given me confidence. It was here that I had participated in English plays and declamation contests.

I remembered the words of Mr Bedi, the headmaster who never forgot to appreciate me in the morning assembly whenever I gave a speech. Before leaving the auditorium, I kissed the stage.

Then we approached the school mess. I recalled various meals such as beans, paneer with rice. We wanted to have our meals there but since the school was closed for the vacation, it was not possible. With a heavy heart, we bade goodbye.