Pangs of writing the Chronicle and the School Van of 1960s 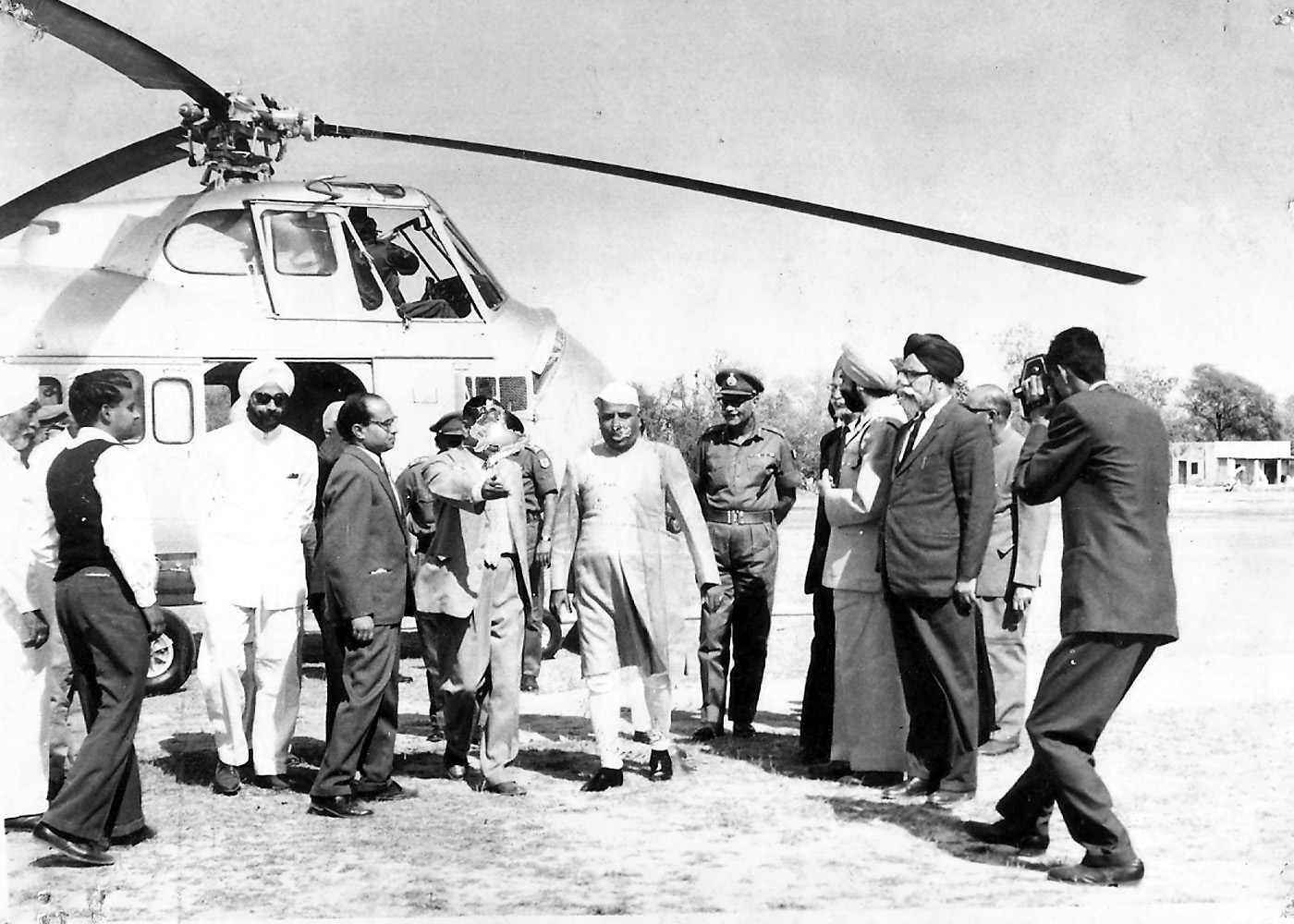 The first time, a Helicopter landed in School with Defence Minister Mr. YB Chavan as the Chief Guest on Founders’ Day  of 1964. Tall and lanky Mr. Tankha on the right is taking a picture.

Pangs of writing the Chronicle and the School Van of 1960s

As time goes on, the Chlidren who come to The Punjab Public School at Nabha grow up, pass out and  a new batch of students comes in to replace them.  The Teachers join the School finish their tenure and retire or leave for greener pastures. Weathers and months change, the years pass by. If there is one thing that has out stayed all the living beings who have come and gone,  is the The Punjab Public School Chronicle. For future to come, it will tell the story of what went on in the School, during the years gone. It will be a reflection of its history and legacy.

In 1960s the School was ill equipped with transport. The Headmaster, Mr. JK Kate, started with using a  bicycle to travel between his House in Junior School and the Office in Senior School. Later he bought a scooter, which he had to learn to drive, even taking a few tumbles in the process. Later the Governor (Chairman of the Board of Governors) on learning that he had no vehicle to travel for his status sanctioned the Car.  During this time the School had one vehicle ‘the Van’. The ‘School Van’ served for all purposes. Transporting Headmaster , staff, students, teams for matches and even material and furniture. Despite its aging with time it served the School well under the guidance of Driver, and caretaker Thakurdas. It lost a lot of original parts along the way. It was to be replaced in 1972.

I have taken this editorial article from the  February, 1972 issue of the Chronicle to make a story on the these two important aspects of School. One a chronicler of the events happening in School and another which kept the School on the move by becoming its representative on the road. THis was also the Year MR JK Kate The Founder Headmaster of the School was awarded the Padma Shri. I hope you enjoy reading it, as I did. 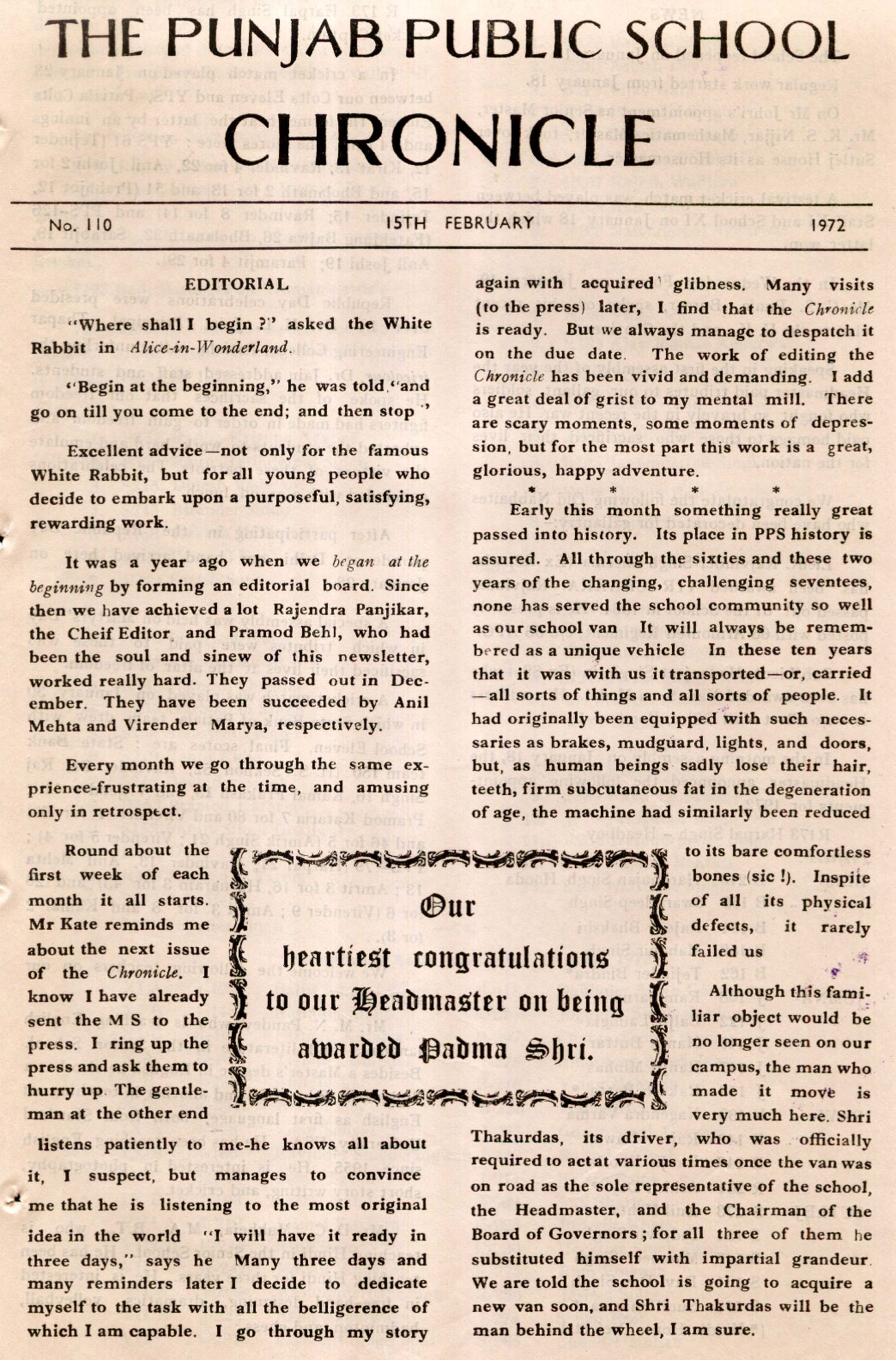