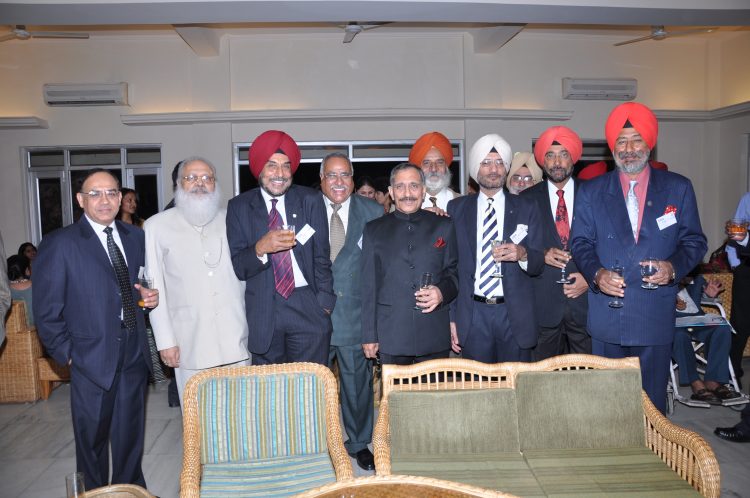 A strange paradox has been seen with regard to the growth of public schools in the last two decades.  There has been a total revolution in the population of public schools on the one hand and on the other, a corresponding rise in the number of platforms and critics of the very system of public schools.  The attack is largely of political and social character.  The chief criticism is-that they are schools where class-consciousness is bred and snobbery inculcated; there the boys are taught to rule instead of to serve.  Yet there is another type of criticism, which says that these schools are much too expensive.

The answer to these attacks is given by the unprecedented number of public schools and schools run on public school lines every year.  If we have an objective analysis of what goes on in a school like ours and what changes have taken place in respect of admission and teaching learning process, we will see that we have made significant contribution in the modem age.

During the last twenty-five years the school has changed considerably in character while retaining the basic features of an Indian Public School.  There are several factors for its adaptable character.  First is the fact that we are dealing with the young.  Old ideas are therefore constantly challenged.  New ideas are aired and tested.  Secondly the school sees a new generation every five or six years.  Changes come faster in a school like ours, or for that matter in any public school.  Anything that has been done for two years becomes a tradition by the third.  A good deal is due to the character of the staff.  In a residential school like ours, they are occupied with the affairs of the school most of the time.  There can be very few institutions where ‘the staff become so completely identified with the job.  The Headmaster finds himself the object of a constant stream of ideas and suggestions from his staff about desirable changes and development in, the school life.

Like any other public school of good standing, we are independent.  We are not bound by stringent regulations.  There is complete freedom of experimentation in every field.  In fact innovation is encouraged.  The chief force, however, has been the pressure of economics, which has brought a change in the character of all the public schools, and we are no exception.  The parent of today looks pretty closely at what is his return for the amount spent by him.  He looks neither for the proverbial battle-winners of Waterloo, nor for classical scholars or Empire-builders.  There may be a variety of reasons why parents continue to send their children to these schools.  They would not do so at this enormous cost unless they felt that we had moved with the times and had adapted ourselves to meeting the needs of the new age.

Today, we cover a wide social range.  All society, from the General’s son to the land-tillers boy is found here.  The out-dated criticism of exclusiveness is no more relevant.  The only person most likely to be excluded is the middleclass wage earner if his ward is unable to get a scholarship.  All students enter on terms of absolute equality and live as equals throughout their stay in the school.  The only factor that produces inequality is personal ability and achievement.  This cannot be avoided even in an ideal home.  The school, in every respect is a perfect socialized society.  The opportunities are equal.  Inspite of this it is openly said that public schools breed snobs.  We are totally different from other public schools in this respect because our social range is very wide and also because there are a large number of scholarships available to boys on merit-cum-means basis.

In a recent study of the school (1985), t he following figures were prepared when the total strength of the school was 765 including day scholars which number 187:

It might be thought that there would be difficulty in producing unity with this wide social range and diverse background.  But in our school this is not the case.  Deep and lasting friendships develop across the most improbable social-gaps.  The school influence is very strong.  Some of these influences are the various hobbies, clubs, societies, stage, games and above all the strong House-spirit.

We have traditions, conventions and a very few regulations.  “There are no bounds except those of common-sense,” is the sole rule.  The school is a very busy place because boys have such a large variety of jobs to do.  They have a great number of hobbies to pursue.  The problem, if any, is how to find time to do so many things.  At no time of the day can the Headmaster find out where everyone is.  Discipline, whatever it may mean, is never a problem and the Prefectorial system is strong enough to see if the bounds of commonsense are broken.  The best form of Government, they say, is when it ceases to exist.  This is true to a large extent in a public school like ours because one does not need to ask the government to do things.  Everyone does it.  The school government is not just a government of majority; it is a government of everyone.

Our student grows up in an atmosphere of personal freedom in a general setting of natural responsibility for the well being of the community in which he lives.

If real freedom and an atmosphere of work and responsibility are to exist, comparatively smaller details of manners and behaviour need firm dealing.  Small things like personal bearing, litter, hands in pocket, use of abusive language, respect to masters, punctuality, tidiness, dress, observance of established customs in the school and other places of school activities, and countless minor points of personal discipline really matter a lot.  They are not neglected because we cannot have real freedom without them.  For all practical purposes, the discipline, of the school is in the hands of the Prefects.  The Headmaster’s role is almost advisory, though he will have his eye pretty closely on the general tone and attitude to life, and will occasionally utter a public reminder in the morning assembly or a private word of reproof.  He will, in the same manner applaud a good work or give a pat on the back of one who has done well.  On the whole, we have more occasions of rewards than those of punishments or reprimand.  The occasional misfit is helped and not repressed by the senior boys who help their younger brethren in all spheres of school life.

It has been recently alleged that under the garb of training for leadership, public schools produce a privileged class.  Today we are doing nothing different from what the other schools including the government schools are doing.  By the nature of our system we have greater opportunities and better facilities to achieve what others only advocate.  Our boys have the chance of carrying much wider responsibilities than is possible in a day school.  Moreover, we have greater influence over the out-of-school life of the student.  Achievement cannot be condemned simply because it has been achieved by a public school.  The quality of leadership that a public school boy achieves can be in four different ways:

These are the ingredients of leadership in the school. It is leadership of people by personality and not by rude force, by commanding respect, not by demanding it.  The fact that he himself has learned to serve in the same community so short a time before, and that he will very soon once again be a junior member of another community somewhere else, drives home all the more surely the necessary lessons of leadership.

The boy from the public school is in a wide demand not only in the marriage market but also in the field of business, administration and management.  It is largely due to the deterioration of personal standards and of industrial relations, so that the employers are looking for young men who can’ be’ depended on to work with honesty, efficiency and sincerity, to observe decent standards of conduct, to get on with people and to show resourcefulness in taking responsibility.  Though public schools have no monopoly, of supplying such men, it is widely recognised today that the public school boy has a particularly better chance of developing these qualities. Little wonder then that in a short span of 25 years, out of about 800 who left the school at the end of ISC, 96% took up jobs that require leadership qualities.  The distribution, though slightly approximate has been as follows

A number of boys chose their career after graduation from universities because the choice of career has not been sudden in all cases.  About 25% of the total boys who leave school after ISC go to colleges for continuing their studies.  The number of boys joining professional institutions is higher than that.  We have noticed with great satisfaction that our Old Boy is on the whole more interested in the life he will lead than in the money he will earn.  Old Nabhaites, wherever they are have a strong sense of belongingness and they have been doing extremely well in their respective fields.  The school is growing in strength and is equipping itself with everything that is modern, desirable and likely to make the school life richer and fuller in every respect.

« Previous article
"LETTER TO HEADMASTER" Next article »
"Freedom, Authority and the Older Boy ..."