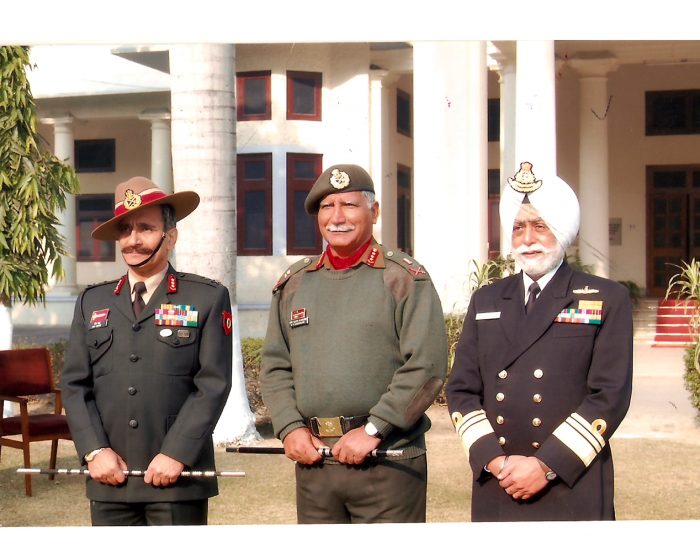 I was invited to address a seminar of headmasters of public schools in Punjab.  I was not sure in what way public schools differed from others and whether like hotels they were graded according to the facilities they provided.  Five star hotels have to have bathing pools and health clubs as well as telephones, radio and T.V. sets in every room.  And much else, I gathered that one pre-requisite for a public school is that it must not depend on Government grants.  Thereafter there is nothing to stop any school adding the word “Public” to its name.  It is a grand sounding honorific and as easily acquired as the title Sant, Swami, Guru or Mahatma by anyone who wears saffron robes.

We borrowed the concept of public schools from England where only a dozen or so like Eton, Harrow, Rugby and Winchester make the grade.  Even about them it is said that English public schools are the institutions where instead of English they teach Greek and Latin,’ instead of being public they are strictly private, and where real teaching is done after classes are over.  Two features of renowned English public schools were extremely expensive and remained till recently the preserve of the landed aristocracy.  A story is told about their expensiveness.  A noble Lord when informed that his only son, who had just passed out of Eton, had been killed in an accident exploded, “There go ten thousand pounds”. It was after much reluctance that sons of commoners were admitted to English public schools.  They continued to be looked down upon as upstarts.  The word,”snob” owes its origin to commoners entering preserves of aristocracy.  It is an abbreviation of the French! Sans nobility or without nobility.  The word was put against names of boys who did not come from noble families.

The British introduced the idea of expensive, elite schools to India by opening a chain of them (often styled as colleges) in different parts of the country, Atchison Chiefs College at Lahore, Mayo (Ajmer), Scindia (Gwalior), Daly (Indore).  In the old days you had to prove your lineage before you got admission,’ money was not considered good enough’.  When the princely order began to dwindle and the business class came up, these schools grudgingly began to admit their children.  At the same time another string of schools came up to cater for sons of the noveau riche, ‘‘boxwallahs’ sans Bara Sahibs.  Amongst them the first was Modern at Delhi and Doon at Dehradun, which became pre-eminent amongst Indian public schools.  Many old established schools also achieved elevated status, St. Xaviers (Calcutta), St. Pauls’ (Darjeeling), La Martinere (Lucknow), Bishop Cotton (Simla), Lawrence Schools (Snawar and Lovedale).  Top army brass had their Sainik Schools given public schools grade.  Not to be outdone, a few exclusively girls schools like Welham (Dehradun) and Gayatri Devi (Jaipur) joined the exclusive fraternity.

As I have said earlier there is no copy-right on the word, ‘public’ . The Indian Public Schools Conference which has laid down certain norms for excellence like playgrounds, teacher-student ratio etc. recognises only 56.  St. Paul’s (Darjeeling) which answers all these requirements and is the most expensive of Indian schools (Rs. 1,000 p.m.) is not a member of I.P.S.C. There are others which have outward paraphernalia of sports grounds and meeting halls but do not bother with libraries or with good teachihg staff, they hire and fire ill qualified and poorly paid teachers and the teacher student ratio in some of them is more than fifty students to one teacher.  Their main concern is with the school uniform and teaching children to march in step to salute visiting VIPs propped up on the saluting base.  They have become high dividend yielding enterprises.  I know a few of that kind in Punjab.  The one I went to visit last week had quite a good staff but its classrooms had yet to come up and being in the heart of the city, it will never have a playground of its own.

The great advantage of sending a child to a reputed public school is the camaraderie it engenders and the benefits that accrue in later life if one of its boys makes good.  At one time England’s cabinets, Tory or Labour comprised of men who had been in Eton or Harrow.  The old school tie had enormous pull Stanley Baldwin, when he became Prime Minister of England (he was one of the least distinguished and most colourless of PMs) wrote in his memoirs, “When the call came for me to form a Government, one of my first thoughts was that it should be a Government of which Harrow should not be ashamed.  I remembered how in previous Governments there had been four or perhaps five Harrowians and I determined to have six.  To make a cabinet is like making a jigsaw puzzle fit and I managed to make my six fit by keeping the post of Chancellor of the Exchequer for myself.”

Years ago a party of English Public School boys came to spend their holidays in India.  One fellow, who was more enterprising than the others, discovered that General Rajendra Singhji then Chief of Army Staff, was a product of his school.  He took the liberty of writing to the “Old Boy”.  When he emerged from his third class compartment at New Delhi Railway Station, he was met by an ADC and driven in a staff car to the C-in-C’s residence.  While his companions had to slum it out in youth hostels and travel about in scooter rickshaw, this youngster stayed in an air-conditioned suite of rooms and saw the sights of Delhi in a car with four stars on its number plate.

The old school tie network does not obtain in India except among boys of Doon School.  I am sure it is a legacy left by its two English headmasters, Michael Foot and J.A.K. Martyn, both products of English public schools.  When Sanjay Gandhi was in power he inducted his school buddies into politics.  Now Rajiv Gandhi is the numero uno we have his Dosco schoolmates ruling the roost.  If you choose the right public school at the right time for your son, you will not go wrong.