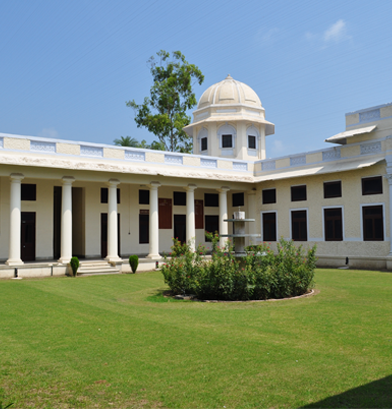 As the chain of new Sainik Schools was started all over India, the duration of the course, the academic syllabus, the scholarship-scheme prevalent at Nabha were adopted by these Sainik Schools. Quite a few principal-designates from the services were advised to visit P.P.S. and study its working. Thus Nabha School ceased to be a Sainik School in name but it remained as a pioneer in this field.

This change in name from Sainik School to The Punjab Public School, later on proved to be a boon in disguise. If all the boys come from economically, socially and educationally backward families, however competent the staff may be, it becomes rather difficult to change the rustic boys into a refined group.

However, if you have half the lot of boys from civilised homes they are a desirable influence on rural boys as far as appearance, dress, manners, code of conduct, values in life etc are concerned. The influence of rural boys who are generally simple, honest, sincere, loyal, willing-workers and not at all conscious of status is equally good on urban or rich boys.

Those parents like doctors, engineers, industrialists, business executives who did not want their sons to join Defence Services, preferred P.P.S. to Sainik Schools as it was run on Public School lines without a tough undesirable regimentation. Even high ranking Defence Service officers who wanted their sons to follow in their footsteps as far as career was concerned, sent their Children to P.P.S. in preference to Sainik School or other Public Schools as we produced N.D.A. results as good as any other School.

This ultimately resulted in P.P.S. having an ideal mixture of rich and poor boys, and rural and urban crowd. Sainik Schools were patronised only by scholarship-seekers and public schools remained citadels of affluent Society. Sainik Schools had just a sprinkling of Govt. of India Scholars. I think in the present Socialistic trend in the country P.P.S. is an ideal School where there is no place for class consciousness.

« Previous article
"Requiem for ‘The Great Banyan Tree’" Next article »
"Gopi B Malkani, The Lady With The Lamp"