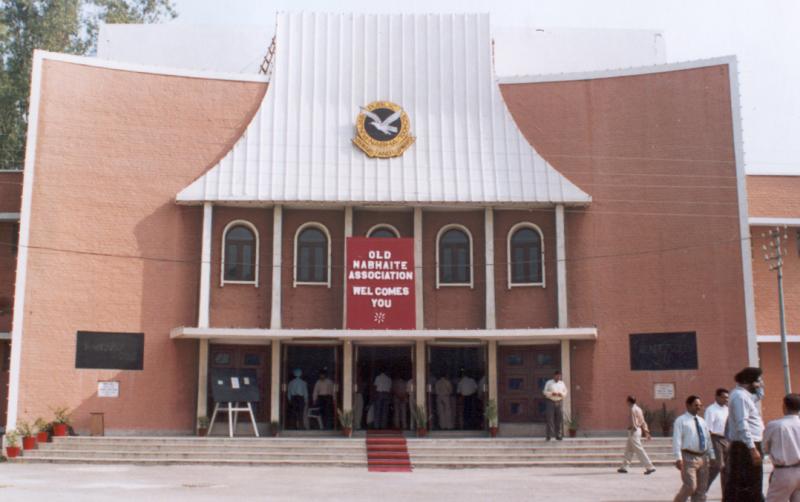 A place where students do not know how to walk – they only run. A tightly packed daily routine leaves little time for idle walk. A mandatory crew cut for those having short hair & a turban for those with long hair. Smartly uniformed & bright eyed students are constantly on the go in a race against the clock – for it is a very hectic schedule from the ‘Rouser’, at 5 A.M., to the ‘Lights out’, at 10.30 P.M. In the afternoon games – not a single student is sitting idle. All students, without exception, are going through the disciplines & pleasures of sports. Come evening – more than twice a week they are either participants or the audience in a debate, declamation or a cultural show. Undoubtedly, the best & the most relaxing part of the itinerary of these students is the Saturday evening movie. These students stand out prominently for their independent nature, smart turn out, pleasing manners & a gripping physical & mental agility, qualities that make these students the natural candidates for defence services.

You are mistaken if you think we are talking of the National Defence Academy (N.D.A.) Khadakwasla. Nearer home – this has been going on since 1960 in the sprawling (100 acre) complex of the Punjab Public School (P.P.S.), Nabha. In the seventies & the eighties this school found a place in the 7 best residential schools of India, notwithstanding the fact that it was the youngest of the chosen seven schools. Two things are specific to this school. Sprawling playing fields that can accommodate 500 plus students at one go – a feature lacking in schools located in the hills. Secondly, there have been Govt. sponsored students who generally are the children of the soldiers in the ranks. A place where a Junior Commissioned Officers’ child rubs shoulders with a General’s son. This sprinkling is a great leveler. A student of this school – for all times to come – does not turn out to be a ‘snob’, an idiom usually reserved for students & ex-students of such elite schools. Humility is the hallmark of a P.P.S. product.

As we enter the new millennium this school (originally a Boys’ school & now a co-educational residential institution) has churned out more than 4000 students. Certainly the end products or the ex-students, you can well imagine, are indeed a picture of discipline, dedication & honesty. The first batch must be around 50 yrs. old today. Old Nabhaites Association (O.N.A.) is the official body of these ex-P.P.S. students. The O.N.A. has an official newsletter, “The Eagle”, published very punctually by Dr Jashanjot(S-52) from Jalandhar on behalf of ONA and edited by the Editor, Mr.Ashwani Aggarwal(J-188), an ex-P.P.S. student, presently in business at Jalandhar. This is posted to all the old Nabhaites across the globe. Besides an interactive website is also being maintained by Dr Jashanjot(S-52) and sponsored by another Ex-Student of Jalandhar, Satwinder Singh Saini(J-452), from the U.S.A..Traditionally the O.N.A. meets once a year, in the school premises, on the so called ‘O.N.A. Day’, to further the bonds of kinship amongst themselves, to pay respects to their Alma Mater & also to get blessings of their ex-teachers. The ex-teachers, like the students themselves, had a ‘cosmopolitan’ character. Stalwarts in their disciplines, they were drawn from all parts of the country & there were some even from the U.K. The former teaching fraternity, most of whom are presently heading prestigious schools, take great pains to gather on this day, from far & wide across the country, to reaffirm their affection for the students & the school. In a lighter vein P.P.S. is also known as a Principals Producing School. 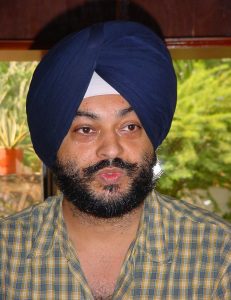 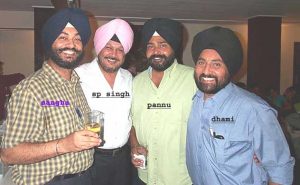 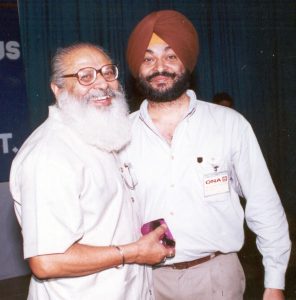 Dr.J.S.Bhangu, a leading Jalandhar city radiologist & an ex-P.P.S. student, who is also the Secy. of the O.N.A., informs that this year the O.N.A. day, on October 22, is being celebrated in a grand way – this being the 40th year of the schools’ existence. Col. Sant Prakash Singh (R-84), another ex-P.P.S. student, presently posted in Jalandhar Cantt. , is the Chairman of the Organising Committee formed by the Jalandhar Chapter for this special occasion. The Committee is making sincere & painstaking efforts to make this O.N.A. Day a historic & a memorable one. According to Col. Singh the ex-P.P.S. students have carved a respectable niche in the society. You find them, he says, in the Armed Forces, Indian & the State Civil & Police Services, in active politics, in the field of journalism & as eminent doctors, engineers & businessmen.

The P.P.S. Nabha was conceptualised in the late fifties & was the brainchild of the revered chief minister of Punjab, the Late Sd. P.S.Kairon, who was a great visionary. With his patronage & unstinted efforts of Mr.J.K.Kate, the founder Headmaster, the School was inaugurated by the by the then President of India, Dr.Rajendra Prasad, in 1961. Originally named as Sainik School, Nabha, the idea & concept was extended nationwide leading to the establishment of a chain of Sainik Schools. Thus this school can also be referred to as the father of Sainik Schools. However, Sd. Partap Singh Kairon did not desire to loose Mr.Kate, as the Headmaster, as all serving Headmasters of Sainik Schools were to be of the rank of Major or above. Due to this reason & also to maintain Nabha School’s independent character, by keeping it beyond the control of the Ministry of Defence, the school was re-christened as The Punjab Public School, as it is known to date. To compensate for the Defence requirements Sd. P.S.Kairon started Sainik Schools in Kapurthala & Kunjpura (in the undivided Punjab, then).

At 40 yrs. of the schools existence, it is a time for introspection. Have the teachers & the taught, at P.P.S., lived up to the vision & expectations of Sd. P.S.Kairon? The answer is in the affirmative. As IITs are Nehru’s gift to the nation – so is P.P.S., Kairon’s contribution to India. In this 40th year of the school, wherever & whatever they are, all the Ex-Nabhaites salute Kairon & Kate.