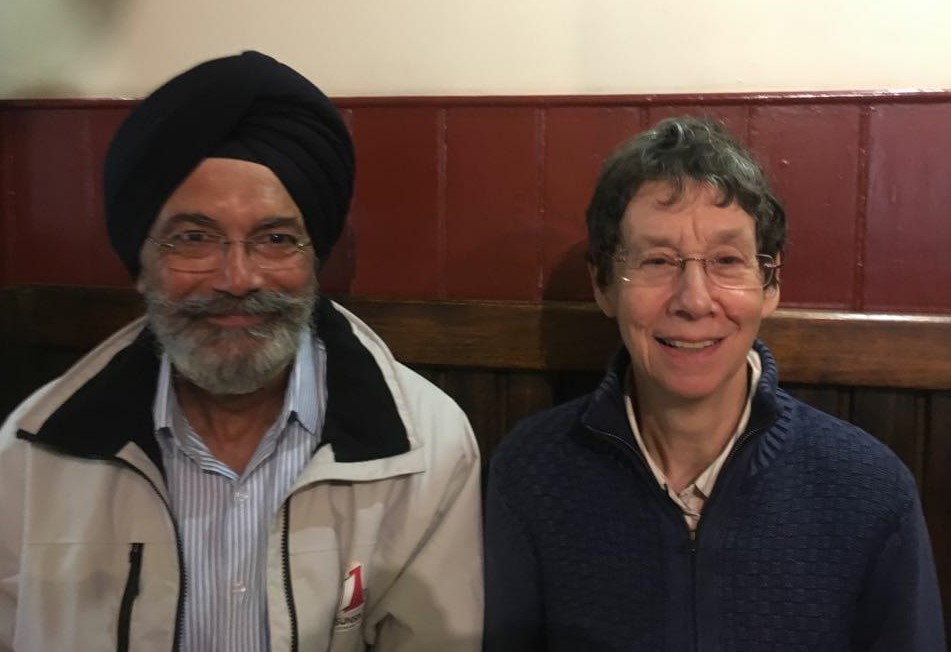 Arriving in Nabha by train from Delhi early in the morning Neil Hutchinson (VSO) and I were picked up by the school van.

I was very impressed by my first view of PPS Junior School. What a wonderful building. What had been The Maharajah’s guesthouse was now a boy’s boarding school.

Everyone was very welcoming. Neil and I were even given “English” food for the first few days which was mainly mashed potatoes and scrambled eggs which was very thoughtful but I soon preferred the normal school meals. My favourite was banana custard!

I was Sutlej house mistress and needed to be instructed on my role and duties by Mrs. Sidhu, the junior school matron and Miss Malkani, the head mistress.

Morning was a busy time with the boys getting ready for assembly. I remember watching the new Sikh boys learning to tie their turbans under the instruction of Balbir Singh.

I remember Miss Malkani for her selfless devotion to the boys, the school and especially to her class of boys who arrived knowing very little English.

Many times I have walked past her classroom after lessons were over for the day and have seen her sitting with one or two small boys deep in discussion and giving them extra tuition.

I have very fond memories of Miss Malkani who I soon called by her first name, Gopi.

Lila Kak (Bhan) and I would go to her sitting room on many evenings at about 9pm and she would be busy marking books and preparing for the next day’s lessons. We would chat about the day and be given a bowl of delicious “Dahi” made by Gopi’s mother.

At ten pm Gopi would take her lantern and walk through all the dormitories checking to see that all the boys were safely tucked up in bed and asleep and then see us to our rooms.

One hot afternoon she was walking down a corridor with Lila and me following when she noticed a small black snake lying peacefully on the skirting board. Terrified, Lila and I immediately jumped on to the nearest chairs. Meanwhile she coolly and calmly went to get the chowkidar to deal with the snake.

My class tended to be quite rowdy as I was not able to keep order in class but if Miss Malkani walked by, immediately silence reigned and you could hear a pin drop! At least for a while.

She never raised her voice but all the students respected and were in awe of her. Each boy knew that if he had a problem or concern he could go to her for support and comfort.

During the second Indo-Pakistan war in 1965 the school had to maintain a strict “blackout” at night. There was a rota of teachers who had to be on duty for several hours during the night.

I remember walking with Mr. Mallon around the Junior School during a cloudless moonlit night keeping a watch out but for what I am not sure! It was eerily quiet but very beautiful.

It was a worrying time and some boys were very scared and home sick.

For me it was an amazing, never to be forgotten year. I gained and learned a tremendous amount from my interaction with the boys and staff; I grew up and made wonderful friends.

« Previous article
"Of Public Schools, Houses and House masters....." Next article »
"A TOAST TO PPS"