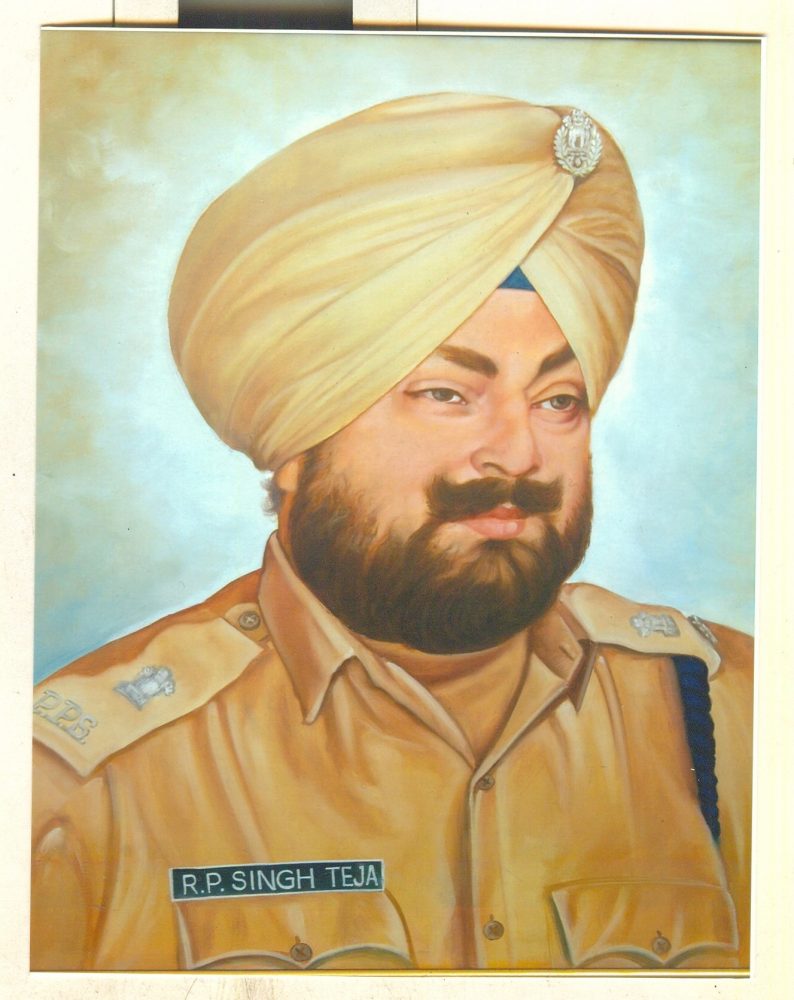 Mr. Teja’s father had also served in Police Force and was recruited as direct Asst. Supt. of Police in Pepsu State in 1940. As Pepsu had vast area under it so his father was stationed at various places like A.S.P Hoshiarpur, Jind, Ferozpur, Karnal, Rajpura, Ambala, Patiala and he had good opportunity of visiting and spending his childhood there with his father. Rupinder lost his father at a very young age of 13years, at the time of his death he was stationed at Srinagar as Supt. of Police.

After completing his schooling, he took up Bachelors of Arts at S.D College Ambala. He graduated in 1974. He enrolled himself in Punjabi University, Patiala and completed his LLB successfully.

Mr. Teja performed extraordinarily in his duty. He was promoted to Deputy Supt. of Police in 1988. There after he was given charge of Sub Division Gurdaspur (R) meanwhile he also had additional charge of D.S.P (D).

He also had a chance of serving Batala district as a D.S.P (D) where had a very close encounter with death. On 18.1.1991 village Kasitpura Dist. Batala when he was on his way to his office from his house, his convoy was ambushed by the terrorists. He fought bravely and managed to kill couple of terrorists in the operation. There was 1 casualty in the operation who was Mr. Teja’s gunman he too was also hit by a bullet in his lower back but he managed to drive himself to the hospital with a bullet injury with unconscious gunman lying on the gypsy’s floor. After recovering from the injury, he kept on working for the Punjab Police at Batala. Due to his outstanding work in the force he was recommended by his seniors to work again form the same place of posting.

On 27.01.1992, S.P Teja was directed by S.S.P Batala to search village Karnama under Police Station Qadian, Dist. Batala. Mr. Teja following the order took his search team and searched the village where he located hard core terrorist KCF (Wassan singh Zafarwal group) who was deputy chief of Khalistan Commando Force Sukhwinder Singh ‘AKA Gora’, who had rupees 20 lacs reward on him. He was killed by S.P, Teja and later on in the operation S. Rupinder Singh Teja sustained couple of bullets which took his life.

He was awarded by President posthumously in 1994 for his gallant services in the police force. He will always be remembered by his family and all his known as brave officer who sacrificed his life for his nation.

Jaskaran Singh Teja is the third generation serving the police force. His first posting was as SHO Anandpur Sahib, Dist. Ropar and then circle Insp. Kharar, SHO Phillaur Dist. Jalandhar and SHO, Sadar Patiala. Later he was promoted as Deputy Supt. of Police in 2007 and was given charge of sub division Samana Dist. Patiala and he has been retendering his services in Samana from last 2 years till date of this writing. 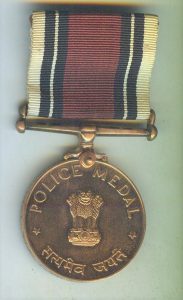 The audience consisted of Old Nabhaites and their families, the students passing out of School (classes X and XII), the staff members of the School and the ex-teachers of PPS.

A two minutes silence was observed as a mark of respect to the Old Nabhaites who left us during the year, namely Mrs Gen Kulwant Singh, Member, Board of Governors, Lalinder Singh Dhindsa (B-52), Tarif Singh (J-53), Harpreet Mand (B-137), Dr Parminder Singh Pannu (B-840), Dr Anoop Singh Dhindsa (B-281), Jasbir Singh Gill (J-43) and Laxmi Narain Bansal (J-83).

« Previous article
"Capt Harjit Aulakh" Next article »
"My Earliest Experience of The PPS!"