In A Class Of Its Own 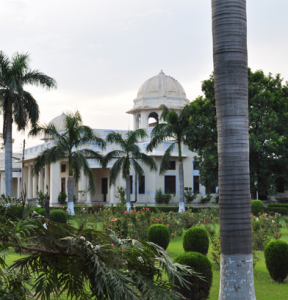 In a class of its own

Punjab Public School, Nabha — celebrating its golden jubilee today — has the infrastructure and teaching methods comparable to the best in the world,
writes Harish Dhillon

THE original purpose of setting up public schools was to create a class of young men who would be equipped to govern England and its colonies. The curriculum in these schools gave the students the qualities of leadership, integrity, a sense of duty, an awareness of the world and national pride. It was mainly children from aristocratic or wealthy families who attended these schools. Inevitably, all the important positions in the government were occupied by these students.

By the 20th century, with the growing civil unrest, the British were finding it difficult to govern India. Fewer British officers were opting to come to India. To deal with this, the British encouraged Indians to take advantage of public school education. Many new schools were established which catered to students from the ruling elite. Here, too, all the children came from aristocratic or wealthy families. Now there was a whole class of Indians ready to take up administrative posts. When the British finally left India, it was from this class that the vacuum was filled.

The people from this class are successful because they have had the privilege of an excellent school education, and this privilege comes to them because they belong to families who have wealth, power and connections. This is a start that is not available to a common man’s child. It was against this background that Punjab Public School at Nabha had its genesis.

In 1959, the then Chief Minister of Punjab, Sardar Partap Singh Kairon, presiding over a meeting of the post war reconstruction fund committee, suggested the starting of a public school in Punjab for the sons of serving and retired officers, JCOs and ORs. The model for the school was Military School in Dehradun (RIMC), formerly, the Prince of Wales Military College. This proposal was considered most apt as the bulk of the money, which was set aside for the school by the PWSRF fund committee, had been put into the fund for the benefit of the ORs, who had served during the war.

“It is, therefore, in the fitness of things that this school should be started as a sort of memorial to those belonging to Punjab, who served during World War II.” — Lt Gen Kalwant Singh, speaking on the first formal day of PPS, April 14, 1960.

A sub committee with Gen Kalwant Singh as chairman was constituted to give shape to this vision. At the first meeting of the Sainik School sub committee, held on September 5, 1959, many important decisions were taken. It was decided to adopt higher secondary courses of Punjab University for the school, though JK Kate was later to opt for Cambridge courses. Admission to the school would be restricted only to boys because the main aim of the school was to train the students for a career in the defence forces.

The terms of appointment of the Headmaster were also drawn up. By November 20, 1959, JK Kate, Bursar, Lawrence School, Sanawar, had been selected as the Headmaster of the new Sainik School, and the decision taken that the school would be located at Nabha, to be based in the new secretariat and guest house buildings. Kate joined his new post on December 30, 1959, and immediately embarked on the task of putting every thing in place with great efficiency, precision and enthusiasm. 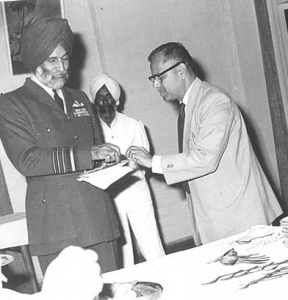 His first task was to appoint a suitable deputy, and for this he chose SC Cowbell, former Senior Master of Sanawar. The other early appointment was of MN Tankha, former geography teacher at Modern School, New Delhi. Together this trio prepared the blueprint for the functioning of the school.

They were joined by the legendary Ms Malkani as the Headmistress, and by many other teachers who were, in the years to come, to become famous for their contribution to the cause of school education. Kate himself was later to be awarded the Padmashri. As many as 130 boys in classes five to eight were admitted, many of whom were on full scholarship and some on half scholarship. At a simple ceremony, Gen Kalwant Singh inaugurated the new school on April 14, 1960, though the formal inauguration was performed by the then President of India, Dr Rajendra Prasad, on April 11, 1961.

It is in the fitness of things that now, once again, after 50 years, the President of India will be the chief guest at the golden jubilee celebrations. Later in the year, intimation was received that as a Sainik School, the school must be placed under the Central Government. Sardar Partap Singh Kairon reacted with his usual clarity and swiftness: the name of the school was changed to Punjab Public School. It was no longer mandatory for the students to join the defence forces.

From these quiet and modest beginnings, Punjab Public School grew from strength to strength. New buildings and facilities were added over the years, and today the infrastructure is comparable to the best in the world. The constant introduction of new innovations, both in teaching methods and the curriculum, has ensured that PPS remains ahead of the pack.

The change in name proved a boon. The Punjab Public School, Nabha, came to have an ideal mixture of rich and poor boys, and the rural and urban crowd. Sainik Schools were patronised only by scholarship seekers, and public schools remained citadels of affluent society. “I think in the present socialistic trends in the country, PPS is an ideal school where there is no place for class consciousness.” — JK Kate in Pride of Punjab. This is ensured through the large number of merit-cum-means scholarships that the school awards.

As a result, the PPS boy remains singularly free of the snobbishness that is often ascribed to public school boys. Today the school can be truly proud of the glorious achievements of both its staff and students. As many as 26 former teachers have gone on to head other schools.

As for the alumni, the broad-based education that the school provides has ensured their success in a wide spectrum of professions from the armed forces, medicine, engineering and civil services to education, politics and business, both in India and abroad. The school has more than fulfilled the vision of its founding fathers.

« Previous article
"A School with a difference (SCALING HEIGHTS OF GLORY)" Next article »
"Of Public Schools, Houses and House masters....."