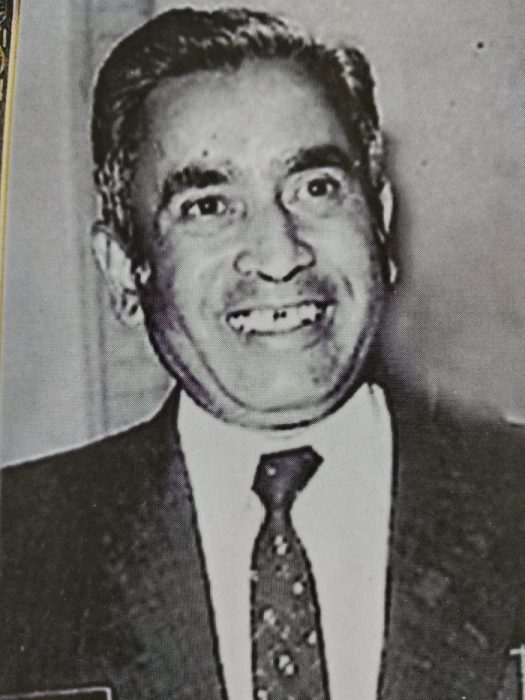 Mr Atma Ram Gupta joined The PPS in June 1972 as its second Headmaster. An alumnus of St.Stephen’s College, Delhi, he had obtained his Master’s degree in Physics from Delhi University and then started his teaching career at the Delhi Polytechnic Institute. Four years later, he joined Mayo College, Ajmer. He served there for 23years and functioned as Head of Physics department. He was the incumbent Vice -Principal at Mayo at the time he joined The PPS. During his tenure at Mayo he had also gone to the UK to teach at Uppingham School, England, for a year. Mr Gupta was a scholarly man and was known for his gentlemanliness, easy manners, conversational abilities and down-to-earth attitude. He became the torch-bearer to usher in the second phase of The Punjab Public School. 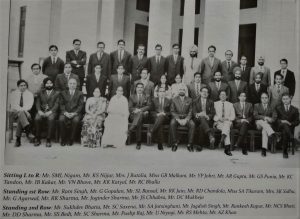 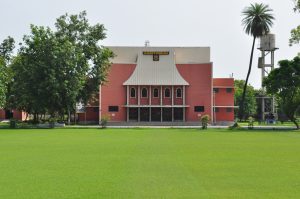 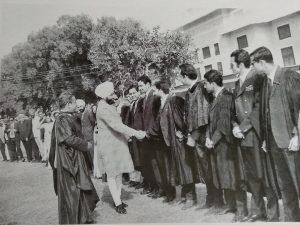 During Mr. AR Gupta’s tenure, the new auditorium was inaugurated, on 10th March, 1973, though its foundation had been laid in Mr JK Kate’s tenure. The size of Dining Hall was also increased to accommodate the entire School and 50 guests at the same time. The Old Assembly Hall was converted into a spacious and majestic library that is now among the best in the public schools of the country.

Mr. Gupta was a bachelor, but there were a number of nuptials amongst the staff during his tenure. In his speech at the Founders’ Day of 1974, he mentioned that:

“A record number of members of staff got married in the year, quite undeterred by the economic crisis. Probably they felt that two can face the difficult times ahead better than one. I must confess, as a bachelor headmaster, I have completely failed to inspire them but I am glad their marriages have given them stability. I welcome their ladies to our small community.”

Stressing the role of holistic and balanced education, Mr. Gupta told the students that:
“You boys are very lucky that you are growing up in such a desirable environment where all round development is the objective. This is no easy task. The stress on academic education in our country even at the cost of physical, emotional and cultural development is unfortunate. A complete and wholesome personality is possible only when all our different faculties grow proportionately.” 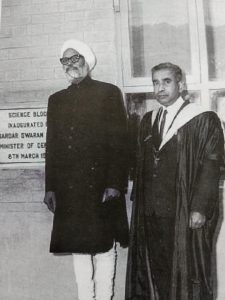 The Science Block recently and at inauguration by Union Minister, S.Swaran Singh.

Two changes that he brought in The PPS because of influence of his stay at Mayo College were considered controversial by many. One was changing the designation of Headmaster to Principal, contrary to prevailing practices in most Public Schools. Secondly, he changed the unique uniform of brown and cream to blue and grey which broke a tradition that is held very important in Public Schools. Both changes were reversed in later years.

In 1976, the School set a new record by sending 23students to NDA, Kharakvasla, in a single year. By far this has been the best performance of the school. By this time 140 of The PPS students had made it to NDA, and 92 of them were already commissioned officers. In 1978, Mr Atma Ram Gupta left The PPS to join Mayo College, Ajmer, as Principal. Mr Gupta ,a thorough gentleman, functioned in a liberal and democratic style throughout his tenure of six years. He believed in a gentle approach to handling students and gave due respect to their genuine demands and ideas.