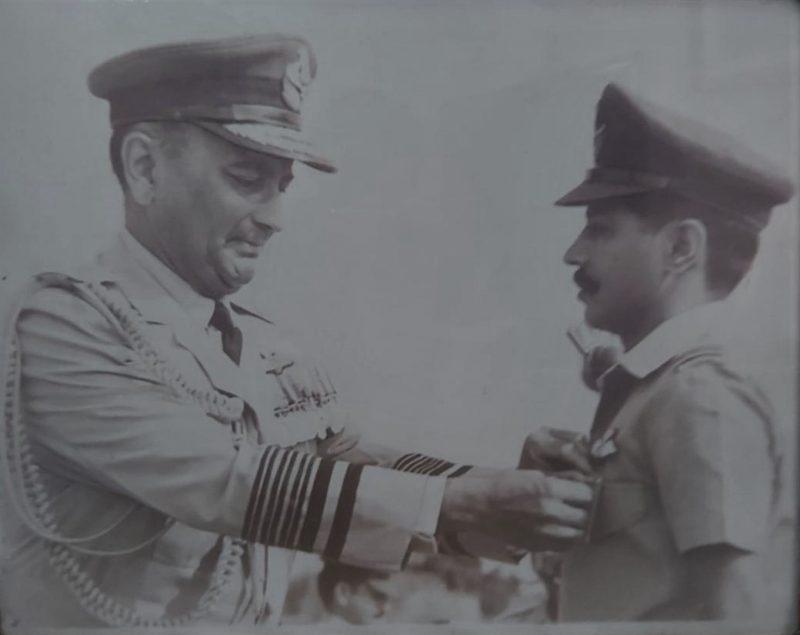 Daljeet Shaheed  was a very talented and bright student in school. Popular with staff and students. he became prefect of Beas House in class X.

According to His house master Mr. OP Bhatnagar, the great artist, Hindi teacher, writer, poet, hiker and and director of plays who often also played tabla , “He had every talent. He was a high achiever in studies, a good singer, a good painter, good stage actor, good speaker in debates and declamations, and a good sportsman. A true Public School product. I had spent a lot of time with him. I have a lot to tell about him” .

Wg. Cdr. Daljeet Singh Shaheed got commissioned in the Flying Branch of the Indian Air Force as a Fighter Pilot on 13th June 1970.

Here is a brief official account of dad’s war decoration.

During the operations against Pakistan in December 1971, Pilot Officer Daljeet Singh Shaheed was attached to the Brigade of 4 Guards of the Indian Army in the Eastern sector for duties as a Forward Air Controller in the Air contact team of the Brigade.

On 4th December 1971, he directed air strikes under heavy enemy artillery and small arms fire at Akhaura. In spite of the enemy engaging his position, he continued to direct air strikes for a period of 2 hours. The air strikes were so accurate and effective that they inflicted heavy damage on the enemy, demoralized it and silenced its fire.

Later, on the outskirts of Dakha, along river Lakhya, he took up his position at a vantage point and directed effective air strikes on enemy targets. Although he suffered a severe Asthma attack on 13th December, 1971, he continued to carry out his duties as a Forward Air Controller until the Pakistani occupation forces surrendered, enabling 4 Guards to be one of the first Brigades of the Indian Army to capture Dhaka.

Throughout Pilot Officer Daljeet Singh Shaheed displayed courage, professional skill, and devotion to duty for which he was recommended for the Vir Chakra by the CO of his Brigade, 4 Guards.

Wg. Cdr. Daljeet Singh Shaheed also saw action as part of the IPKF. He flew the Gnats and MiG 21 Bisons during his 27 years of service. He flew his last sortie to heaven on 25th September 2008 after suffering a massive cardiac arrest.

Mention in the Books 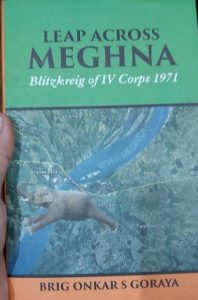 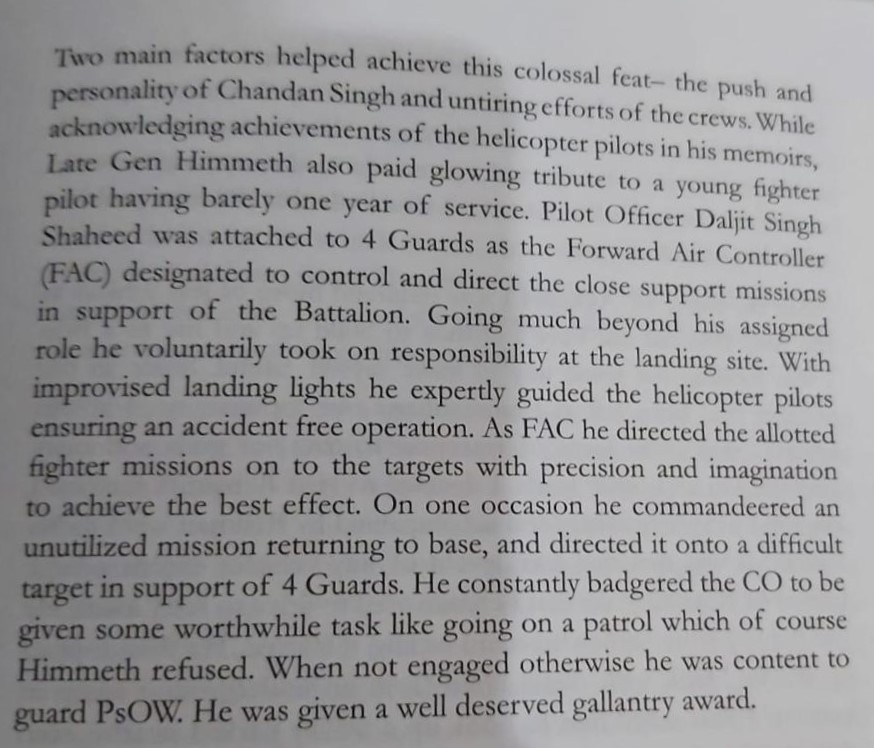 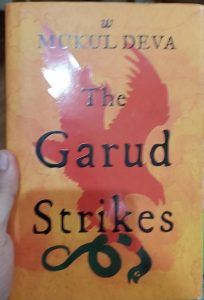 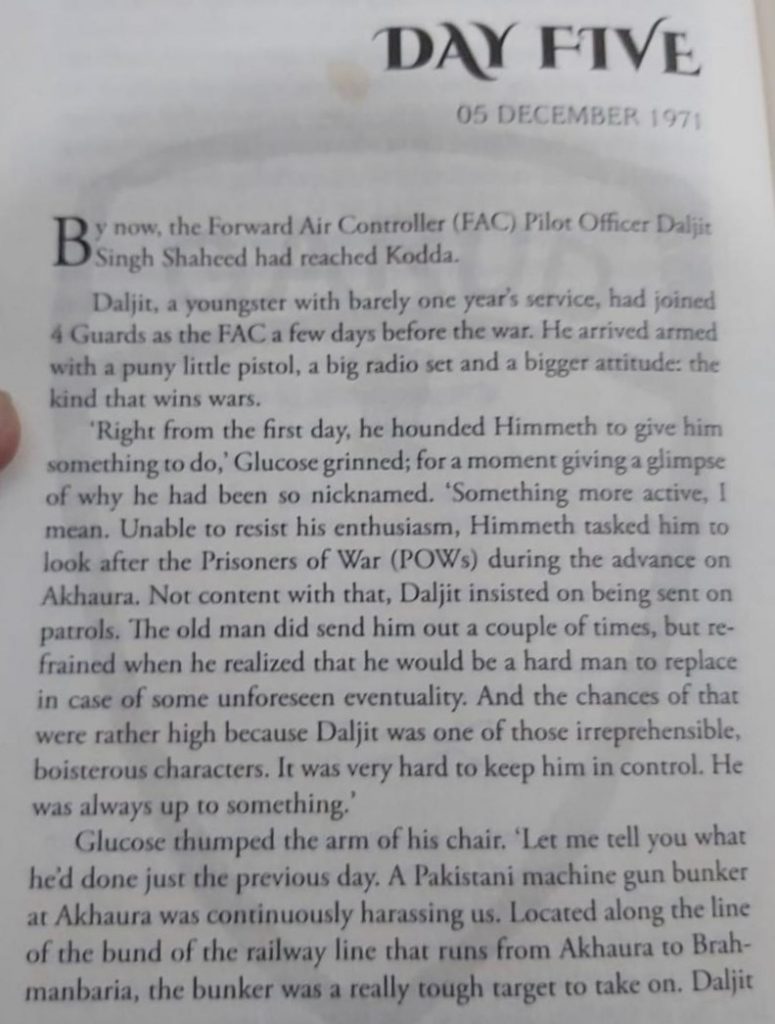 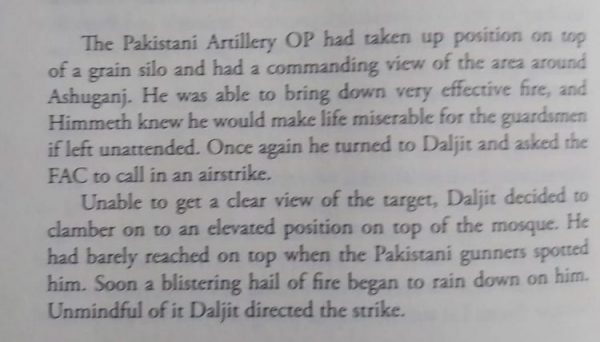 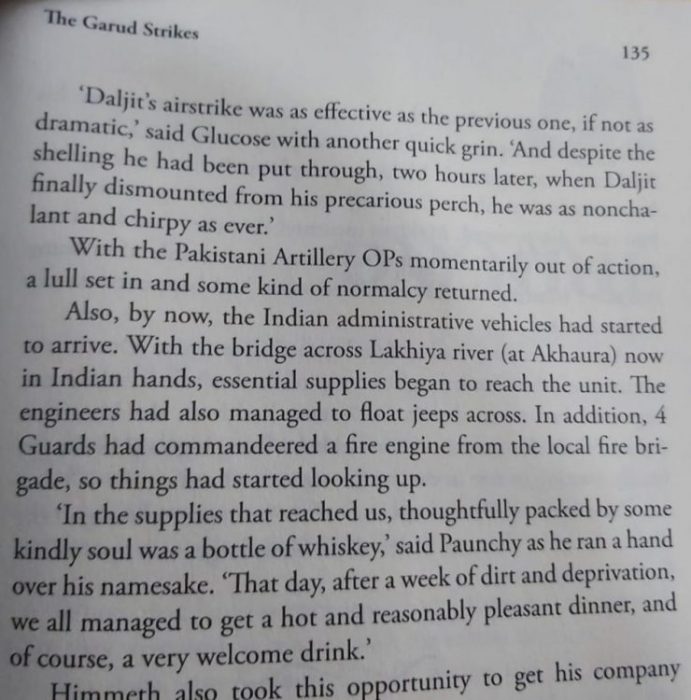 The Small but outstanding Class of 1965 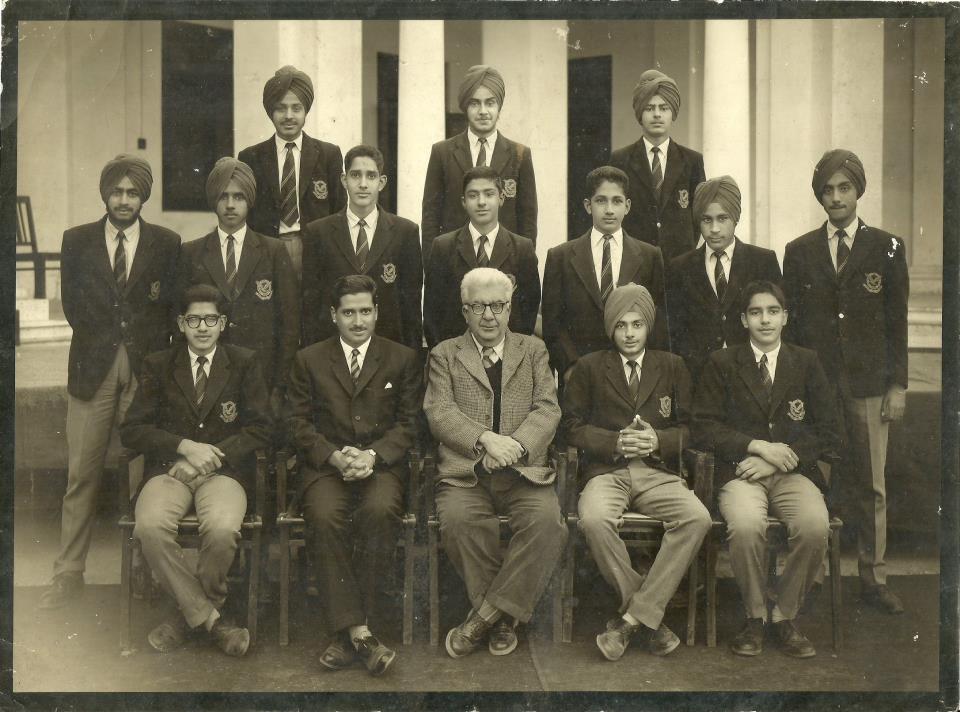 « Previous article
"THE GREAT ESCAPE!" Next article »
"THE DARING RESCUE!"