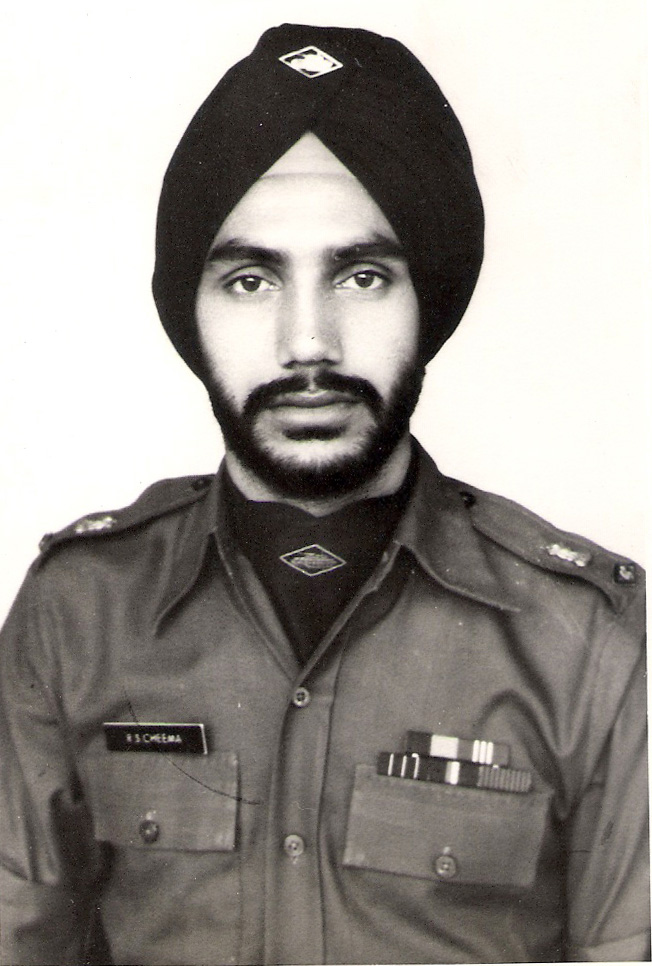 On the 6th December 1971,Lieutenant Rajvinder Singh Cheema led his troops for the capture of certain areas in the western sector. He showed great skill and determination in crossing a Bund and undeterred by enemy fire, he lobbed grenades into the enemy bunkers and captured an enemy post. Even when isolated at night, he stuck to his position and repulsed enemy counter attacks.

In this action ,Lieutenant Rajvinder Singh Cheema displayed gallantry, determination and leadership of a high order.

Secretary to the Government of India, 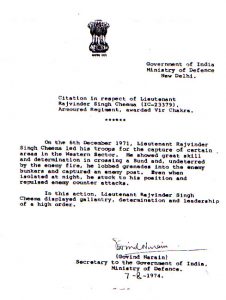 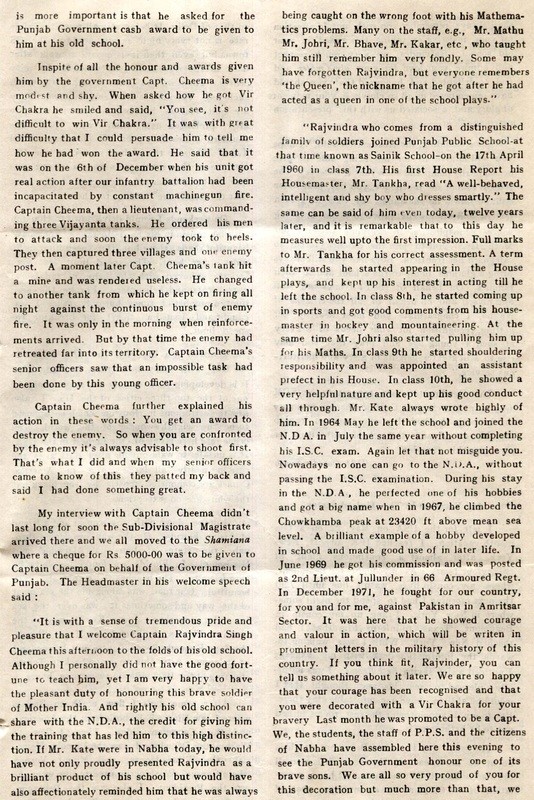 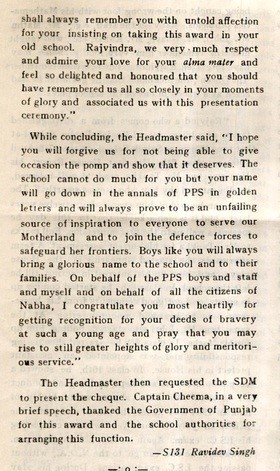 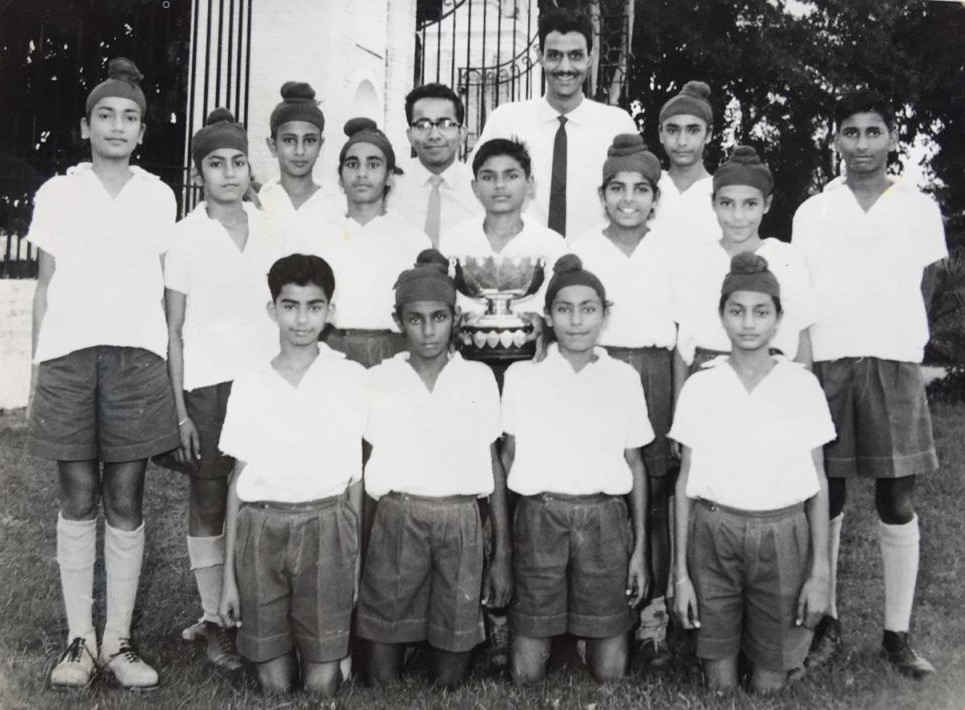 Ravi House Football team 1960s RS Cheema (R-8) is standing behind  Harpreet Sidhu (R-2) who is kneeling extreme right. Housemaster MR. MN Tankha can be seen as the tallest person in the pisture. 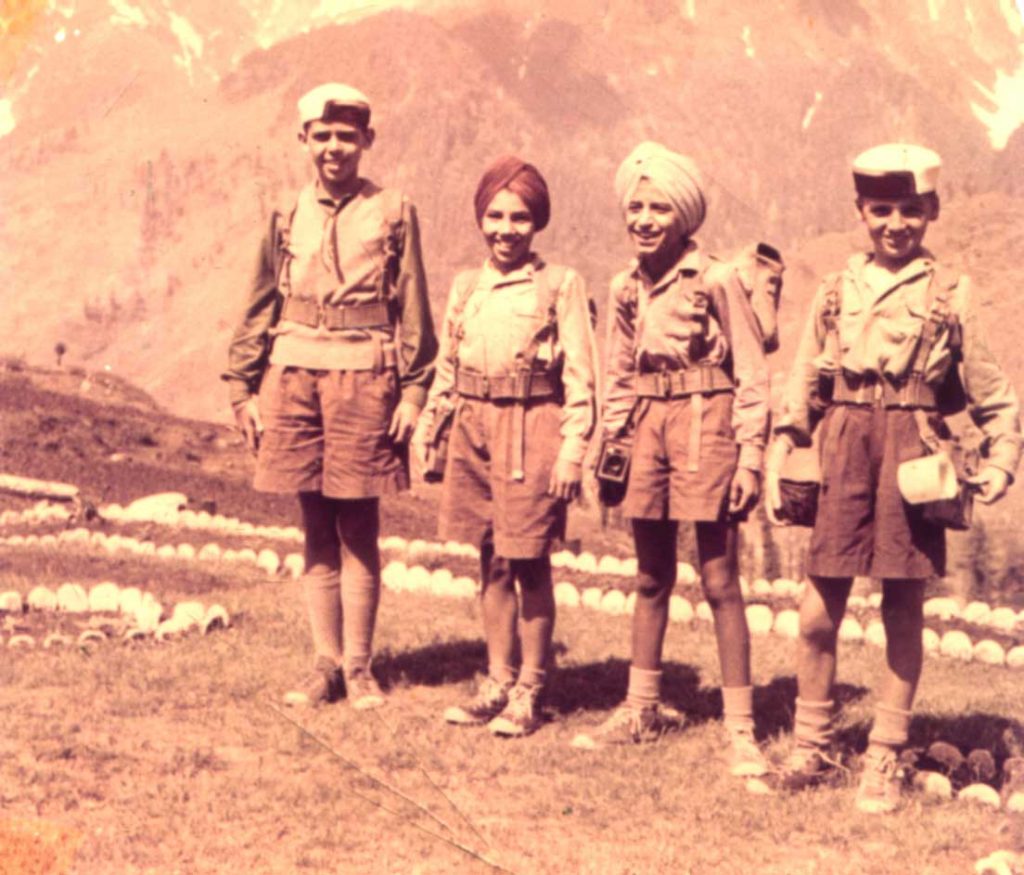 In a Mountaineering trip to Rohtang pass in 1961 (2nd June-14June), RS Cheema is seen standing second from left.

Some photos from the  Service  time: 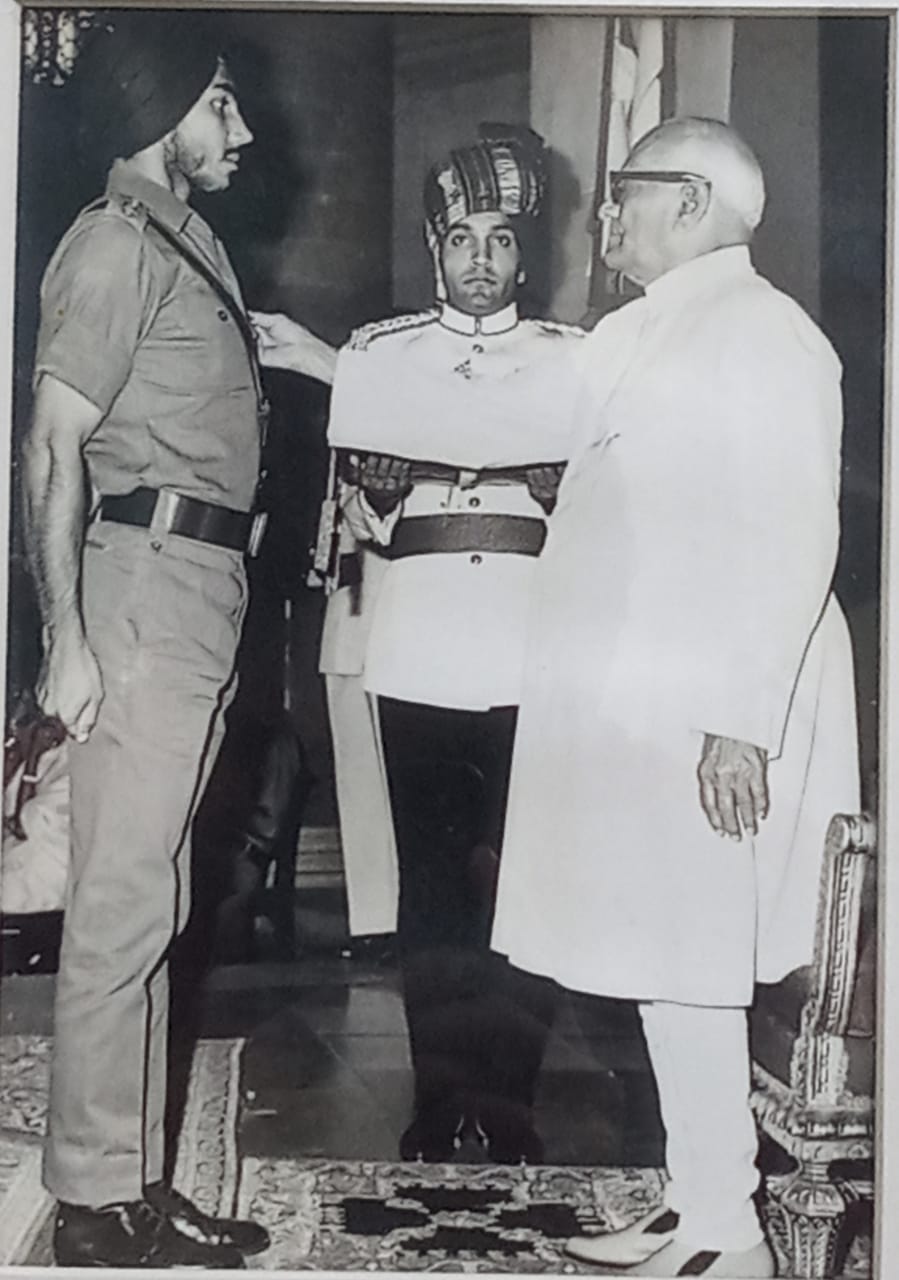 Receiving the honour from the President. 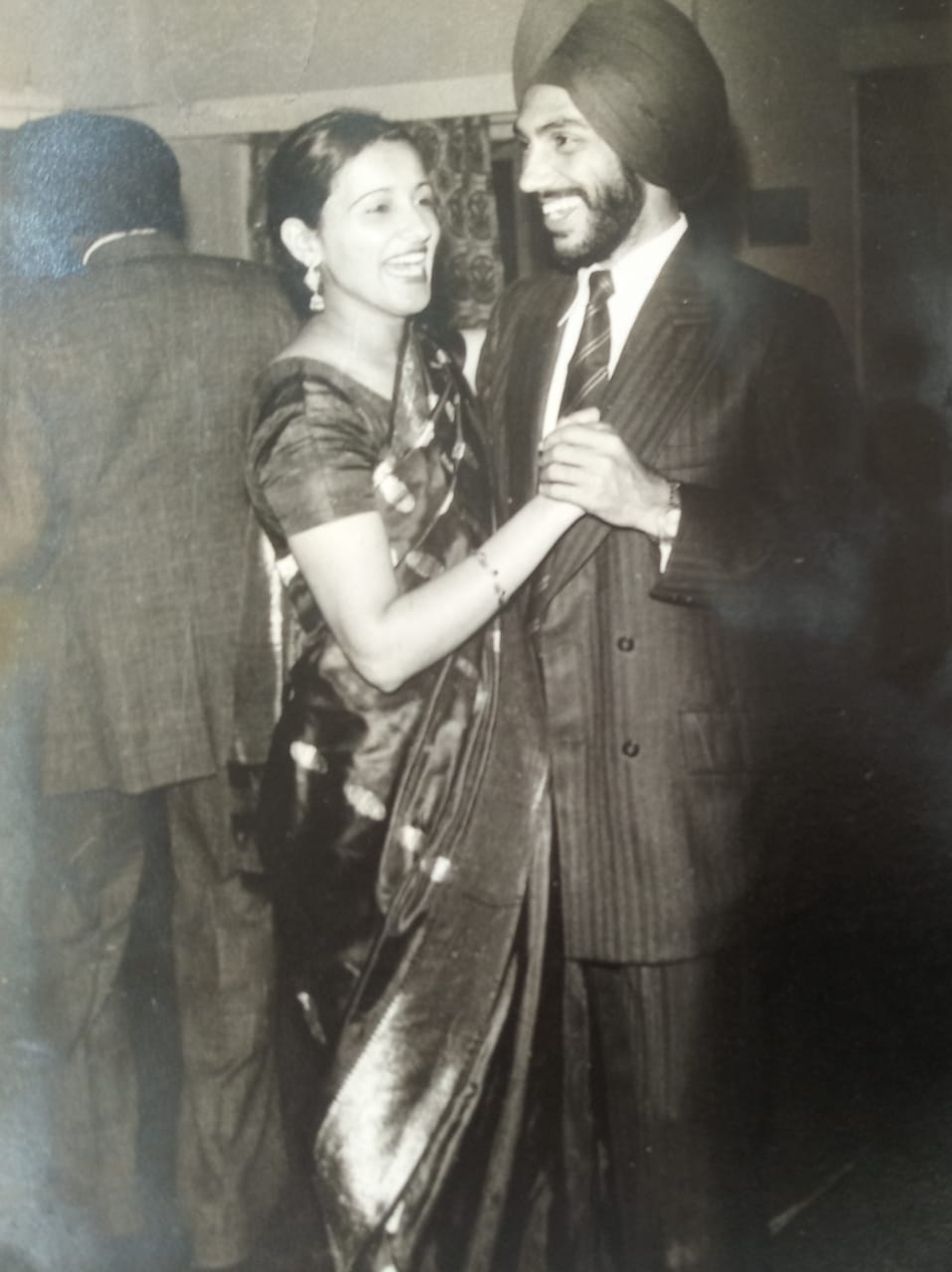 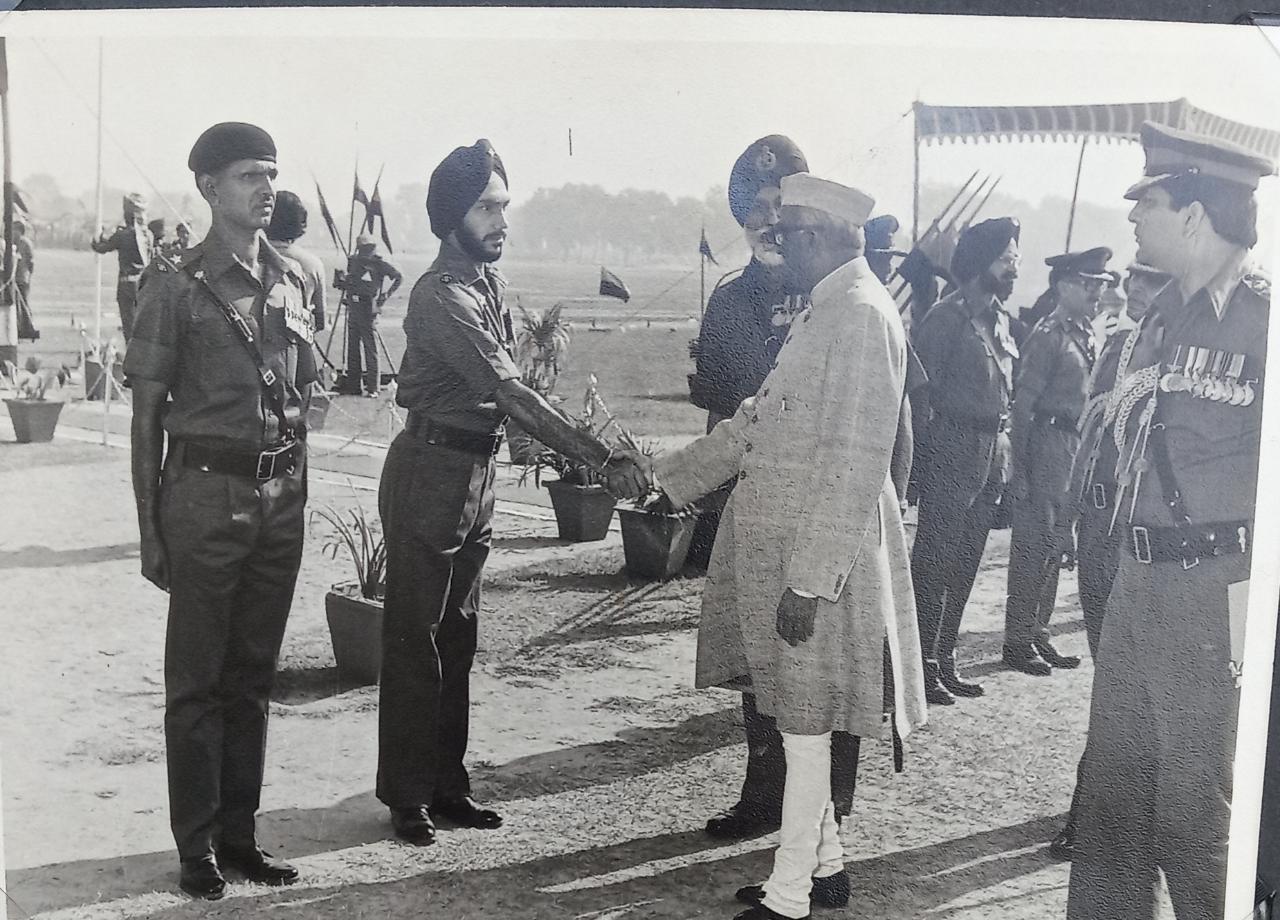 This is on 06 November. 1979, the President of India and Supreme Commander of the Armed Forces Dr. Neelam Sanjeeva Reddy presented the Guidon to the Regiment of Major RS Cheema. 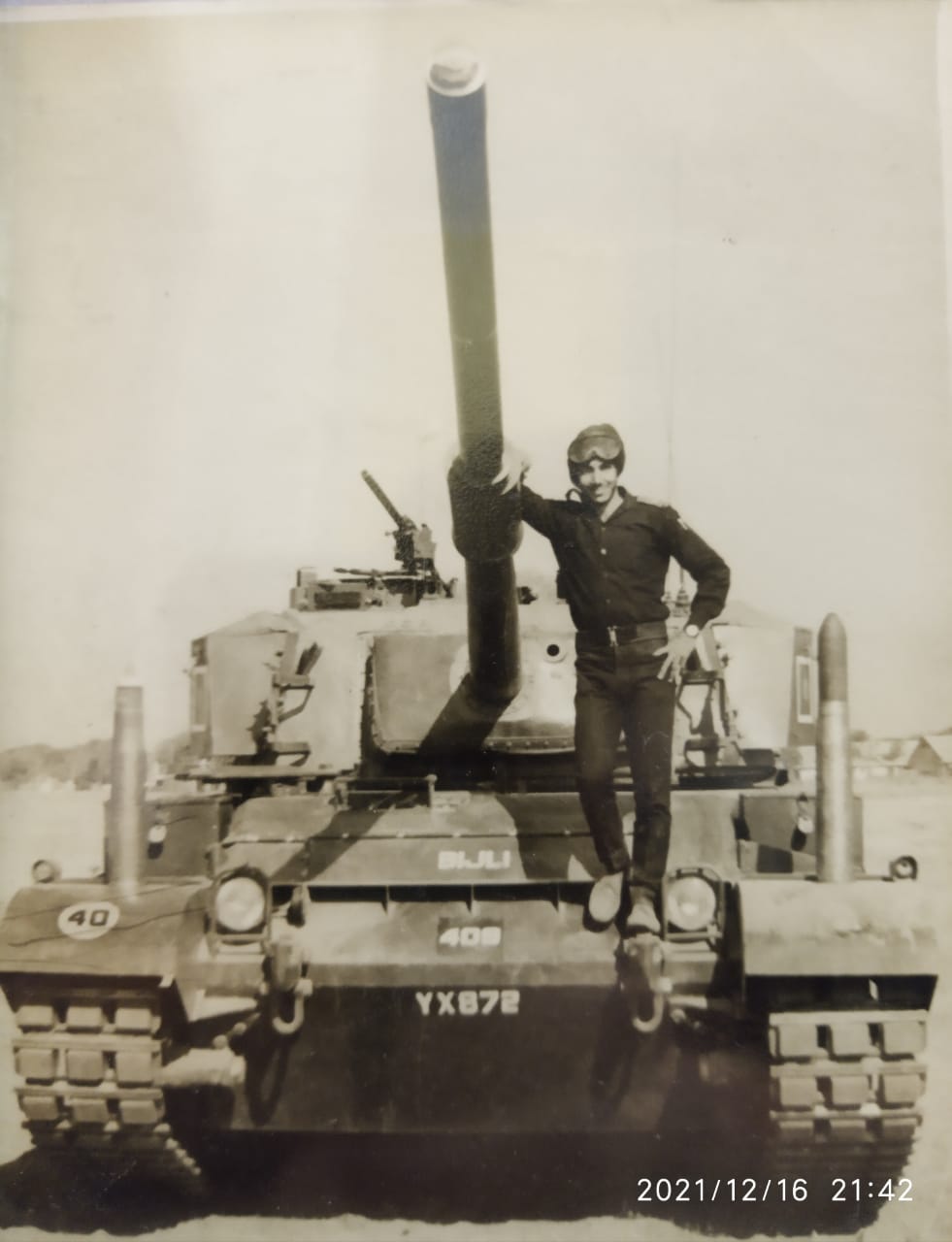 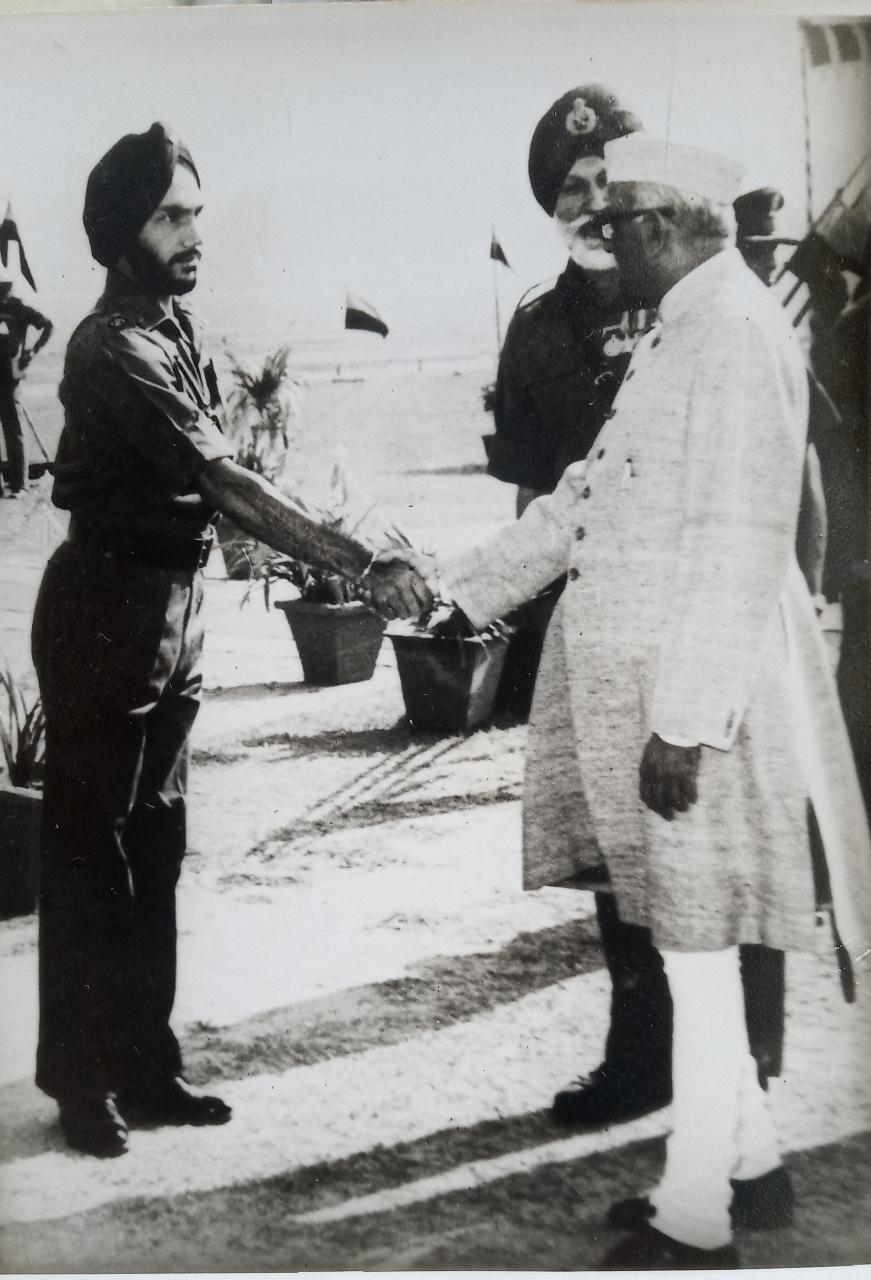