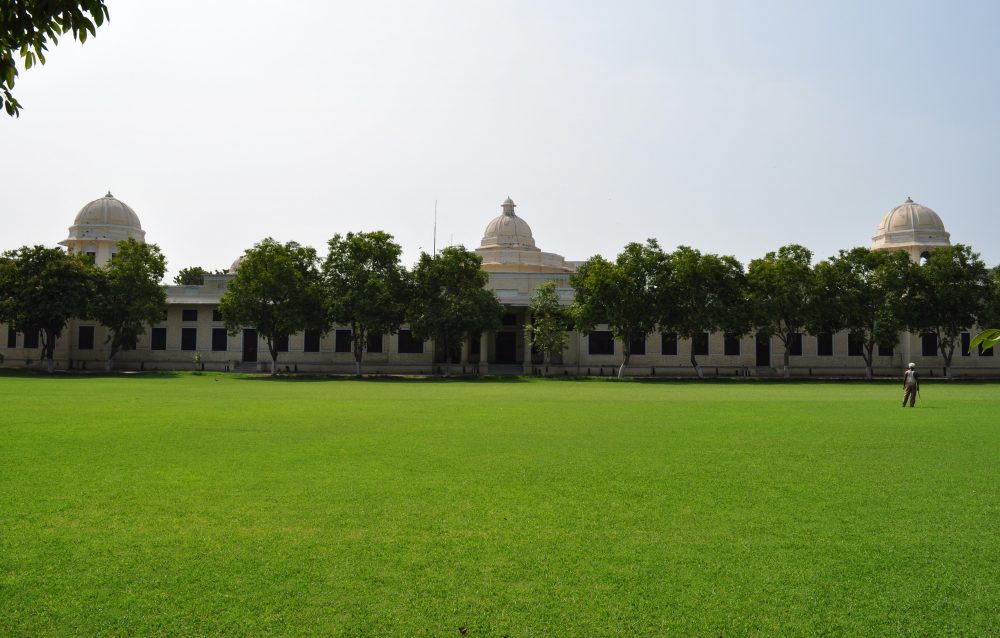 (Mr Michael Vodden the British Council Teacher (1962-64) had the greatest influence in running of the School in 1960s. These are his First Impressions, after arrival to The School in March 1962 and were published in the School Chronicle at same time. Mr Kate the Founder Headmaster often depended on and turned to him for advice on almost all matters of the School. This was apart from his giving the School its own School Song and introducing innovative methods of teaching the English Language.)

(from the school Chronicle)

“What’s happened here?” I thought to myself. “It can’t be the monsoon, either this year’s or last year’s. Perhaps a water-pipe has burst.” Here was the school we had been thinking about and travelling towards for almost a month. I had imagined an impressive building, and so it was, with shapely curving turrets. I had thought there would be grass and trees about, and so there were. But what I had not foreseen that the approach to it would look more like a river than a road.

Having splashed in through the main gates, the car stopped in front of an imposing entrance. There were some steps and some men on them. They must be some of my new colleagues. Try to forget about the last four hours in the car, entertaining travel – frantic children. “How do you do?” “Yes, thank you.” “Mr. Kate is at the Junior School. “All right, then we will go there.” 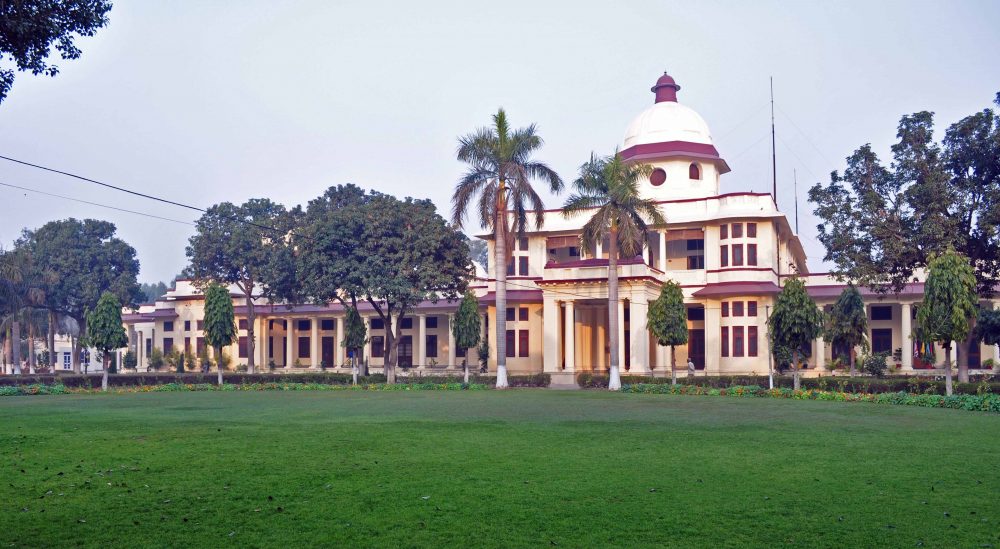 The Senior School or Kairon Block

Another large building, but this one seems all straight lines and pillars. So, this is to be our new home. Large rooms-a big verandah- running water, and hot too! Curtains, and such lovely ones! We could not help being comfortable here.

First impressions of places are quickly forgotten. The first time you go out of a new home, it seems different on your return. When you first see it, you see it in isolation or in comparison with somewhere else. As soon as you begin to know the surroundings, it changes. It is like setting of a play in school: the props that you used last year against one lot of scenery seem to look quite different against another lot of scenery. 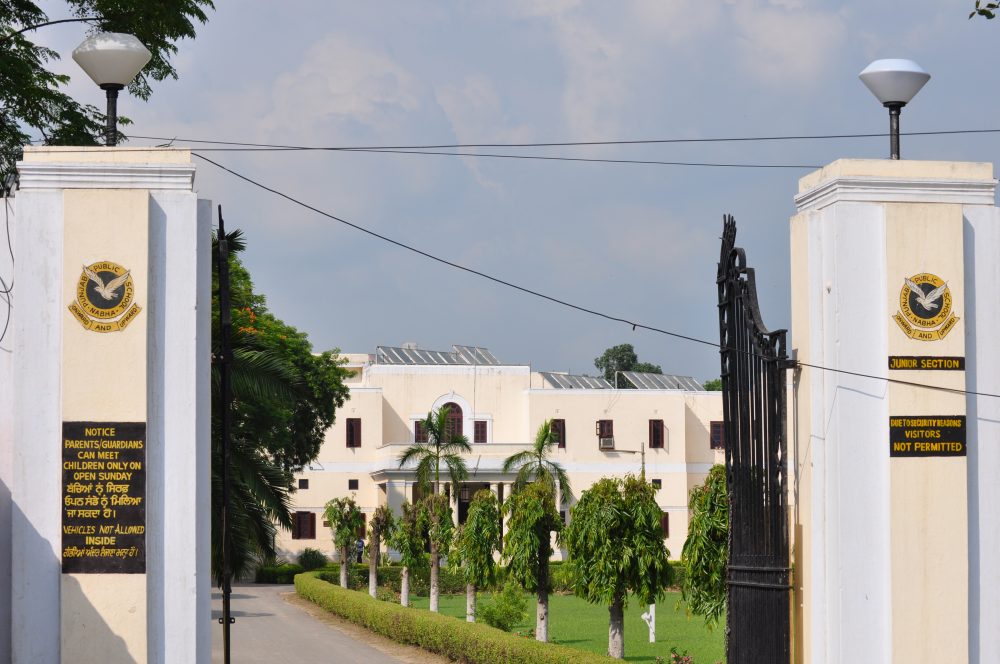 What have I noticed during the past three weeks as being strange? I had not thought that the countryside would be like it is. In the Sahyadris we were used to brown earth and grey rocks for half the year, and to lush greenery, splashing waterfalls, mists and dampness for the other half; cultivation in the valleys and in pockets of hills , trees grouped around the villages and scattered like blobs of green cotton-wool across the floor of the valley below. Here there are trees everywhere and masses of flowers in gardens. The trees cut us off from the vast flat distances and give shelter to a chattering bird population that is not altogether familiar. On the road to Poona I occasionally used to see hornbills with their fantastic beaks and fluttering flights, but here I can see them any evening struggling from tree to tree, their long necks anxiously outstretched. What is that noise like the twanging of an old spring, coming from the top of the tree? There it is, brown beast, long tail, dark grey head- a tree pye. Listen, there’s a call I heard in Saurashtra by the lake near Bhavnagar. “Did he do it? Did he do it?’’ and the dainty red-wattled lapwig circles over the fish ponds waiting for Pasha to go on his bustling way. 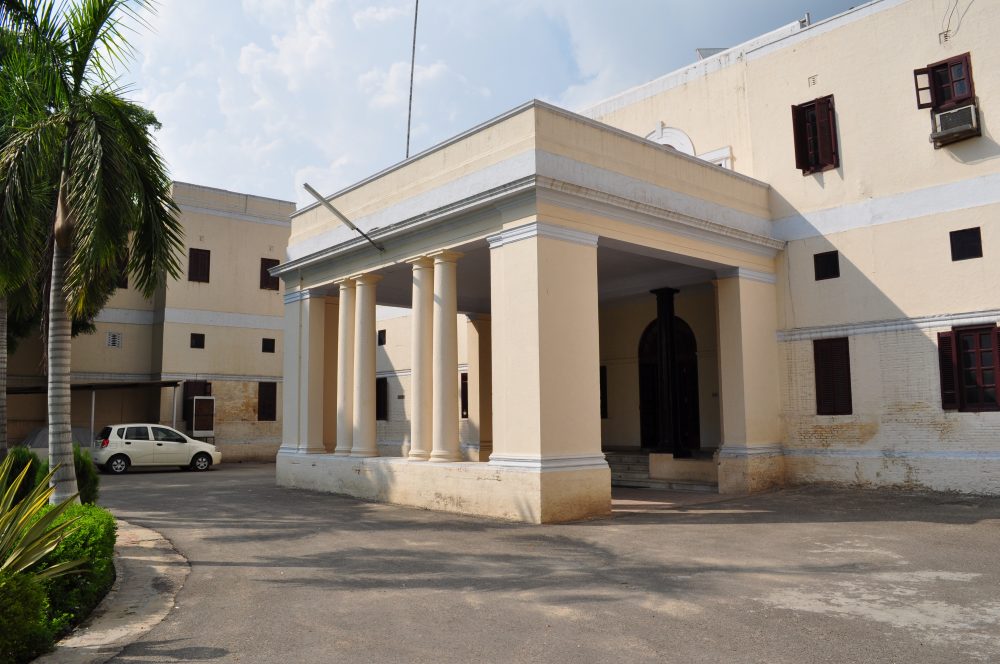 In class I am immediately baffled by all the turbans. They seem to make wearers look so much alike. Shall I ever be able to tell who is who, much less know the boys by name? And the names…… I am used to a school with twenty-seven Shahs and eighteen Patels but here there are Singhs to the power of two hundred. I have known Deepaks, Ashoks, Prafuls, Raheems, but now I have to listen carefully to catch Parminders, Bhupinders, Satinders and Daljeets.

Another thing is the language. In Bombay, in my first flush of enthusiasm, I embarked upon twice weekly Hindi lessons, thinking that the national language would help me to get to know the country and its people. When I tried to use it, I was sadly disillusioned, and only once, when I spent a fortnight in Madhya Pardesh, did I regain anything of my earlier keenness. Not only could I live my daily life in English but I was even able to use it in order to penetrate a fair way under the skin of India. Why spend time on Hindi? Here I find that Hindi really is spoken, and that English is much less understood, in the shops, for example, and by servants. Can I feel that old enthusiasm returning? Are my own endeavours to teach English going to swamp any efforts I may make to take up Hindi again? 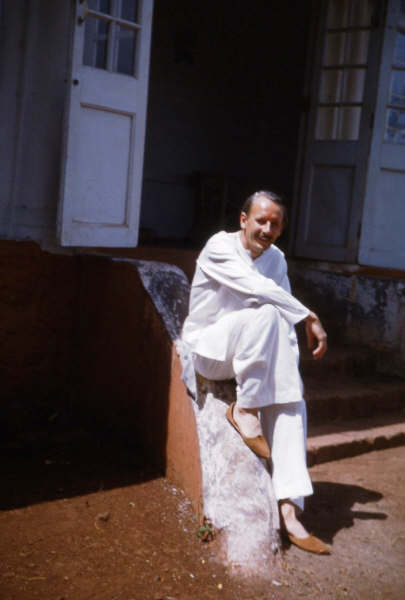 The stairs to a side entrance of Junior School which led to first floor residence of the Voddens in the left and back block.

First impressions are bound to register what is strange but they do also register what is familiar. When we went to Panchgani, we were touched by the kindness that everybody showed us and by the efforts which people made so that we should feel at home. The same thing has happened again: within minutes of our arrival we had noticed things that told us how much thought and effort had been put into preparing for our arrival. Every day since has brought fresh evidence of the general wish to welcome us. Already those bonds of friendship are being forged which will bind us to the boys and staff of the Punjab Public School.