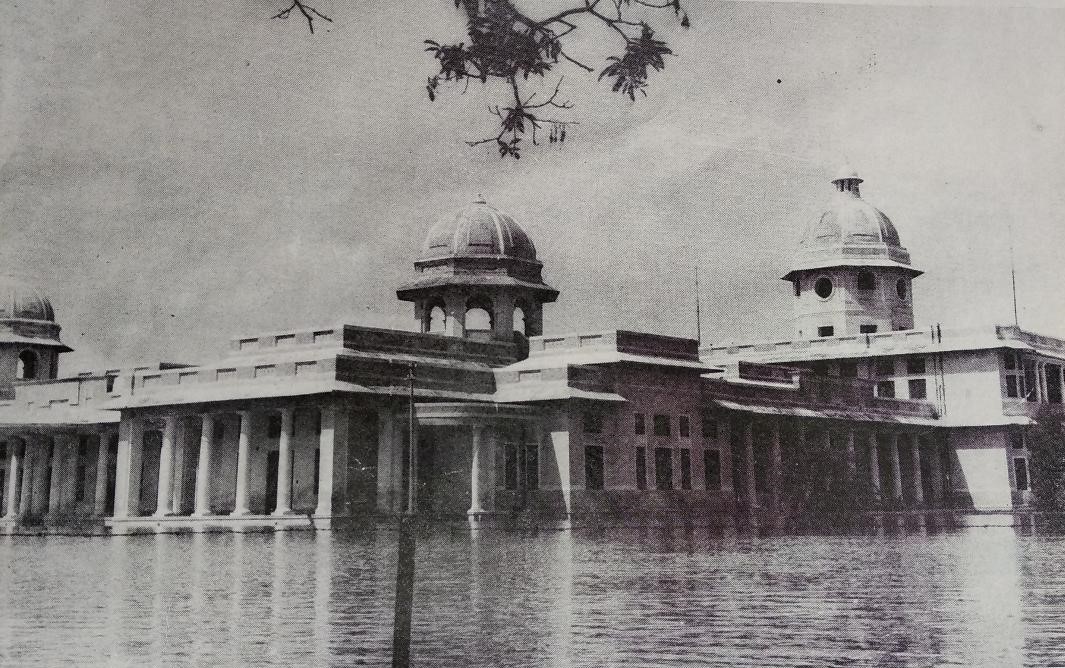 (The first summer (1960) brought incessant rain and flooding. This problem brought the whole staff and students together to face the disaster. It made the whole school work like a team under the leadership of Mr JK Kate. Not a bad beginning for a new school!)

An event that is deeply etched in the memories of staff and old Nabhaites (of 1960) is the flooding of New Secretariat Building (Later Kairon Block). The students were expected to report back to school on August 21, 1960, after the summer vacation, but the persistent rain throughout the night of August 20 and the following day resulted in disastrous waterlogging.

The water level gradually rose precariously and reached the plinth of the New Secretariat. After a few days wait for the water level to subside, Mr Kate decided to evacuate the building and shift base to the Guest House. Tongas, bullock carts and rickshaws were hired and laden with crockery, bedding, clothes, furniture, rations, utensils, etc, to be taken to the Guest House

Meanwhile, breaches in roads and railway tracks compounded the problems for parents who were coming to drop their children from far off places. The crammed Guest House looked more like a refugee camp than a school building and the evening roll call showed that only 60 out of 130 students were present.

When the water level showed no signs of dropping for the next five days, Mr Kate decided to start classes in the Guest House itself. After bringing in the necessary equipment from the New Secretariat, classes began and this routine continued for nearly a month, before MrKate’s patience ran out and he decided to mobilize the boys for operation Clean Up. Pumps were installed and alternate ditches were dug.

On September 27, the underground drainage was once again functional and things were back to normal. During this period, the teachers and students lived in close proximity with each other and this led to closer understanding between the two. Despite the hardships, the great flood is still remembered fondly by many old Nabhaites.

The biggest beneficial fall out of the floods was, that Mr Kate realised , the State guest house could be used as Junior School rather than residential complex as originally planned.

« Previous article
"My Earliest Experience of The PPS!" Next article »
"The First Girl Students"